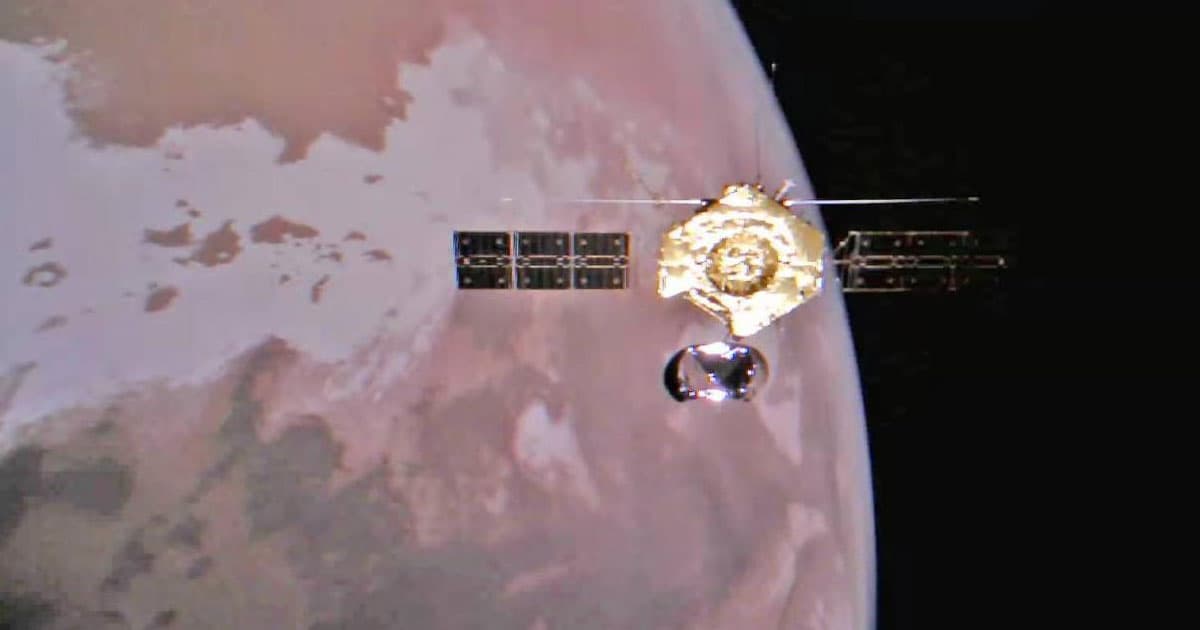 China's Tianwen 1 Mars orbiter has taken some incredible selfies, with the massive surface of the Red Planet photobombing in the background.

One of the epic images shared by the China National Space Administration over the weekend shows a closeup of Tianwen 1 and its solar array while passing by Mars' north pole.

Another image shows off the entirety of the spacecraft for the very first time — a dizzying perspective that looks like it was yanked straight out of a sci-fi movie.

To do so, it had to launch a small camera, which then floated away to snap a picture and transmitted the image back, a technological achievement in and of itself.

The orbiter launched in July 2020 and entered Martian orbit roughly seven months later. In May 2021, it successfully released a rover called Zhurong, which survived its plunge towards the surface below. The historic event made China only the third country to softly land a rover on Mars.

Zhurong has traveled more than 4,500 feet over 224 days, an astonishing achievement considering its initial three month life expectancy, according to the agency.

Meanwhile in the planet's orbit, Tianwen 1 has "obtained and transmitted nearly 540 gigabytes of data" and "still has sufficient energy" while being "in good condition," according to the CNSA's statement.

We will likely hear more from China's orbiter as it explores the geology and magnetic field of Mars in the upcoming months. The planet's north pole is of particular interest as it is suspected to hold huge reservoirs of water ice — possibly a crucial aspect of surviving on Mars long term.