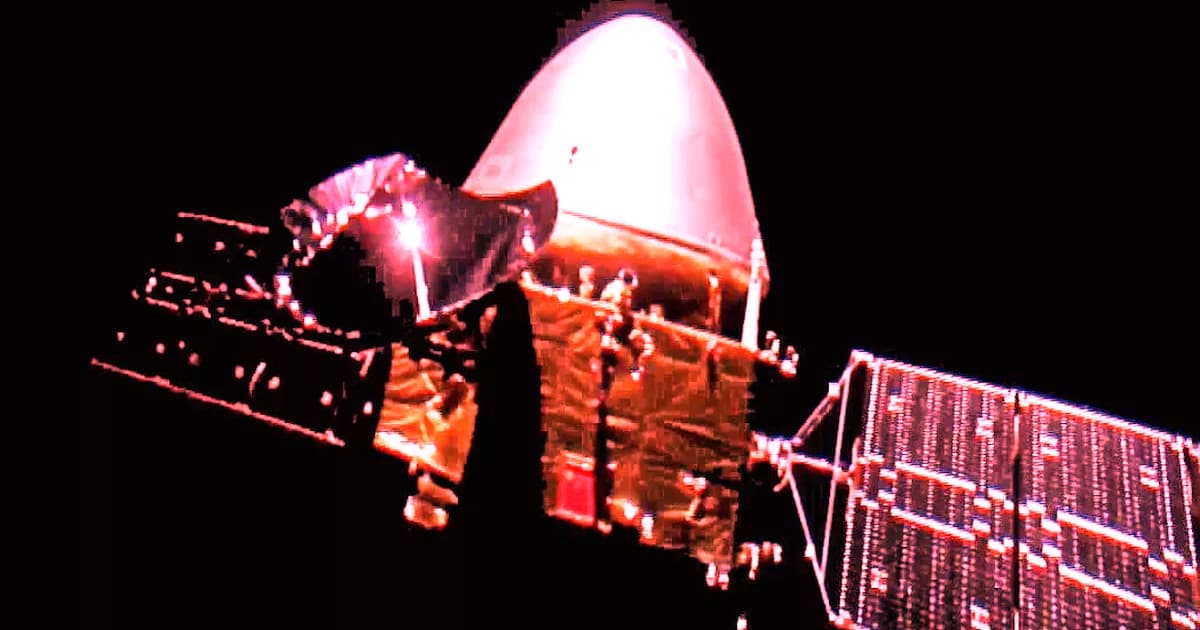 It's getting crowded over there!

It's getting crowded over there!

Tianwen-1, which is the China National Space Administration's first interplanetary mission, will now spend the next few months orbiting close to Mars' surface to take high-resolution images of the planet and study its environment and magnetic field before ultimately attempting to land, according to SpaceNews. Assuming the mission continues to go well, Mars is poised to become the second country to ever successfully land a vehicle on the Martian surface.

The Chinese spacecraft joins Hope, an orbiter launched by the United Arab Emirates, which reached Mars orbit just one day prior. But Hope will remain in orbit, waving goodbye as Tianwen-1 and NASA's Perseverance rover, currently en route, eventually make their way down to the surface.

But part of the point of the mission, Macau University of Science and Technology researcher Zhang Xiaoping told SpaceNews, is to plan ahead for crewed missions in the future. In particular, that includes mapping out the locations of ice on and under the Martian surface.

"We want to use the radar system to measure the subsurface structure of the Martian surface, especially for the buried water ice," Zhang told SpaceNews, "This would allow us to study not only the underlying geologic structures of Mars, but also the potential source of water ice that supplies long-term human stay."

What Lies Beneath
Researchers Say "Conan the Bacterium" Could Be Hidden Beneath Mars’ Surface
10. 30. 22
Read More
Whack-an-Alien
Chinese Scientists Say They May Have Detected Signal From Extraterrestrial Intelligence, But Probably Not
6. 14. 22
Read More
Space Lumps
Scientists Say We May Be Extremely Wrong About the Universe
4. 28. 22
Read More
+Social+Newsletter
TopicsAbout UsContact Us
Copyright ©, Camden Media Inc All Rights Reserved. See our User Agreement, Privacy Policy and Data Use Policy. The material on this site may not be reproduced, distributed, transmitted, cached or otherwise used, except with prior written permission of Futurism. Articles may contain affiliate links which enable us to share in the revenue of any purchases made.
Fonts by Typekit and Monotype.