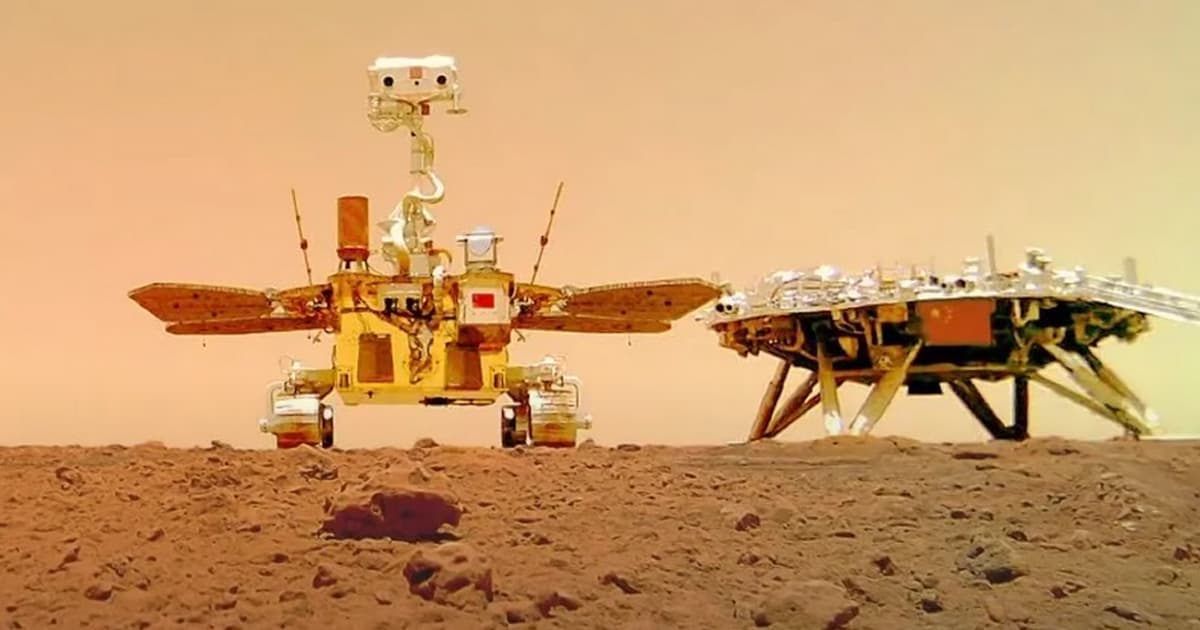 Tracks in the Sand

China Releases Beautiful New Photos from the Surface of Mars

The country's rover and lander are in good health.

The country's rover and lander are in good health.

China's Zhurong rover has spent the last 100 Earth days roaming the desolate landscapes of Mars. To celebrate the momentous occasion, China's space agency released a number of photos showing the path the rover has taken since leaving behind the Tianwen-1 orbiter that brought it there in May, the South China Morning Post reports.

The gorgeous red landscapes, one of which is a wide panorama, were taken last Tuesday by the orbiter  — proof that China's first Mars mission is well underway.

If you look closely, the panorama shows the tire tracks of the Zhurong rover in the center.

Both the rover and the orbiter are "in good condition and functioning properly," according to state-run news agency Xinhua.

The rover has moved more than one kilometer (1,064 meters to be precise) south ever since being released by the lander to study the boundary between what is believed to be an ancient sea bed and land in the southern region of the Utopia Planitia, a massive plain in the planet's northern hemisphere.

Both the orbiter and rover will lose communications some time next month as the Sun will interrupt the signal by traveling between Mars and the Earth, according to the space agency.

China became only the third country to softly land a spacecraft on Mars in May, after the US and the Soviet Union (though the latter's effort, in 1971, was extremely underwhelming).

If all goes according to plan, this is only the beginning of a series of ambitious Mars missions by China. The country is hoping to retrieve Martian soil samples some time in 2030 and send astronauts to there as soon as 2033, according to SCMP.

NASA has also made considerable headway in studying the Red Planet up close, successfully landing on eight occasions. But with unprecedented investment in space travel, China may just have a chance to close the gap.