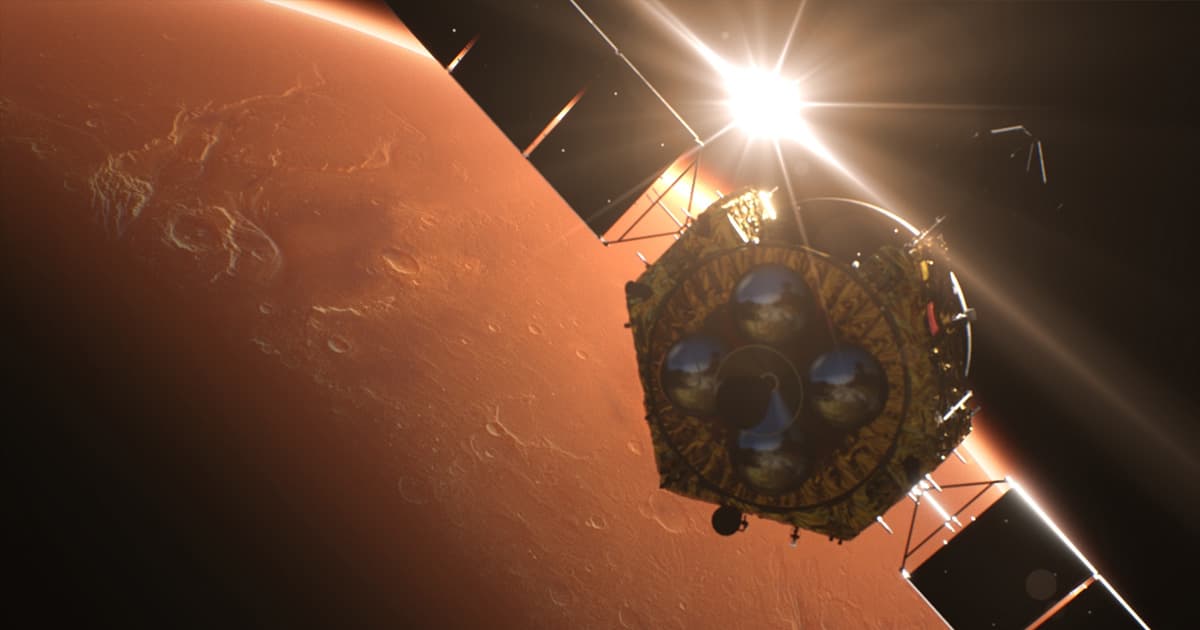 That's one hell of a view.

That's one hell of a view.

The images were taken from a distance of about 330 to 350 kilometers above the surface of Mars, with a resolution of just over two feet — revealing extraordinary details of the planet's surface.

A third, full-color image shows the Red Planet's swirling north pole, taken from a distance of 5,000 kilometers. The image will help scientists observe and study how sandstorms form on the planet's surface.

Tianwen-1 entered its Martian orbit on February 24 and since then has aimed its cameras and spectrometer at the surface below. The mission's lander and rover will attempt to make their descent as soon as May, according to SCMP.

Once it lands, the rover will be joining NASA's Perseverance rover on the Martian surface. It won't be anywhere near the six-wheeled rover, however. According to CNSA coordinates released last year, Tianwen-1 will land in the southern portion of Utopia Planitia, a large plain where scientists suspect large amounts of underground ice to be.

Perseverance, in contrast, landed in the Jezero Crater, found in an entirely different region of Mars called the Isidis Basin.