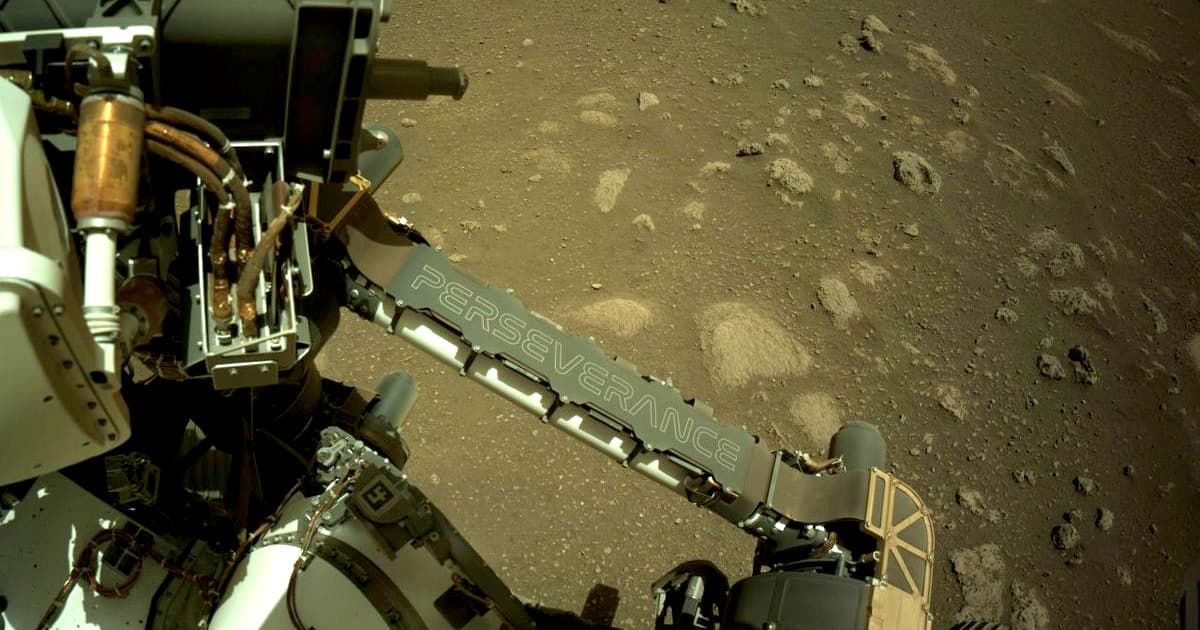 "Warming up for a marathon of science."

"Warming up for a marathon of science."

It's been 14 days since NASA's Mars rover Perseverance landed on the Martian surface.

Over that period, the lonely rover has been able to stretch and get ready for show time.

"This week I’ve been doing lots of health checkouts, getting ready to get to work," NASA tweeted from the rover's official Twitter account on Wednesday. "I’ve checked many tasks off my list, including instrument tests, imaging, and getting my arm moving."

"Warming up for a marathon of science," the six-wheeled rover tweeted.

This week I’ve been doing lots of health checkouts, getting ready to get to work. I’ve checked many tasks off my list, including instrument tests, imaging, and getting my arm moving. Warming up for a marathon of science. pic.twitter.com/A0aqhWVo5T

Perseverance, lovingly nicknamed "Percy" by the media, is decked out with a host of sophisticated scientific instruments to look for signs of ancient life in the surrounding Jezero Crater, a region suspected to be an ancient, dried up river delta.

Some of those instruments are attached to a seven-foot robotic arm. The arm has five degrees of freedom thanks to specially designed actuators. At the end of its arm is the "turret," which carries "scientific cameras, mineral and chemical analyzers for studying the past habitability of Mars," according to NASA's website.

The arm also holds a drill designed to extract core samples. Some of these samples will be packaged up to be returned to Earth during a later mission to Mars.

It's exciting to see Perseverance jump into action. It won't be long until the rover will be able to send back its first set of invaluable scientific data.

Stay tuned: NASA will be holding a press conference tomorrow at 3:30 pm EST for an update.

More on Perseverance: All the Easter Eggs NASA Engineers Left on the Mars Rover