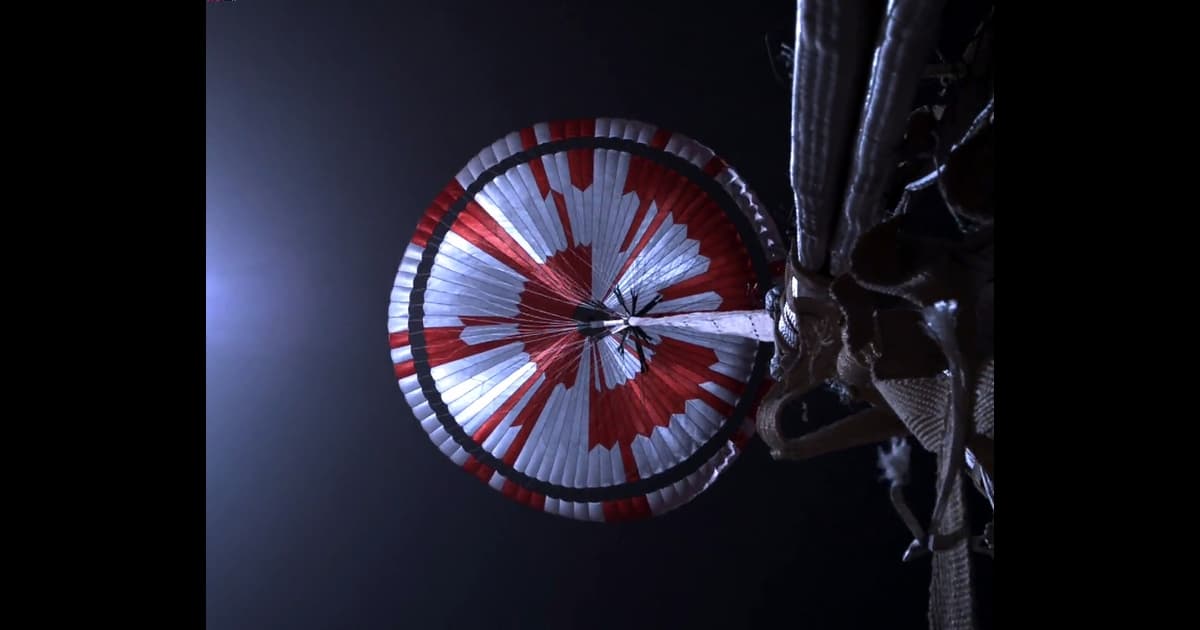 All the Easter Eggs NASA Engineers Left on the Mars Rover

Here's what it — and all the other Easter Eggs they left — said.

Here's what it — and all the other Easter Eggs they left — said.

We already heard a little about the Easter Eggs that NASA left on the Perseverance Mars rover. This weekend, we're learning a little bit more.

"Sometimes we leave messages in our work for others to find for that purpose. So we invite you all to give it a shot and show your work."

That was the call to action issued by Allen Chen, engineer of Perseverance’s landing system, at a press conference last week, according to The New York Times. Chen was narrating a video of the rover as it deployed its distinct orange and white patterned parachute, and spoke of his hope that the mission would inspire others.

Though Chen made the remark nonchalantly, many watching picked up on what he was actually saying: The pattern on the parachute was actually a secret code.

The code came courtesy of Ian Clark, a systems engineer for NASA's Jet Propulsion Laboratory. Clark spent three years helping design the parachute for Perseverance. His team knew that the parachute’s design needed a pattern to help engineers recognize its orientation as it fell.

So, for fun, they decided to embed a secret message in it.

"DARE MIGHTY THINGS" is what they encoded on each layer of the parachute's inner rings using binary. It's a motto borrowed from Theodore Roosevelt’s "Strenuous Life" speech, and it's often used in buildings throughout JPL's campus. The outer rings also include the coordinates for JPL's headquarters in Pasadena, California.

"Week after week, I definitely never got tired of reading 'Dare Mighty Things,'" Clark told CNN. "And it's not just the phrase, but it’s even the broader context of the speech. This great inspirational message really represented the culture of JPL and NASA as a whole."

The motto on the parachute isn’t the only Easter egg included on the Perseverance mission. The rover also includes a small "family portrait" of all the Mars rovers to date on it.

NASA has a history of including fun Easter eggs for folks to uncover over the course of their Mars missions. For example, they included small holes in the wheels of The Curiosity rover that left "JPL" in Morse code as it drove around the Martian surface.

Fingers crossed that we'll uncover more during Perseverance’s tenure on the Red Planet. They're fun, stimulating, and inspiring — everything you could want from a NASA mission.