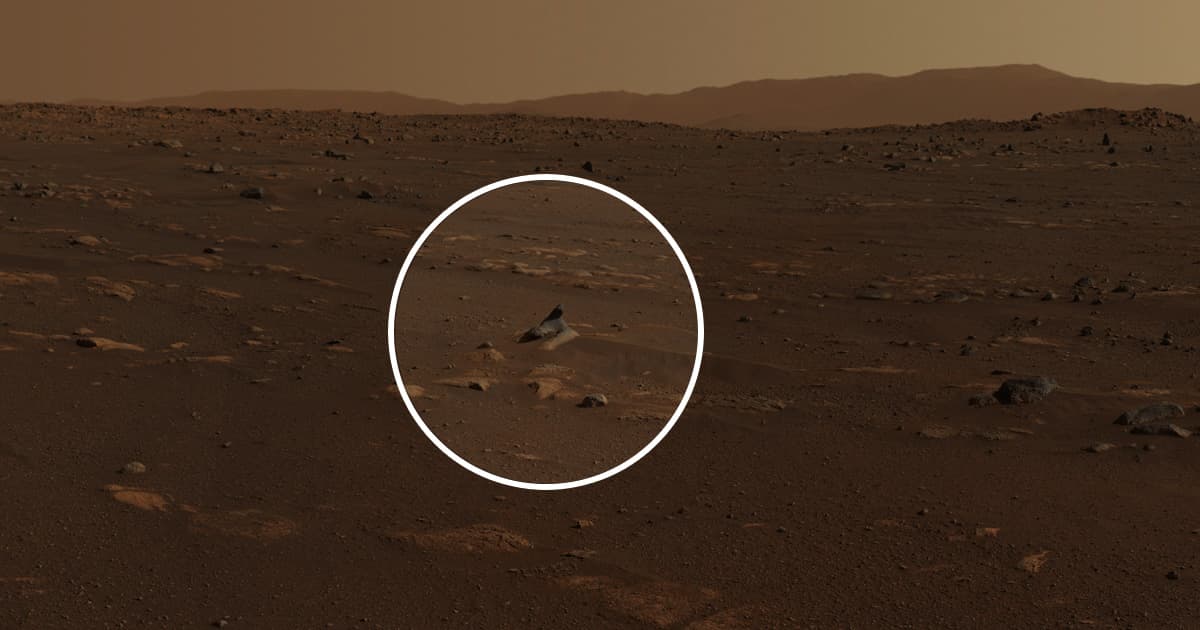 NASA is embarking on its next exciting adventure on the Martian surface — and lucky for us, the agency's taking us along for the ride.

Earlier this week, NASA released a stunning high-res panorama taken by Perseverance's Mastcam-Z camera and later stitched together by engineers at the agency's Jet Propulsion Lab in Pasadena, California.

The image shows an incredible amount of detail. It allows you to get an unprecedented look at the surrounding Jezero Crater, a region on Mars that's suspected to be a dried-up ancient river delta. Suspected.

Among the countless rocks, the scientists spotted a rather strange outcropping. A dark, unusually tall stone stands out in the rocky landscape. Thanks to its aquatic mammal-like shape, the team has already nicknamed it "Harbor Seal Rock," according to Mastcam-Z principal investigator Jim Bell, who spoke during a Thursday webcast, as quoted by Space.com.

The rock was likely formed over countless years of harsh winds battering down on the crater.

The panorama also showed an area near the rover where the dust was blown away by Perseverance's "sky crane," a rocket-powered descent stage that the rover used to gently glide down to the surface below on February 18.

Other areas just like it showed scarred rocks the scientists believe may the result of volcanic activity — but investigations have yet to begin so they're not quite ready to hazard a guess yet.

Luckily, we will soon get an even closer look at Perseverance's surroundings. Once the rover switches to surface-optimized software, a four day process that has already kicked off, Perseverance will enable panoramas that are three times as sharp.