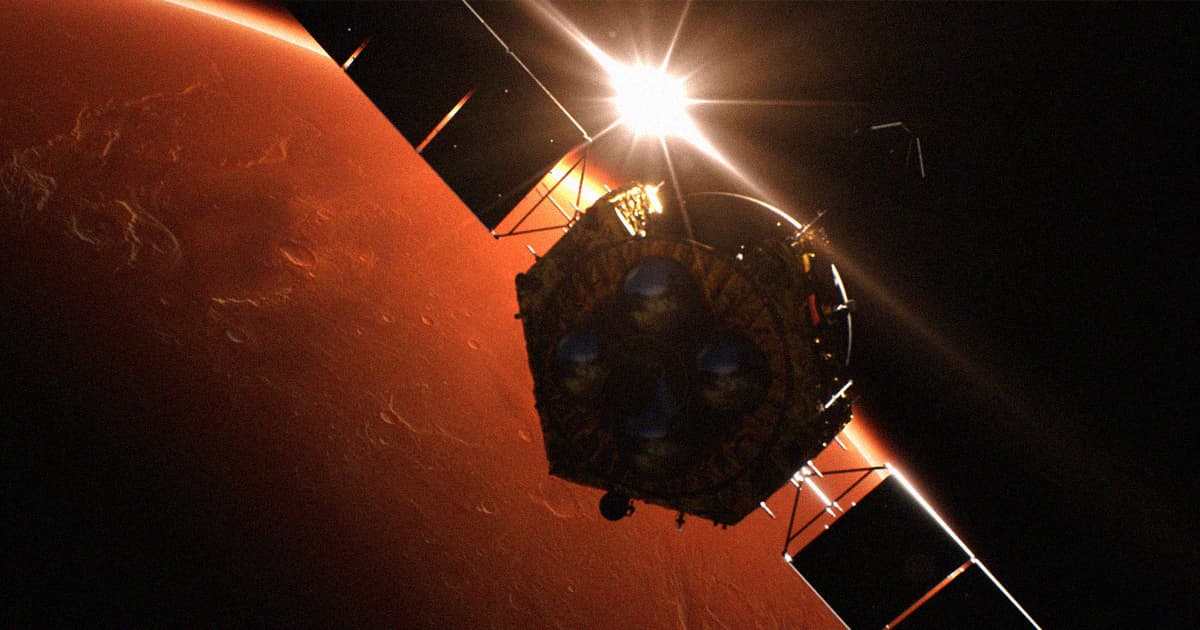 China Shared Information With NASA About Its Mars Orbiter

It was an exceedingly rare instance of China-US space cooperation, as NASA largely relies on publicly available information about China's space program.

"Most recently, we had an exchange with them on them providing their orbital data, their ephemeris data, for their Tianwen-1 Mars orbiting mission, so we could do conjunction analysis around Mars with the orbiters," Jurczyk said during a March 23 meeting of the Federal Aviation Administration's Commercial Space Transportation Advisory Committee, as quoted by SpaceNews.

In a statement to SpaceNews, NASA noted that the agency also coordinated with the UAE, the European Space Agency, and the Indian Space Research Organization, "all of which have spacecraft in orbit around Mars, to exchange information on our respective Mars missions to ensure the safety of our respective spacecraft."

Considering only a handful of spacecraft are currently orbiting Mars, a collision is extremely unlikely — but space agencies are trying to mitigate any possible risk due to the immense costs of any possible mishap.

China launched its Tianwen-1 Mars mission in July 2020, with the orbiter entering Martian orbit in February. The rest of the world has been largely kept in the dark, with only limited information being made available publicly about the spacecraft's orbit.

It's still unclear if the country will release any further information when Tianwen-1's lander will attempt to break through the Martian atmosphere some time in May.

Shoo
Scientists Warn Giant Asteroid Is Actually Swarm, Nearly Impossible to Destroy
Tuesday
Read More
A Sip of Opal
NASA Discovers Precious Gemstones on Mars
Jan 9
Read More
And He Scores
We Are Completely Puzzled by This Video of a Chinese Astronaut Playing Ping-Pong in Space
Jan 6
Read More
+Social+Newsletter
TopicsAbout UsContact Us
Copyright ©, Camden Media Inc All Rights Reserved. See our User Agreement, Privacy Policy and Data Use Policy. The material on this site may not be reproduced, distributed, transmitted, cached or otherwise used, except with prior written permission of Futurism. Articles may contain affiliate links which enable us to share in the revenue of any purchases made.
Fonts by Typekit and Monotype.