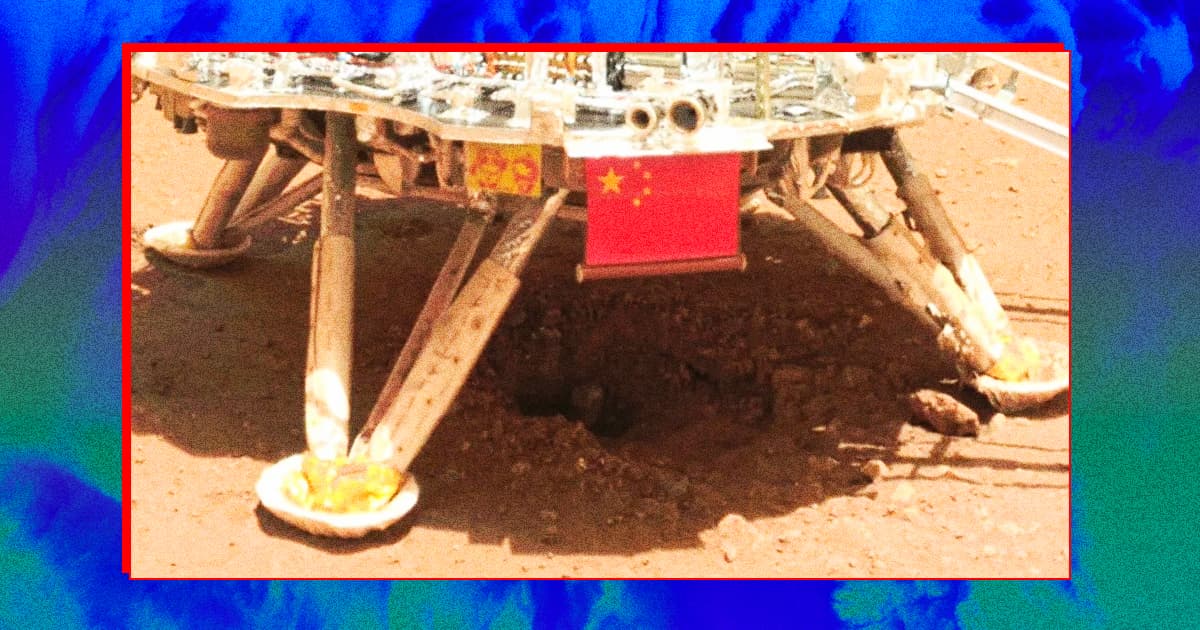 Dedicated Mars watchers will recall that this morning, China released new photos from the Red Planet that showed off its lander, rover, and the beautiful landscape of the Utopia Planitia.

Space journalist Jonathan O'Callaghan pointed out something interesting about one of the photos: you can see a deep hole that the lander punched in the Martian ground — a fun observation, but also a physical effect that could have profound implications for the future of Mars explanation.

Phil Metzger, a planetary scientist at the University of Central Florida, said that the hole could have outsize implications for heavier landings.

"Now that's a crater," Metzger tweeted. "Note the steep sides of the hole due to the cohesion of the soil. Now imagine a 40 ton lander and how big its hole will be. That hole will likely collapse (especially as the hole dries out over the coming weeks) sapping soil away from the footpads."

SpaceX's in-development Starship, for comparison, is projected to have a dry weight of some 85 tons. But that's not all, Metzger said.

"This soil sapping from the footpads may induce tilting of the lander," he continued. "That's 1 of the 3 risks of landing very large landers on Mars. The 2nd is ejecta hitting the lander as the rocket exhaust comes back up from the hole before engine cutoff. 3rd: hitting surrounding hardware."

Will rocket scientists figure out how to safely land on Mars' soft soil? Quite possibly. But for now, facetious theories about the hole abound.

"Either that or a very angry Martian coming out of it's burrow to see what all the fuss is about," tweeted New Scientist's deputy news editor Jacob Aron.