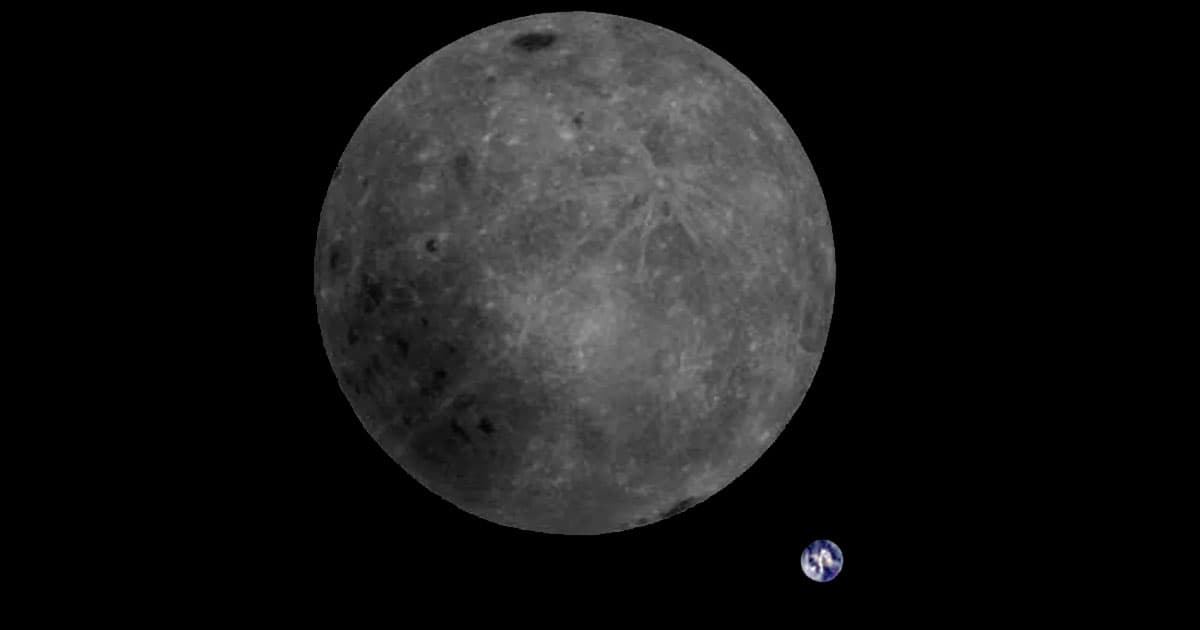 Beautiful New Photo Shows the Moon With Earth In the Background

Check out the latest photo of our "Pale Blue Dot."

Check out the latest photo of our "Pale Blue Dot."

We've seen it before, but never this clearly.  For the first time, China's Longjiang-2 satellite photographed the entirety of the Moon's far side and the Earth in a single shot, Popular Mechanics reports.

The 16 kilobyte image was downloaded by the Dutch Dwingeloo Radio Telescope over the course of about 20 minutes.

We already received images taken by the satellite of the Moon and Earth back in October. But this new one is the first that shows the Moon in its entirety.

Earlier photos showed off the Moon with the Moon in the foreground, reminiscent of NASA's Apollo missions.

It lost its twin satellite Longjiang-1 back in May 2018 when it spun off and lost contact with the Chinese National Space Administration back on Earth.

Queqiao and Longjiang-2 are still orbiting the moon, though, so we'll likely see many more stunning images of our closest neighbor in the future.