It's the first time humans have ever successfully grown anything on the lunar surface. 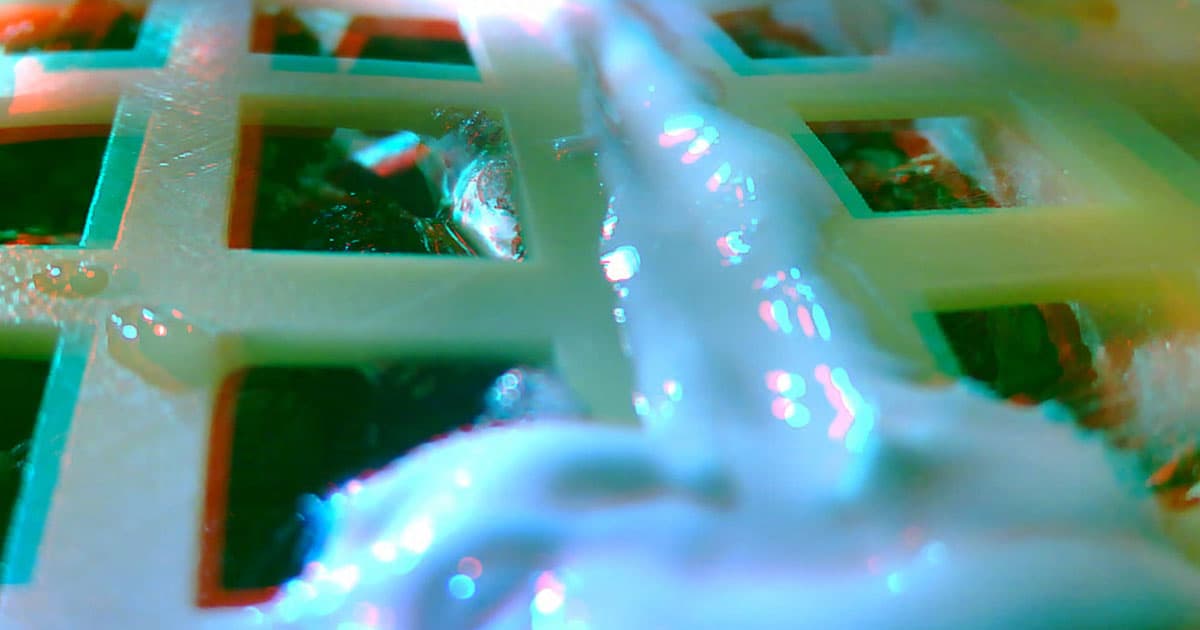 For the first time in history, humans have grown something on the surface of the Moon.

When China's Chang'e-4 lander left on its journey to the far side of the Moon — the less-studied, mountainous half that faces away from the Earth — it brought along seeds and other Earth-based species including fruit flies and yeast in a sealed growing container.

Now its cotton seeds have officially sprouted, Chinese news site Xinhua reports. It's a historic moment: it's the first biological experiment of any kind on the surface of another world.

First in human history: A cotton seed brought to the moon by China's Chang'e 4 probe has sprouted, the latest test photo has shown, marking the completion of humankind's first biological experiment on the moon pic.twitter.com/CSSbgEoZmC

Earthling scientists have grown plenty of things in outer space — experiments aboard the International Space Station, for instance, have managed to root zucchini plants.

The experiment on the Moon is being carried out by researchers and students at Chongqing University in central China. An identical control experiment back on Earth has seen a lot more growth so far, GB Times reports.

The canister was fully sealed to protect the seeds from radiation and extreme temperatures, the South China Morning Post reports. But it did allow in light for photosynthesis — it even generated some oxygen for the fruit flies that were also placed inside the container.

Chang’e-4 launched on Dec. 7 to explore the differences between the far and near side of the Moon in terms of their mineral composition and structure. But its biological experiments could lay the groundwork for future missions to the Moon or even colonization — and redefine the way we look at our closest neighbor.

More on China's Chang'e-4 lander: See China’s Lunar Rover Set Off Across the Far Side of the Moon

Read This Next
And He Scores
We Are Completely Puzzled by This Video of a Chinese Astronaut Playing Ping-Pong in Space
Moon Wrestling
The Head of NASA Is Scared Chinese Astronauts Will Seize Portions of the Moon
Monkey Business
China Plans to Send Monkeys to Space Station to Have Sex With Each Other
Next Time
NASA Cancels First Launch Attempt of Uber Expensive Moon Rocket
Back to the Moon
NASA: SpaceX Only Has to Prove It Can Land Astronauts on Moon, Not Bring Them Home Again
More on Off World
Trashing Orbit
7:17 PM on the byte
Elon Musk Says SpaceX May Build Starship That Dies on Purpose
Cat and Mouse
3:38 PM on the byte
SpaceX to Launch "Hunter" Satellites for Targeting Rival Spacecraft
Space In Space
1:44 PM on the byte
NASA Official Admits There's a Bit of an Issue on the Space Station
READ MORE STORIES ABOUT / Off World
Keep up.
Subscribe to our daily newsletter to keep in touch with the subjects shaping our future.
+Social+Newsletter
TopicsAbout UsContact Us
Copyright ©, Camden Media Inc All Rights Reserved. See our User Agreement, Privacy Policy and Data Use Policy. The material on this site may not be reproduced, distributed, transmitted, cached or otherwise used, except with prior written permission of Futurism. Articles may contain affiliate links which enable us to share in the revenue of any purchases made.
Fonts by Typekit and Monotype.