By the end of the decade, it wants to bring the first-ever samples back from the Red Planet. 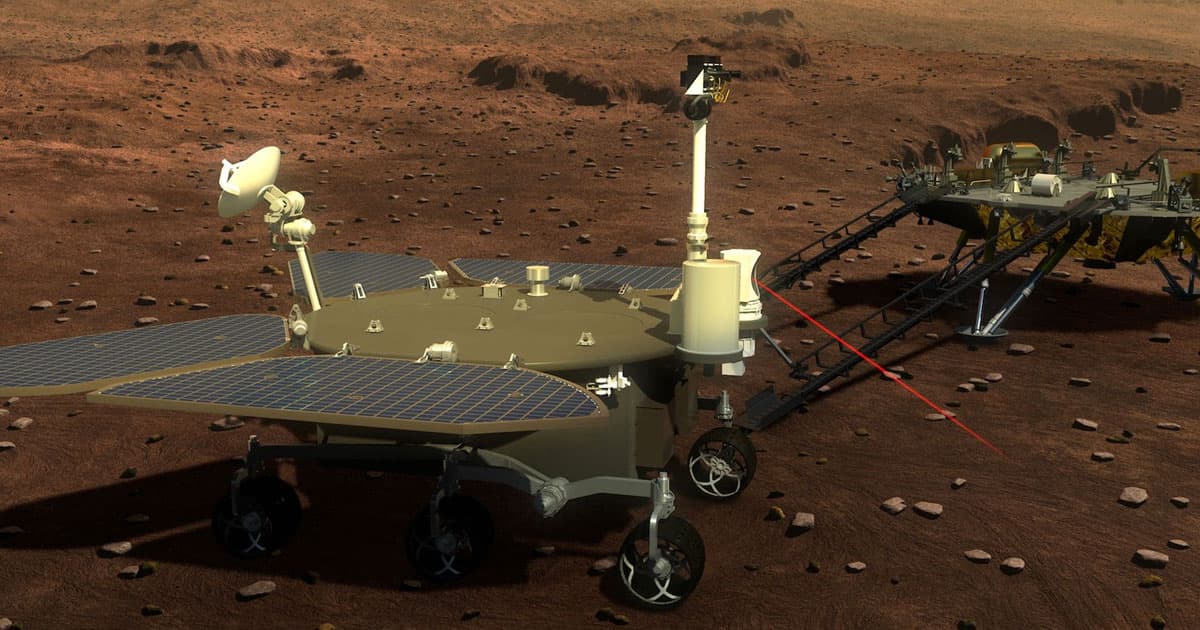 China won't be the first country to retrieve lunar soil samples at the end of 2019 as part of its upcoming Chang'e-5 mission — NASA pulled off that feat in 1969.

But if all goes according to plan, the country could make history with an even more ambitious endeavor, by bringing back samples of Martian soil in 2030.

China's space agency renewed its promises to launch future Mars exploration missions — including a mission to the Red Planet as early as next year.

And if the country's recent space exploration missions are anything to go by, if it might just make it there. China's National Space Administration successfully landed a spacecraft on the far side of the Moon earlier this year, and even managed to sprout a couple of cotton seeds inside an enclosed container.

But one step at a time. China's HX-1 — a six-wheeled lander slated for touchdown on Mars in 2021 — will explore the internal structure of the planet without grabbing a souvenir to bring back to Earth. It will however be a key step in China's future efforts to bring back samples from Mars by 2030.

Getting there — retrieving samples or not — is far from easy to say the least. But considering the successes of China's recent lunar missions, it might not be as much of a stretch.

READ MORE: China wants to launch to Mars next year — part of an ambitious plan to bring the first Martian soil samples back to Earth [Business Insider]

More on China's lunar missions: Bad News: That Moon Plant Everybody Was Talking About Is Dead

Read This Next
And He Scores
We Are Completely Puzzled by This Video of a Chinese Astronaut Playing Ping-Pong in Space
Moon Wrestling
The Head of NASA Is Scared Chinese Astronauts Will Seize Portions of the Moon
Monkey Business
China Plans to Send Monkeys to Space Station to Have Sex With Each Other
Sanctions Chess
Russia Says It'll Buy Space Parts From China, But China Says Uhhh Not So Fast
Sleek and Shiny
China's New Space Station Looks Like an Apple Store Inside
More on Off World
Trashing Orbit
Yesterday on the byte
Elon Musk Says SpaceX May Build Starship That Dies on Purpose
Cat and Mouse
Yesterday on the byte
SpaceX to Launch "Hunter" Satellites for Targeting Rival Spacecraft
Space In Space
Yesterday on the byte
NASA Official Admits There's a Bit of an Issue on the Space Station
READ MORE STORIES ABOUT / Off World
Keep up.
Subscribe to our daily newsletter to keep in touch with the subjects shaping our future.
+Social+Newsletter
TopicsAbout UsContact Us
Copyright ©, Camden Media Inc All Rights Reserved. See our User Agreement, Privacy Policy and Data Use Policy. The material on this site may not be reproduced, distributed, transmitted, cached or otherwise used, except with prior written permission of Futurism. Articles may contain affiliate links which enable us to share in the revenue of any purchases made.
Fonts by Typekit and Monotype.