"Like Horoscope Readings!": The Scammy World of DNA Test Startups

They claim to scan your genetic code for everything from physical features to personality traits. The only problem? Experts say it's a complete scam. 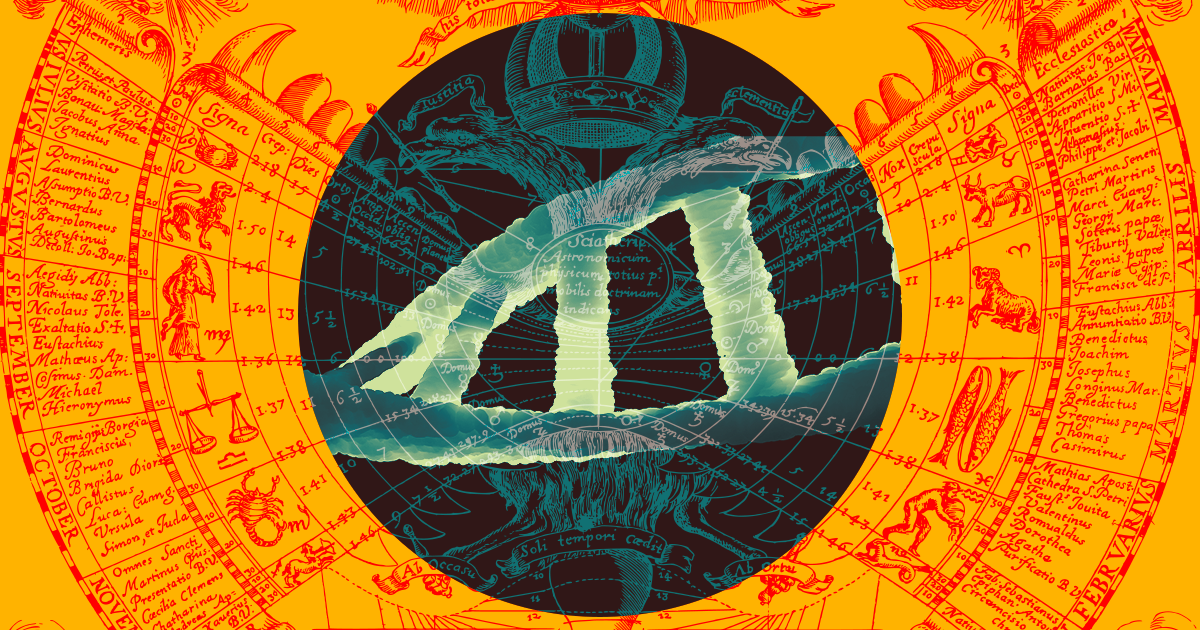 In the spring of 2017, a college student named Mary spit into a tube and sent it to the DNA testing company Ancestry, which analyzed it and sent back a breakdown of her family history.

But Mary wanted to know more. The human genome contains, in theory, an extraordinary wealth of pre-programmed information about who we are and who we might become: whether she was at risk for the same types of cancer that killed her parents, for instance, or if she had medical conditions she could unknowingly pass on to her children.

For that information, Mary — we're withholding her last name to protect her privacy — turned to a dubious new sector of the genomics industry, in which startups claim to provide vastly greater insights than prominent companies like Ancestry and 23andMe do. She uploaded a copy of her raw genetic code, which Ancestry provided as a 17.6 megabyte text file, to a site called Genomelink, which advertises tests for everything from medical conditions and mental illnesses to ludicrously specific personality traits including "loneliness," "social communication problems," and "vulnerability to helicopter parenting."

But when her results arrived, Mary immediately noticed that many were "wildly inaccurate." Genomelink said she was "less easily depressed," but Mary was diagnosed with clinical depression at a young age. The startup predicted that she had a peanut allergy, but Mary told Futurism that "peanut butter is one of the true loves of my life." Other errors in Mary's report included traits like blood iron levels, body fat measurements, hearing problems, height, and skin complexion.

"I felt that much of it was off-base and unhelpful," she told Futurism, "as it didn't fit me at all."

Genomelink is just one of a growing number of shady DNA testing startups now operating in the regulatory Wild West of commercial genomics.

There's GenePlaza, for instance, which sold a DNA test that claimed to predict users' sexual preferences — and still sells tests that purport to measure intelligence and risk of depression. A company called Soccer Genomics claims to examine a child's DNA to create a sports training regimen to turn them into the perfect soccer player. An outfit called GenoPalate told a Milwaukee Journal Sentinel reporter that their DNA demanded a diet of elk meat and passion fruit. A venture called Vinome claims it can recommend the perfect wine for each person based on their genetic code.

The problem, according to experts, is that these companies are promising information about DNA with a granularity that even scientists can't deliver. Deanna Church, a geneticist at the biotech company Inscripta, told Futurism the tests are "all equally useless."

"There is not a scientific basis for this sort of testing," she said. "I certainly would not recommend anyone spend any money on this sort of thing."

But thousands of people are doing just that — and receiving supposed facts about themselves that have little or no scientific grounding. This can cause problems — Genomelink customers could feasibly see their predictions for traits like "gluten sensitivity," "longevity," or "alcohol drinking behavior," assume the results are valid, and make ill-informed lifestyle or medical changes based on the results.

And other Genomelink customers agree with Mary: the results just don’t hold up.

"It sometimes feels like horoscope readings!" one woman told Futurism. "Many seem like self-perception results. How can I know if they are correct when what I feel about it may only be my perception rather than a fact?"

Another concern is privacy. Genomelink tells customers they can request to have their data scrubbed from the company’s servers, but all it takes is one corporate acquisition — or potentially a generous enough bid for the stores of personal data — for that to change. Underlying the phenomenon is an unavoidable economic reality: It's getting incredibly cheap to have your DNA sequenced. Just ten years ago, it cost nearly $100,000 to produce a full human genome, according to the National Human Genome Research Institute. Today, an Ancestry kit costs just $59.

These increasingly-affordable tests are tantalizing — your DNA is essentially a personal blueprint that dictates everything from your susceptibility to specific diseases to your eye color. While our environments and lifestyles play major roles in who and what we become, the influence of DNA is vast.

The ability to interpret DNA's full influence, however, still eludes us. Geneticists have only started to crack DNA's code, and experts told Futurism that they're nowhere near able to predict something as complex as personality traits — and that any startup claiming to do so should raise immediate red flags.

"I think it's fair to say that by and large, most of these tests are not useful at the moment," Shoumita Dasgupta, a biomedical geneticist at the Boston University School of Medicine, told Futurism. "Maybe it’s just me being cynical, but I think it's simply greed that is driving people to develop these tools for which there is limited scientific justification at best."

"I know that many of the DNA traits may not be true," Takano said in an interview with Futurism.

Takano did point toward some steps Genomelink has taken to communicate its own limitations. Every time a Genomelink customer gets a new trait report, he said, it comes with information that indicates how reliable the prediction is, along with a breakdown of the rigor of the studies it's based on.

Takano also defended the company by saying that it doesn't explicitly recommend lifestyle changes based on results.

"What we want to do here is communicate that limitation too," he said. "Many of our users, myself included, want to know where is the science today."

Overall, Takano said, he sees Genomelink as an entertainment product as much as an educational one — an idea that was harshly rebuked by experts.

"I think it is concerning when the line between medical testing and 'entertainment' is blurred," Gillian Hooker, President-Elect of the National Society of Genetic Counselors, told Futurism. "Imagery and language that indicates a test may be medically useful could be very misleading when there's limited or no evidence to support its use."

"And I think there is a particular vulnerability when you involve conditions that are poorly understood scientifically, physically and emotionally challenging and for which people may be seeking answers that science has yet to uncover," Hooker added, listing traits like depression, allergies, vitamin reports, and food sensitivities — all of which Genomelink claims to identify.

Make no mistake: DNA tests can already provide doctors with valuable information about patients' health, and Hooker often helps patients navigate them in her clinical practice. Genetic assessments can help oncologists determine whether their patients have a high risk of cancer, for instance, and how best to treat any existing tumors.

It might be simplest to picture DNA as an extremely intricate instruction manual. DNA exists as a long string of molecules called nucleotides, which include one of four molecular components. The order of those four components, read from one end to the other, guides the biological machinery found in every cell as it assembles and operates the human body.

Hooker said DNA screens will likely provide useful tools for cardiologists, neurologists, pediatricians, and also for prenatal caregivers. But the science to support tests for mental illness and intelligence — already a poorly-defined metric — isn't there yet.

Because this realm of science is so new, Hooker recommends that patients consult with trained genetic counselors who can offer specialized guidance to make sure tests will yield useful info and help people understand and come to terms with their results afterward.

Mary took her results with a grain of salt and realized that Genomelink wasn't giving her valid interpretations of her DNA. But others could easily be misled — Mary said that she feels Genomelink never communicated to her the scientific limitations of its reports.

"Personally, I find it irresponsible to market products of this type," Dasgupta, the geneticist from Boston, told Futurism, because providing genetic trait reports that are validated by robust science alongside flimsier predictions lends authority to the latter.

She added: "We can't expect the average consumer to be able to tell the difference."

More on DNA tests: This Startup Says It Can Analyze Your DNA to Detect if You're Gay