"It's a gimmick. It's so ridiculous." 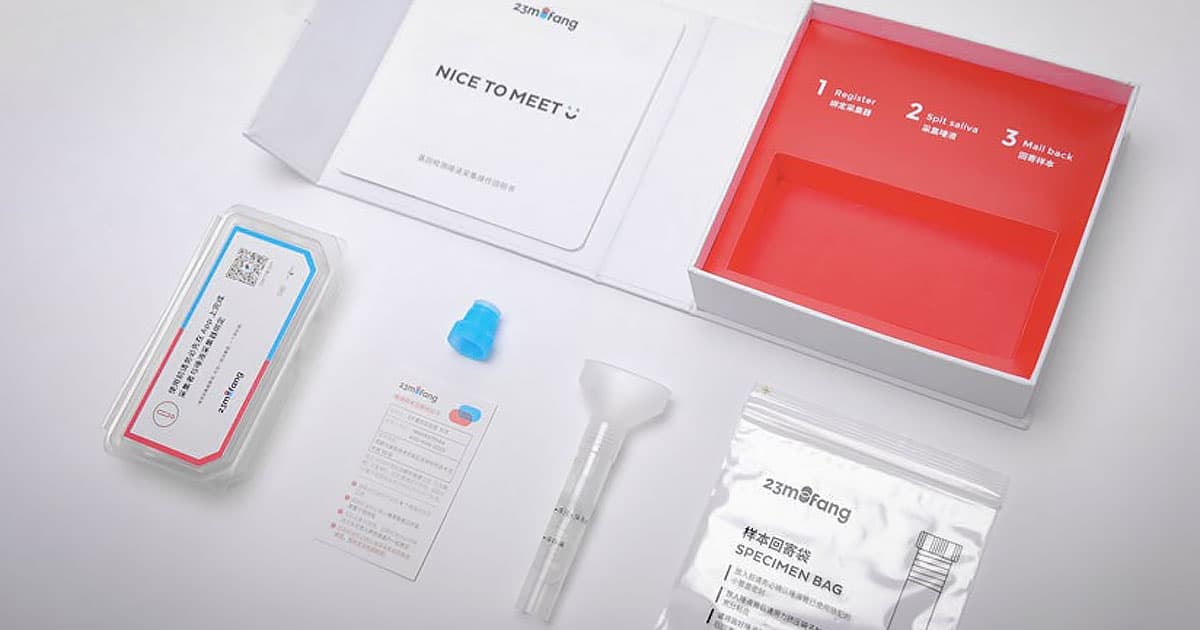 23Mofang, a Chinese DNA testing startup that's highly similar to 23andMe — down to its name — is giving customers some interesting results.

Notably, it totally missed Bloomberg reporter K. Oanh Ha's predominately Vietnamese heritage. That's because the company relies entirely on a pool of genetic data from Chinese participants, according to Bloomberg, so ancestry reports only trace people's DNA back to various regions of China.

But more troubling was how the 23Mofang also made questionable predictions about Ha's future and current health risks.

Ha took both tests, and the differences were stark. 23andMe, for instance, makes some health predictions — Ha noticed that her reported risk of diabetes kept changing on her before vanishing and resurfacing with some legalese disclaimers.

But that pales in comparison to 23Mofang. Among other things, the Chinese company predicted that she would probably live until the age of 95 and was at risk for a long list of diseases including type 2 diabetes and bipolar disorder.

"Ninety-five years old? There's no way to put a number on longevity," Scripps Research Translational Institute founder and geneticist Eric Topol told Bloomberg. "It's a gimmick. It's so ridiculous."

Also concerning about 23Mofang's results: in breaking down customer's ancestry, it tells them the extent to which they're of Uighur descent. The Chinese government is actively persecuting against its Muslim Uighur population, having rounded up at least a million of them into detention camps.

Because some of the people sent to those camps have been subjected to genetic research, the ancestry report raises red flags — especially because 23Mofang CEO Zhou Kun told Bloomberg that the company would share people's results with the government if it were asked to.

READ MORE: I Took DNA Tests in the U.S. and China. The Results Concern Me [Bloomberg]

More on DNA: "Like Horoscope Readings!": The Scammy World of DNA Test Startups

11.30.22 Developments
Raw Liver Eating Bodybuilder Accused of Injecting Himself With $11,000 Worth of Steroids Every Month
"Least surprising fitness scandal."
By Victor Tangermann / Read More >>
11.29.22
Former CEO Sues Company That Fired Him for Microdosing LSD in an Investor Meeting
Would you be comfortable with your CEO taking acid on the job?
By Noor Al-Sibai / Read More >>
11.23.22 Developments
Twins Born From Donated Embryos That Were Frozen in 1992
"It doesn’t seem like a sperm or an egg or embryo stored in liquid nitrogen ever experiences time."
By Noor Al-Sibai / Read More >>
Keep up.
Subscribe to our daily newsletter to keep in touch with the subjects shaping our future.
+Social+Newsletter
TopicsAbout UsContact Us
Copyright ©, Camden Media Inc All Rights Reserved. See our User Agreement, Privacy Policy and Data Use Policy. The material on this site may not be reproduced, distributed, transmitted, cached or otherwise used, except with prior written permission of Futurism. Articles may contain affiliate links which enable us to share in the revenue of any purchases made.
Fonts by Typekit and Monotype.