For those looking for that special someone, a new dating app replaces swiping with swabbing. 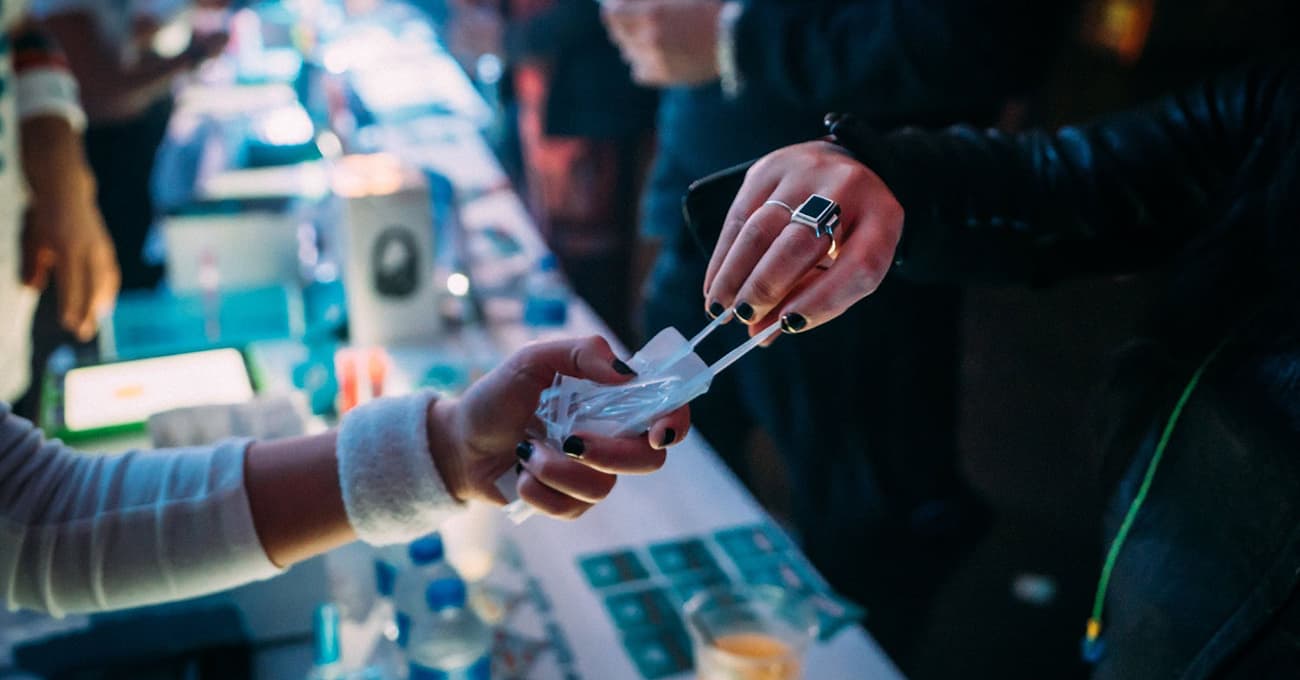 If you've nearly given up hope on finding that special someone, you might be intrigued by the dating site du jour. Pheramor, a startup based in Houston, Texas, says it can use your DNA to find you a perfect match. For just $19.99, plus a membership fee of $10 per month, the company uses information it gathers from DNA swabbed from your cheek — sent by mail, 23andMe-style — plus personality traits gleaned from your social media profile, to identify people in your area with whom you're compatible.

The problem: there's very little science that says genetics has anything to do with attraction or compatibility. Complicating dating with DNA could destroy long-standing relationships, or quash them before they start. It could give people genetic information they can't properly interpret.

Pheramor bases its matchmaking strategy on the concept that human attraction can be decoded through pheromones, those mystical scented molecules that animals use to drive each other wild. Before we had apps to tell us who to date, Pheramor suggests that humans (like many animals) would sniff out a potential mate based on how different their DNA is. On its website, Pheramor explains that its genetic matches are based on the principle that "the more differentiated the DNA between two individuals, the more likely they are to be attracted to one another."

The problem is that scientists have never found evidence for a human pheromone, or any solid link between our genetic code and our romantic interests. A 2015 review of all research on human pheromones came up empty, while research on whether humans actually tend to choose mates with highly different DNA has so far yielded inconclusive results.

“Pheromones have really caught the public imagination, particularly in association with sex or desire,” Tristan Wyatt, an Oxford University zoologist who authored the 2015 review, told Wired. “But the bottom line is that, for the present, it’s still true to say that no human pheromone has ever been robustly demonstrated, and certainly not chemically identified.”

As for the shaky science on DNA differences between mates, Wyatt added: “You’d expect things to be more clear-cut if this really was a dominant way people choose partners."

Pheramor doesn't reveal any specific genetic data about a person's match partner beyond their percentage of "compatibility." But that doesn't mean that other companies might not one day offer greater detail in their analysis; for example, mail-in genetic testing company 23andMe is already offering disease risk tests for 10 different conditions, most recently for cancer risk.

However, in the wrong hands, this sort of information could potentially do more harm than good.

Most people assume that DNA equals destiny, that a person's genome can reveal everything we need to know about a person. In reality, though, genetics are just one of several factors, including lifestyle, environment, and other health conditions, that play a role in conveying risk for certain conditions. Yet humans are notoriously terrible at understanding how much that interplay actually puts them at risk of developing a disease. That's the whole reason there's an entire profession — genetic counseling — devoted to helping people understand their genetic risk.

Now imagine placing that information into people's hands with basically no context, and on a dating app. Knowing a partner's genetic risk could deter people from making meaningful connections, or break up an existing partnership, for baseless reasons. (There's already a company, Instant Chemistry, that provides couples with genetic "relationship compatibility" tests to assess traits like "biocompatibility, neurocompatibility, and psychological compatibility." Those qualities have a questionable genetic link, but also, what exactly does the dinner table conversation look like if you get a low compatibility score with, say, your spouse of 20 years?)

Such services could even theoretically invite discrimination by allowing matchmaking participants to screen partners for "undesirable" traits, which begins to sound uncomfortably like dystopian eugenics.

Advocacy organizations have argued that people should have access to, and autonomy over, their own genetic data, and there are certainly strong reasons for this to happen. But adding the complexity of genetics into the whirling, confusing world of dating and love seems like a recipe for trouble, as well as lots of needlessly missed connections. It's already hard enough to find the right person in a dating environment increasingly dominated by swiping; do we really need to add swabbing to the mix?

Read This Next
Brands We Love
Spot Medical Problems Before They Begin With Genetic Health Testing From 23andMe
Swab and Swipe
Famous Geneticist's Dating App Would Match Users Based on DNA
Come On In
This DNA Testing Company Gave Its Data to the FBI
Futurism
If This Bill Becomes Law, You Will Be Penalized for Not Submitting to Genetic Testing
More on Future Society
Musk Rats
Yesterday on the byte
Twitter Is Quietly Re-Suspending the Lunatics Elon Musk Let Back On
Going Wireless
Wednesday on futurism
Hackers Took Over a Subdomain of Wired.com for Several Months and Replaced It With Sleazy Online Casino Content
Spreadsheet Guy
Tuesday on the byte
Sam Bankman-Fried Posts Excel Docs That He Says Shows Nothing Was His Fault
READ MORE STORIES ABOUT / Future Society
Keep up.
Subscribe to our daily newsletter to keep in touch with the subjects shaping our future.
+Social+Newsletter
TopicsAbout UsContact Us
Copyright ©, Camden Media Inc All Rights Reserved. See our User Agreement, Privacy Policy and Data Use Policy. The material on this site may not be reproduced, distributed, transmitted, cached or otherwise used, except with prior written permission of Futurism. Articles may contain affiliate links which enable us to share in the revenue of any purchases made.
Fonts by Typekit and Monotype.