This DNA Testing Company Gave Its Data to the FBI

Do you want cops poking around your genetic data? 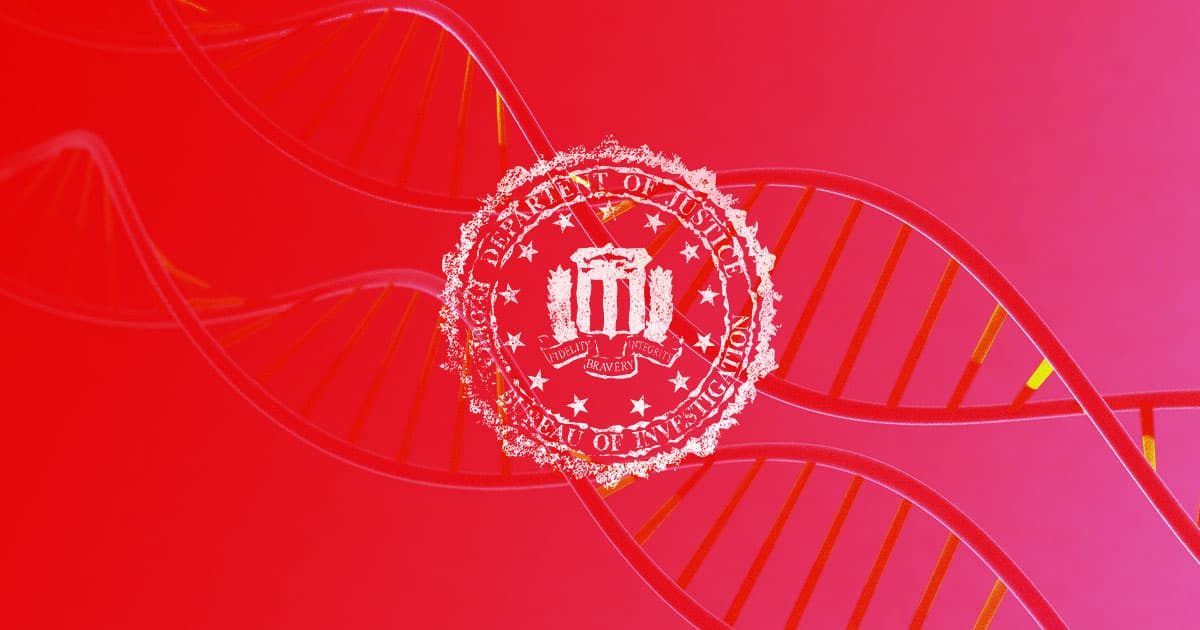 For the company's roughly 1 million customers who wanted to learn more about their heritage, that means the FBI can poke around in their genetic profile — and, by extension, that of their relatives.

Ironically, Family Tree DNA was recently deemed the best DNA kit for consumer privacy by both U.S. News and PCWorld.

Perhaps in response to that discrepancy, Family Tree DNA's founder and CEO Bennett Greenspan published a statement on Thursday arguing that cooperating and sharing information with the FBI didn't violate the company's privacy policies. He said that the FBI can upload and analyze crime scene data, but can't access anyone else's information without a warrant or subpoena.

"Working with law enforcement to process DNA samples from the scene of a violent crime or identifying an unknown victim does not change our policy never to sell or barter our customers’ private information with a third party," Greenspan said. "Our policy remains fully intact and in force."

The company refused to tell BuzzFeed News how many new cases were being investigated or specifically how much the FBI was using its genetic database.

That lack of transparency, along with the surprise announcement that the FBI could use Family Tree DNA's tools, has displeased some former employees.

"At a time people distrust science, it's more important than ever that people understand and consent to how their information is being used," David Mittelman, former Family Tree DNA chief scientist told MIT Technology Review. "No one wants to wake up to learn the terms of use changed by press release."

READ MORE: One Of The Biggest At-Home DNA Testing Companies Is Working With The FBI [Buzzfeed News]

Read This Next
Bad Cops
Cops Allegedly Used a Sexual Assault Survivor's DNA to Arrest Her for Property Crime
International Protector
Grindr Slammed With Huge Fine for Spying on Users
Brands We Love
Spot Medical Problems Before They Begin With Genetic Health Testing From 23andMe
Brands We Love
If You're Working From Home, Choosing the Right VPN Is More Important Than Ever
Brands We Love
Identity Theft Is a Real Threat. Luckily, Modern Tech Offers Real Solutions.
More on Future Society
Hey Elli
Yesterday on the byte
New York State Buys Robots for Lonely Elders
Not-See Stuff
Yesterday on the byte
Googling "Desk Ornament" Returns Images of Nazi Paraphernalia
Angry Zuck
Yesterday on the byte
Angry Zuckerberg Complains About Employees Who "Shouldn't Be Here"
READ MORE STORIES ABOUT / Future Society
Keep up.
Subscribe to our daily newsletter to keep in touch with the subjects shaping our future.
+Social+Newsletter
TopicsAbout UsContact Us
Copyright ©, Camden Media Inc All Rights Reserved. See our User Agreement, Privacy Policy and Data Use Policy. The material on this site may not be reproduced, distributed, transmitted, cached or otherwise used, except with prior written permission of Futurism. Fonts by Typekit and Monotype.