A Harvard Scientist Is Selling His Genetic Code as an NFT

This professor's entire genetic sequence is being put up for auction. 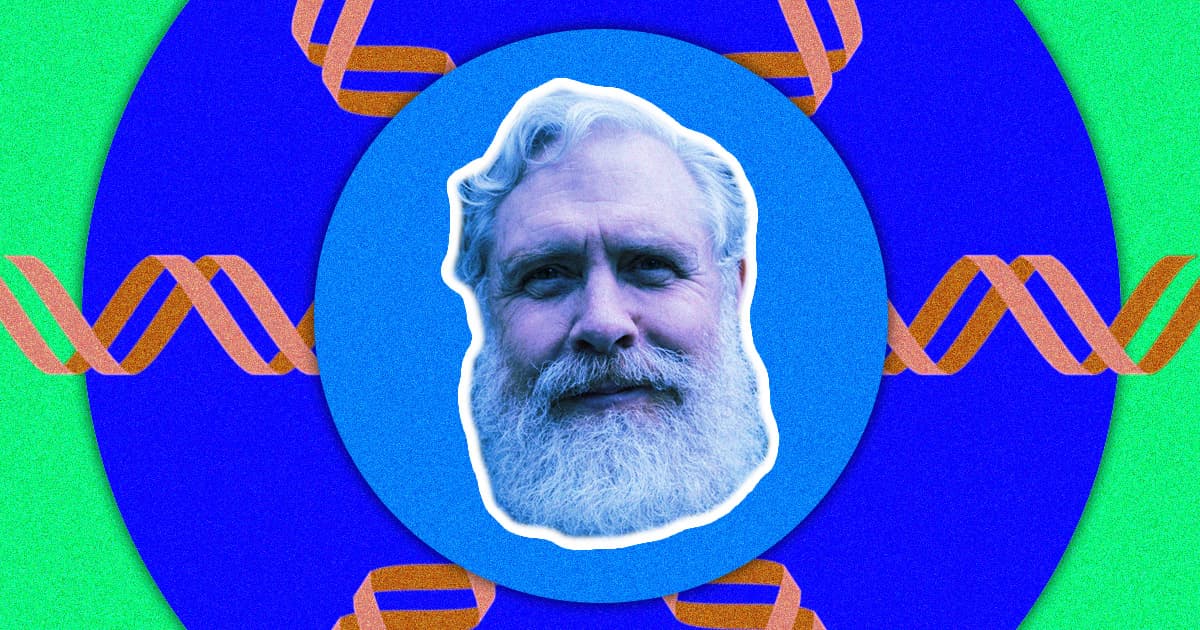 Famed geneticist and Harvard University professor George Church has launched a genetic sequencing service called Nebula Genomics — and the company is putting Church's own DNA for sale as a non-fungible token (NFT).

"As one of the first genomes ever sequenced, Professor Church’s DNA carries a great deal of historical significance to the field of personal genomics as it has been used in countless studies, papers, and represents a pivotal moment in science and human history," reads the startup's website.

Church is outspoken about genetic science. He has advocated to resurrect mammoths, gene hack people into superheroes, worked on a dating app that matches people based on their genetic code, and injected himself with a DIY COVID vaccine.

And now, his own genetic sequence is being put up for auction — or at least, exclusive ownership rights that are being stored on a blockchain — in the form of an NFT.

It's an unusual intersection of two prominent Futurism topics — genetic sequencing and blockchain technologies — that each have seen a surge in recent interest.

It's especially strange, too, given that Church's genomic data is already available to download for free through the Harvard Personal Genome Project.

"The NFT was not my idea, but hopefully it is a good idea," Church told The Scientist via email, "both for the winner of the auction and as an event that increases conversations about the revolution happening in reading and writing DNA."

"Historically, privacy issues have plagued the consumer genomics industry," co-founder Kamal Obbad told the magazine, "because what a lot of customers didn’t realize for the longest time was, when you were getting a consumer genetic test, you were frequently signing away your data to be licensed by a pharma company or to be used by a third party."

Through Nebula Genomics, Obbad is hoping to "launch a different kind of personal genomics business that was really aligned with the user and was more focused on providing a good product to the user," rather than just aggregating as much data as possible.

Obbad argued that an NFT made sense "because on its own a genome really is a nonfungible digital asset. And different genomes are going to have different inherent values." For instance, one patient with a rare disease's data would be inherently more valuable than a completely healthy person's.

Rather than simply making a buck — some of the proceeds will go towards genomic research — Nebula Genomics is hoping to bring attention to the field and how genomic data can be used for good.

READ MORE: First genomic NFT to be sold for science — and a statement [The Hill]

1.05.23 Genetics
Police Say They Used Genealogy Database to Arrest Idaho Murder Suspect
1.04.23 Genetics
Scientists Think Gregor Mendel Would Be "Happy" That They Dug Up His Body to Study His Genetics
8.26.22 Genetics
Your Doppelganger May Have Strikingly Similar Genes, Habits
8.16.22 Genetics
Cops Use Newborn Baby's DNA to Nail Dad for Crime from the 90s
7.25.22 Genetics
House Rep Worried 23andMe Will Lead to Bioweapons That Kill Specific People Based on DNA