"It would be more than a little ironic..." 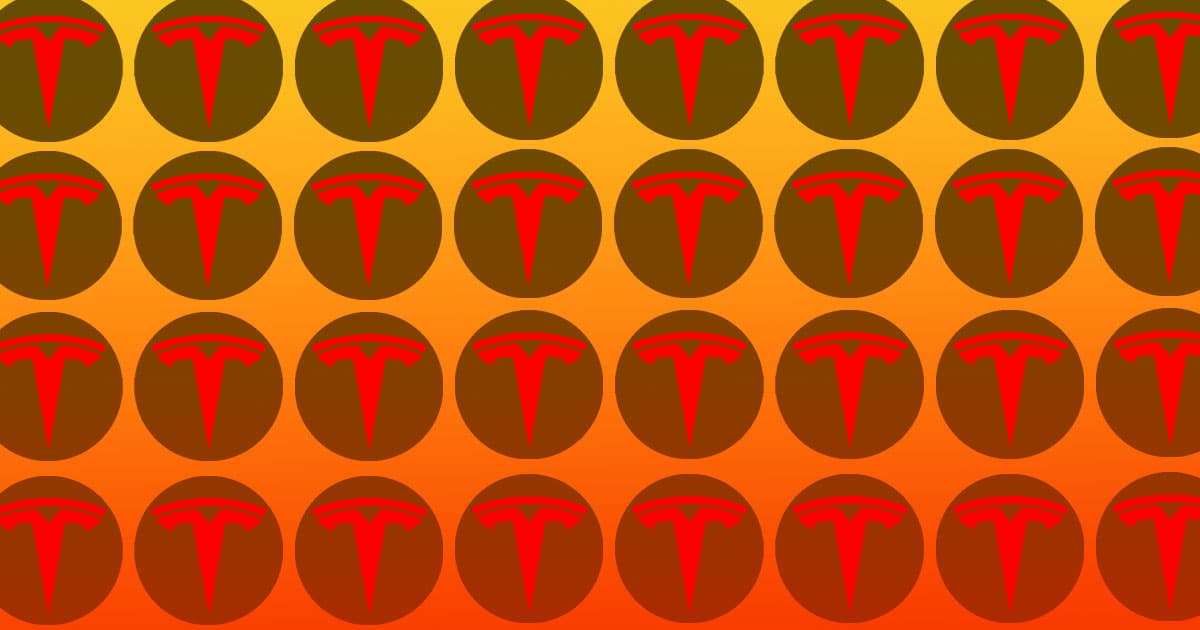 It's apparently not just governments using bot networks to influence the conversation on social media.

While researching Tesla's social media footprint in 2021, University of Maryland researcher David Kirsch and his associate Mohsen Chowdhury say they discovered something odd.

In 2013, when Tesla stock plummeted following reports that one of the burgeoning electric vehicle maker's Model S Sedans had caught fire, they found that eight Twitter accounts that had been created within minutes of each other began posting a bunch of identical positive tweets about the company. Miraculously, the stock rebounded.

They say that those eight accounts, along with others that appeared afterward, posted tens of thousands of tweets that, per an analysis using a bot-detecting tool called Botometer, did not resemble patterns of human posting.

In research that will be presented at conferences later this year, Kirsch and Chowdhury outline their findings: that of the 1.4 million tweets they analyzed between Tesla going public in 2010 and 2020, from the 400 top accounts using Tesla's stock ticker of $TSLA, 23 percent appear to have come from bots. It all raises the question of whether the hype around Elon Musk's electric carmaker might have been boosted over the years by stakeholders using dirty tricks on social media to amplify Tesla-friendly coverage.

Futurism sat down with Kirsch this week to hear more. This conversation has been edited and condensed for clarity.

Futurism: Give us the elevator pitch of your research.

David Kirsch: My co-author and I were looking at every tweet that used that hashtag #TSLA, the company's stock ticker, and we found these weird accounts that just did not look like normal accounts.

I had heard of political bots, but I just had never really seen anything serving a corporate purpose. And all of a sudden, it started making sense.

I've written this book about bubbles and crashes, where we theorized the importance of narrative. And we found a couple instances where it was just really clear that when the stock was going down, when there was negative sentiment around it, and negative momentum, and bang! They'd launched a bunch of these bots, and lo and behold, they would start tweeting out positive content about about Tesla, and the stock would sort of magically recover.

F: What are your theories about what's going on with these bots?

DK: The weird part is we don't we don't really have a mechanism at this moment to figure out what's going on. All we can do is guess at what was going on. Like, okay, maybe these accounts are geared towards retail investors in Tesla. So maybe they would be more influenced by the appearance of seeing the positive content or seeing the TSLA hash tag, and it would prompt them to act in a certain way.

Another theory is that the bots were a kind of signal to other actors to make other kinds of derivative trades, like buy options or do other weird things.

I don't want anyone to come away with the perception that I'm saying all Elon Musk's followers are bots. But the fact is, he has so many followers. And I think there's a way in which the scale of his following and the intensity of their attachment to his aspirations is such that they can be aligned or mobilized by this kind of bot activity.

They're already kind of predisposed to think well of him and think that he's saving the world and doing great things, and that he's Iron Man, et cetera. And therefore, this kind of algorithmic content, they're more vulnerable to it in a way. If a typical CEO were to start hiring a bunch of bots, I don't think it would fool anyone.

F: With Elon buying Twitter, the big question now is whether he’s going to crack down on bots like he’s vowed to do. What do you make of that given your findings?

It would be more than a little ironic for Elon Musk, who may have benefited personally from the use of Twitter bots in support of the Tesla stock narrative, to now try to limit their use on Twitter by others. It may have helped him, but I guess that was then and this is now. It's pretty rich. In general, I believe Musk is not particularly concerned with principles — truth, transparency, etc — but I do think he wants to make sure that he can continue to use Twitter in the way that he wants to.

My biggest concern is for the Tesla shareholders. I cannot see how this is good for an average Tesla shareholder — the CEO will be distracted and his shares pledged to secure a loan that destabilizes the financial structure of the firm. That the Tesla board has not raised a red flag about it tells us what we can expect from him when he is the sole owner of Twitter and doesn't even have a lap dog board to manage.

F: If you could ask some omnipotent power one question about this whole situation, what would it be?

DK: The biggest question for me is: who's behind it? And how closely were they monitoring the activity, and tracking the consequences, of the content they were creating?

There's one theory that says the bots were a response to negative media attention and negative momentum in the stock. And they were intended to turn the tide.

The other view of it would be that they're sort of an insurance policy. It could be that whoever was responsible for them didn't actually know if they were doing any good. But in the same way that like, you know, throw salt over your shoulder, they may have thought "well, it can't hurt." And it's kind of cheap to turn these things on. Tesla is saving, you know, 8 percent on ad sales that all the other car companies have to pay. So, maybe it's kind of a cheap insurance policy.

F: Do you think hiring these kinds of bots is illegal? Do you consider it unethical?

DK: I think you should, in general, disclose the things you do. To the extent that there's no transparency around these kinds of actions, I think that's a little problematic, right?

The whole purpose of our securities law is meant to ensure that everyone has an equal playing field around information. And so if people are manipulating that information landscape, and not disclosing it, I think that is problematic.

F: How large an effect do you think this has had on Tesla’s stock?

The other day I talking to somebody and called this "the trillion dollar question."

I can't prove it right now, and I may never be able to prove it. But there is a plausible scenario under which Tesla, without fan bots, is a failed startup, and Tesla with fan bots is a trillion dollar company.

Now, I know there are a lot of other possible explanations that could go into that statement. But I think we need to at least take that possibility seriously. We need to seriously entertain the possibility that the fan bots played a role at particular moments.

Tesla was sort of skimming the trees, right. There were moments when it looked like it might collapse. If the bots kept it from collapsing in those moments or kept it solvent, kept the story going, kept the stock from really cratering and spiraling down, then we have to take that possibility seriously.

More on that other big Twitter story: Elon Musk Doesn't Seem to Have Much of a Plan for Twitter