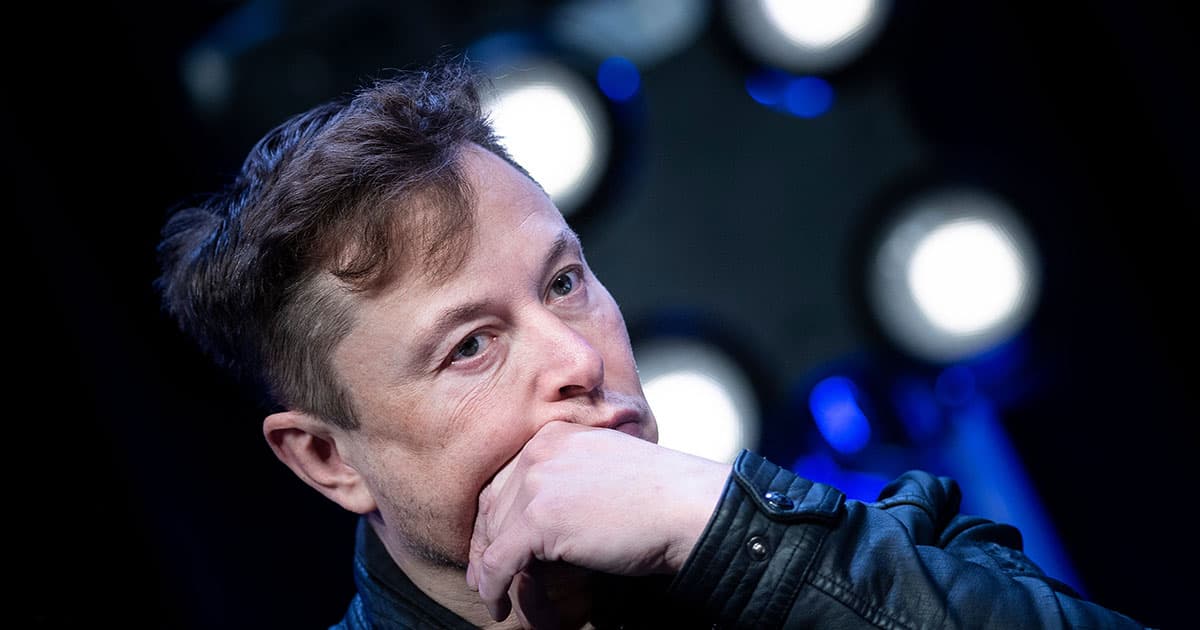 That's after he said he was done selling in April.

That's after he said he was done selling in April.

In April, Tesla and SpaceX CEO Elon Musk attempted to buy Twitter after positioning himself as the largest stakeholder in the social media company.

But the whole deal blew up in Musk’s face, and now he’s desperately trying to back out of buying the social media company — while also trying to dodge a $1 billion fine.

Twitter isn’t having any of Musk’s noncommittal nonsense though, and has sued Musk to go through with the deal — meaning if the court rules in Twitter’s favor, Musk might have to shell out the $44 billion he initially offered to buy the company for. Ouch.

Now, Musk is preparing for the worst, as securities filings disclosed this week reveal that the Mars-obsessed magnate has sold off 7.92 million Tesla shares since Friday.

That’s about $7 billion worth, according to The New York Times.

In a Twitter thread responding to the news, Musk said he’s done selling, and that he wanted to "avoid an emergency sale of Tesla stock." When asked if he’d rebuy the Tesla stock if the Twitter deal fails to close, Musk simply replied with "yes."

But we shouldn’t take him at his word, because Musk reneged on an earlier promise in April that he had "no further TSLA sales" planned after selling about $8.5 billion worth of his own shares to fund the Twitter takeover.

A lot has changed for Musk since then, but a lie is a lie.

It’s the latest turn of events for the eccentric tech CEO, whose deplorable behavior during the ongoing Twitter deal — such as tweeting a poop emoji in response to Twitter CEO Parag Agrawal — hasn't gone unnoticed in the courtroom, with Twitter lawyers citing the emoji incident as evidence of Musk disparaging its platform.

So Musk might have to start tightening up his finances and behavior if he wants to avoid the deal from becoming any bigger of a disaster — but considering he's throwing around the possibility of starting his own social media platform called X.com, he's likely going to keep on being his old self.