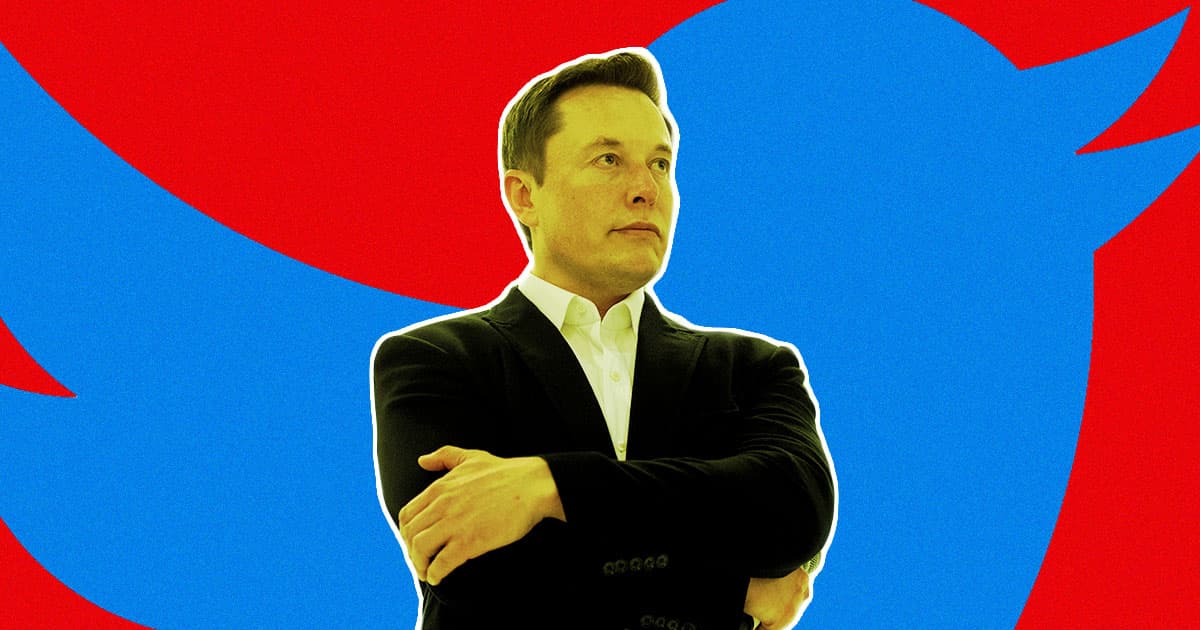 "The algorithm needs to be open source."

"The algorithm needs to be open source."

The richest man in the world is now the largest shareholder of Twitter.

Not even two weeks after railing against Twitter for alleged algorithmic bias, SpaceX and Tesla CEO Elon Musk — who's also, notably, one of Twitter's most prominent users — has bought a 9.2 percent stake in the social media company, worth almost $3 billion and making him the company's largest shareholder. Predictably, Twitter's shares surged as much as 26 percent in response to the news, Bloomberg reports.

It makes some degree of sense. After all, Musk has used Twitter as his megaphone for well over a decade now, sometimes even polling his 80 million followers to make financial decisions.

But we still have no idea what his end game is, or if he will even want to join the company's board of directors. Musk, after all, has quite a packed schedule as it is.

The news comes after Jack Dorsey stepped down as CEO and was replaced by Parag Agrawal late last year, who will now have to contend with the outspoken and opinionated Musk.

Musk's call on Twitter to open source its algorithms last month was echoed by Dorsey, who in response to Musk argued that "the choice of which algorithm to use (or not) should be open to everyone."

That means there is now considerable pressure on the social media company to take these calls more seriously.

Whether that pressure will bring actual change is another question entirely — but Musk, for one, seems pretty serious.

More on Elon: Elon Musk Is Absolutely Furious at the Twitter Algorithm