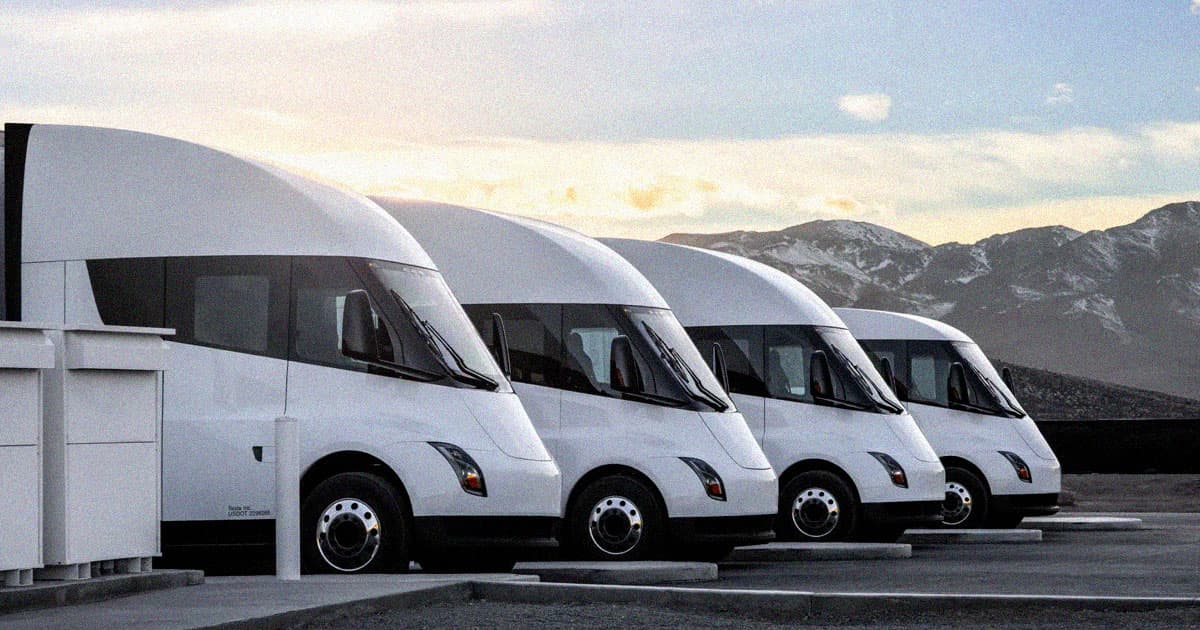 Another day, another promise from Tesla CEO Elon Musk.

In a tweet, the billionaire claimed that his car company would start shipping its Semi truck with a 500 mile range later this year — and that the long-awaited Cybertruck was still another year out.

As always, his claims will have to be taken with a grain of salt, because Musk has a bad habit of missing his own deadlines when it comes to either vehicle.

As Electrek notes, Tesla Semi production has been delayed repeatedly since Musk first unveiled the prototype in late 2017.

Despite the delays, preorders have been going well. By the end of 2017, UPS and Walmart jumped to join a number of other companies that ordered the electric semi truck, and in subsequent years, Tesla Semis have been spotted at various points on California roads.

Given the fact that there have been multiple sightings this summer, including one truck that had a mysterious mural painted on its side, Tesla has made big strides in production.

On its website, Tesla lauds its Semi as "the safest, most comfortable truck ever." The cabin features a single, centered seat with two large displays flanking the steering wheel.

Considering Musk's abysmal track record when it comes to deadlines, we won't be holding our breath. But there appears to be plenty of interest for the truck, which means it could turn out to be a big win for the company — if it does ever make it to market.

More on Tesla: Tesla Fanboys Want to Throw Kids in Front Of Cars on Autopilot to Prove a Point