A Tesla Semi Prototype Spotted in California is Swift, Sleek, and Silent

Tesla's new electric semi is not only greener but also quieter than its diesel-powered counterparts. 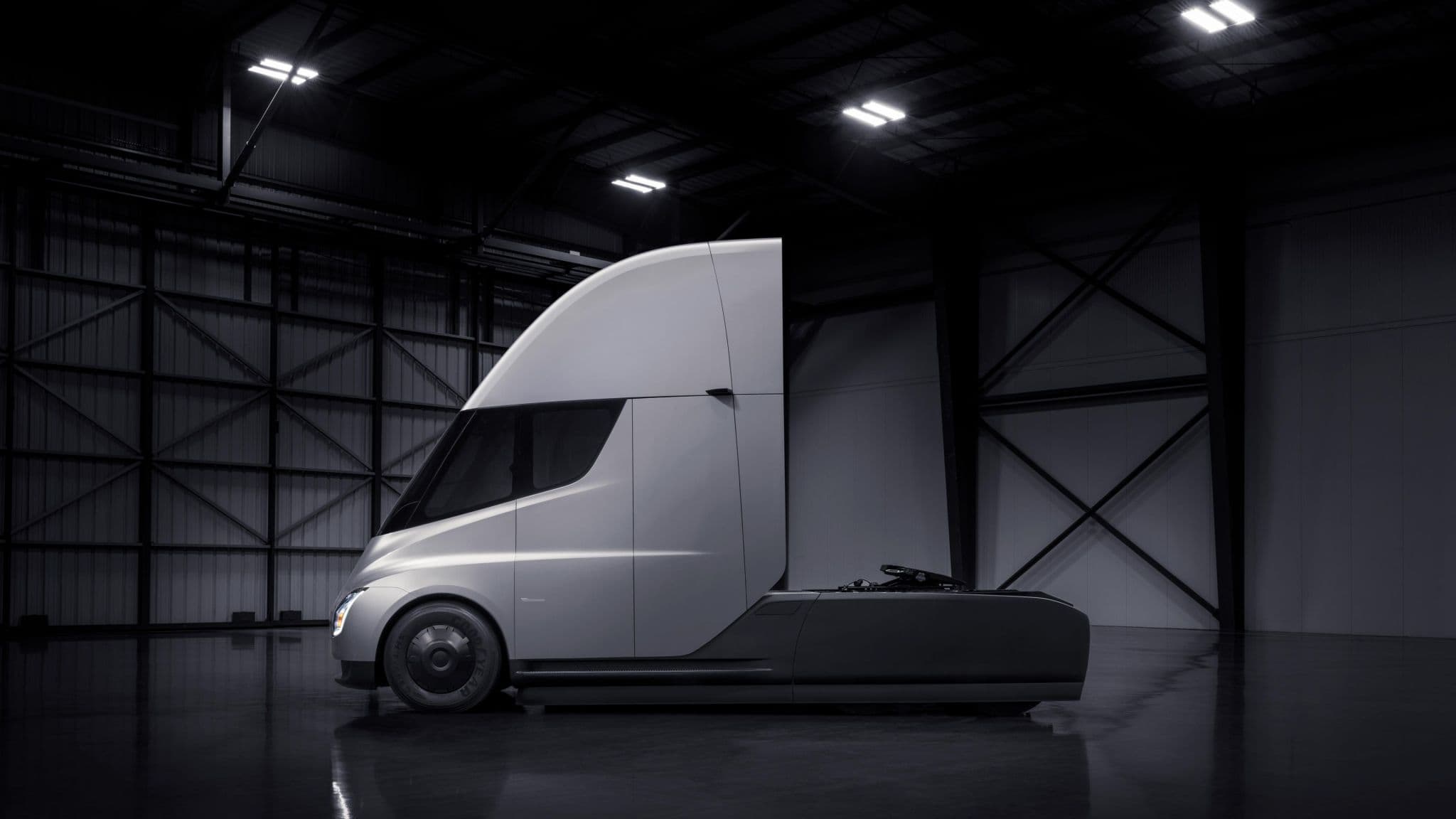 Tesla's electric semi-truck is not only more environmentally friendly than its competitors, but it is also quieter than the typical diesel-powered truck that barrels down the street. An eight-second YouTube video, first revealed by Inverse, shows a sleek Tesla Semi prototype gliding swiftly and almost silently through an intersection in Sunnyvale, California, near the company's Palo Alto headquarters. Watch it below.

The prototype features impact-resistant glass, a streamlined cabin design, and the ability to accelerate from zero to 97 km/h (60 mph) in five seconds when not carrying cargo. After pushing back the unveiling date twice due to Tesla's Model 3 production delays and the company's humanitarian efforts in Puerto Rico, CEO Elon Musk finally unveiled the much-anticipated Tesla Semi prototype in November 2017.

Though the lowest-priced model costs a cool $150,000, the truck is supposed to travel 483 km (300 miles) on a single charge. The more expensive $180,000-model can go even farther, with a range of 805 km (500 miles). While those costs were higher than some analysts anticipated, Musk asserted that the electric semi costs less to operate than typical diesel rigs by about $0.16 per km ($0.25 per mile).

Though the vehicle isn't scheduled for production until 2019, companies are already buying into Musk's sales pitch of a cheaper, greener truck en masse. By the end of 2017, 18 companies — including Walmart and Pepsi Co. — had pre-ordered at least one truck. UPS topped the list, reserving 125 vehicles.

Hopefully, Tesla's production team will be able to keep to Musk's scheduling promises. But the odds could be slim, given that the company's Model 3 electric car production fell well short of Musk's 2017 goals. Delayed production or not, however, this new YouTube footage reveals that the new truck will be making our streets quieter whenever it does finally hit the road.

Read This Next
Please Elon
Why These Tesla Owners Are Going on a Hunger Strike Against Tesla
Streisand Effect
Hurry Up and Watch These Videos Tesla Wants Removed From the Internet
Elon's Mad
Elon Musk Snaps at Guy Who Pointed Out Bug in Tesla's Beta FSD
Kiddy League
Tesla Fans Put Child in Path of Moving Tesla on Self-Driving Mode
Tela Ransomware
Tesla Cuts Car's Range By 30%, Demands $4,500 to Get It Back
More on Advanced Transport
Alert!
Sep 23 on the byte
Ford Wants Pedestrians to Download an App So Its Trucks Don't Run Them Over
Fly Boys
Sep 23 on the byte
JetBlue, Virgin Strike Deal to Buy Jet Fuel Made From Recaptured CO2
Crunch Time
Sep 23 on the byte
Tesla Updating Vehicles to Not Crush Passengers' Hands in Window
READ MORE STORIES ABOUT / Advanced Transport
Keep up.
Subscribe to our daily newsletter to keep in touch with the subjects shaping our future.
+Social+Newsletter
TopicsAbout UsContact Us
Copyright ©, Camden Media Inc All Rights Reserved. See our User Agreement, Privacy Policy and Data Use Policy. The material on this site may not be reproduced, distributed, transmitted, cached or otherwise used, except with prior written permission of Futurism. Articles may contain affiliate links which enable us to share in the revenue of any purchases made.
Fonts by Typekit and Monotype.