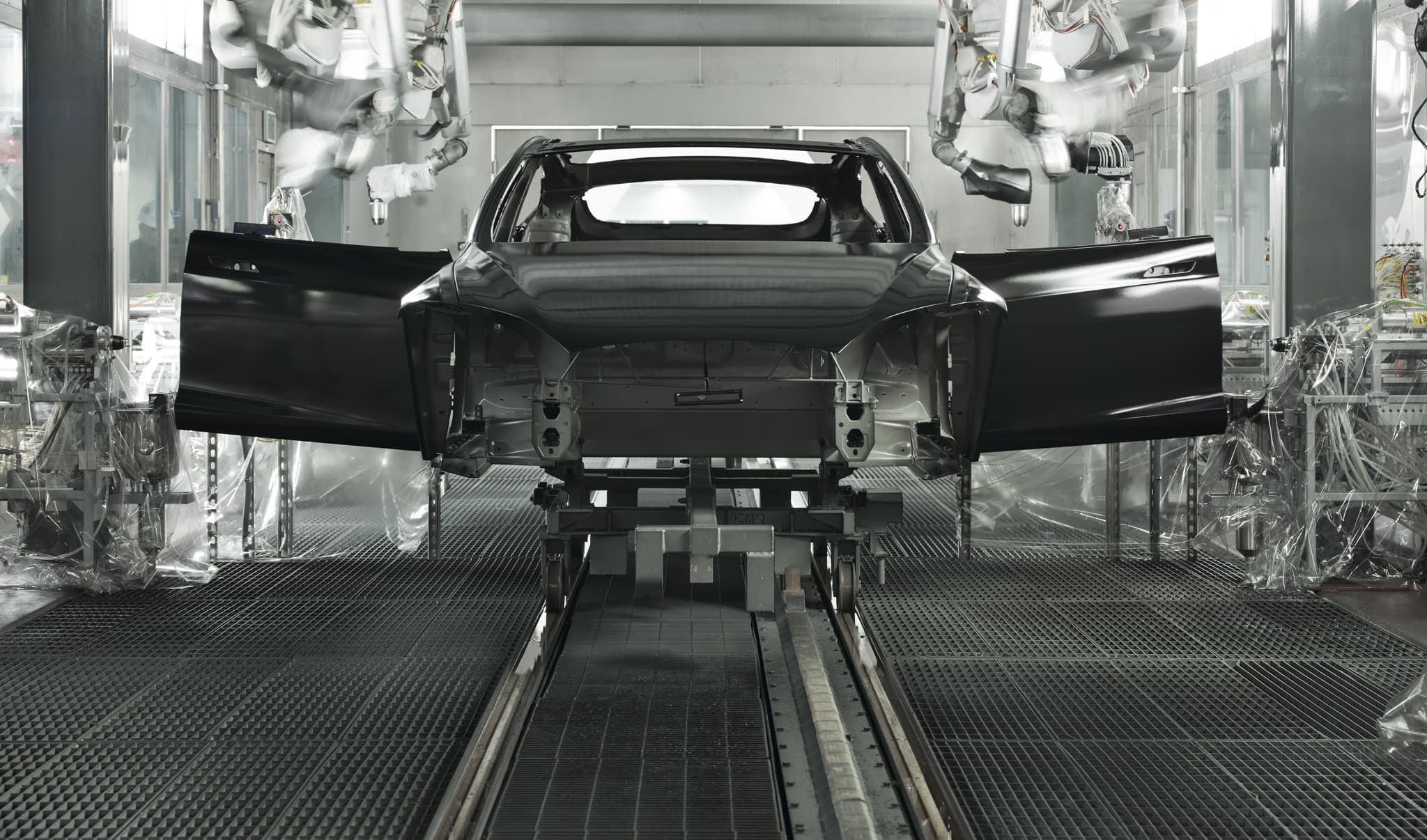 One of Tesla's 2017 highlights was the launch of their highly anticipated Model 3 electric vehicle (EV). The first 30 new owners received the keys to their Model 3s during a special hand-over event on a Friday night in July 2017, but the following months didn't see nearly as many vehicle deliveries as the company had hoped.

According to Tesla's 2017 fourth quarter (Q4) production and deliveries report, the company delivered a total of 1,550 Model 3s during the three-month period, just over half the 2,917 figure investors had expected. An additional 860 vehicles on their way to their respective owners by the end of that quarter will be counted under Q1 2018.

The Model 3 body line slowed down to 1/10th speed

Tesla CEO and founder Elon Musk hyped up his company's Model 3 production and delivery abilities quite a lot before and during the vehicle's launch. He famously promised that production would match the high demand for Tesla's first mass-market, lower-cost EV, which generated roughly half a million preorders.

The original plan was for production to increase incrementally toward a goal of producing 20,000 units per month in December 2017. Despite making improvements to production speed by addressing bottlenecks, Tesla still fell well short of that milestone.

What could this mean for the future of Tesla? Alain L. Kornhauser, chair of the Princeton Autonomous Vehicle Engineering (PAVE) research group and director of the Transportation Program at Princeton University, remains optimistic.

"I wouldn't suggest that Tesla is failing. It is just that [Elon Musk's] expectations are unrealistically high," he told Futurism.

Kornhauser said that observers have learned to manage their expectations when it comes to Musk's promises. Instead of believing Tesla will meet production levels by the dates asserted by Musk, they've come to expect that production levels will eventually reach those figures, according to Kornhauser, who noted that the quality of vehicle has played a role in keeping Tesla in the good graces of prospective Model 3 owners.

"What hasn't been discounted is that the Model 3 is a good vehicle. That seems to be holding true," he said. "The quality holding and the production lagging simply has increased, not decreased, demand. All good for Tesla."

Overall, Tesla's Q4 2017 performance was actually promising. The report presented a 27 percent improvement from Q4 2016 and a 9 percent increase from Q3 2017.

According to the Q4 statement, Tesla has a "slightly more gradual" production ramp planned for the coming months. The new goal is to achieve a weekly rate of 2,500 Model 3 units by March 2018, eventually growing to 5,000 per week by June 2018.

As long as Tesla's quality remains uncompromised, the company won't be failing any time soon, Kornhauser told Futurism. However, if Tesla did experience quality issues, he has a few thoughts on the companies most likely to fill their role in the industry.

Right now, though, Musk's penchant for overpromising won't be enough to knock Tesla from their place atop the EV industry.

Read This Next
Fusion Futility
Elon Musk Slams Fusion, Says Future of Energy Is Wind and Solar
Remember Donald?
Donald Trump Goes on Bizarre Rant Against Electric Cars
The Kids Won't Be Alright
Elon Musk Warns That Humankind Will "End Up in Adult Diapers"
Mine! Mine!
Elon Musk Suggests Tesla Might Start Mining Lithium
Stop Aging Please
Elon Musk Says That Immortality Tech Would Be Very Dangerous
More on Earth & Energy
Imagine Dragons
7:17 PM on the byte
Miners Say "Sorry" for Losing Highly Radioactive Object Along Highway
Rock Battery
Jan 28 on the byte
Researchers Successfully Turn Abandoned Oil Well Into Giant Geothermal Battery
Do The Worm
Jan 27 on the byte
Scientists Name "Funky Worm" Amphibian After a Weird 70s Funk Song
READ MORE STORIES ABOUT / Earth & Energy
Keep up.
Subscribe to our daily newsletter to keep in touch with the subjects shaping our future.
+Social+Newsletter
TopicsAbout UsContact Us
Copyright ©, Camden Media Inc All Rights Reserved. See our User Agreement, Privacy Policy and Data Use Policy. The material on this site may not be reproduced, distributed, transmitted, cached or otherwise used, except with prior written permission of Futurism. Articles may contain affiliate links which enable us to share in the revenue of any purchases made.
Fonts by Typekit and Monotype.