Elon Musk Offers to Buy the Entirety of Twitter

This is his "best and final offer." 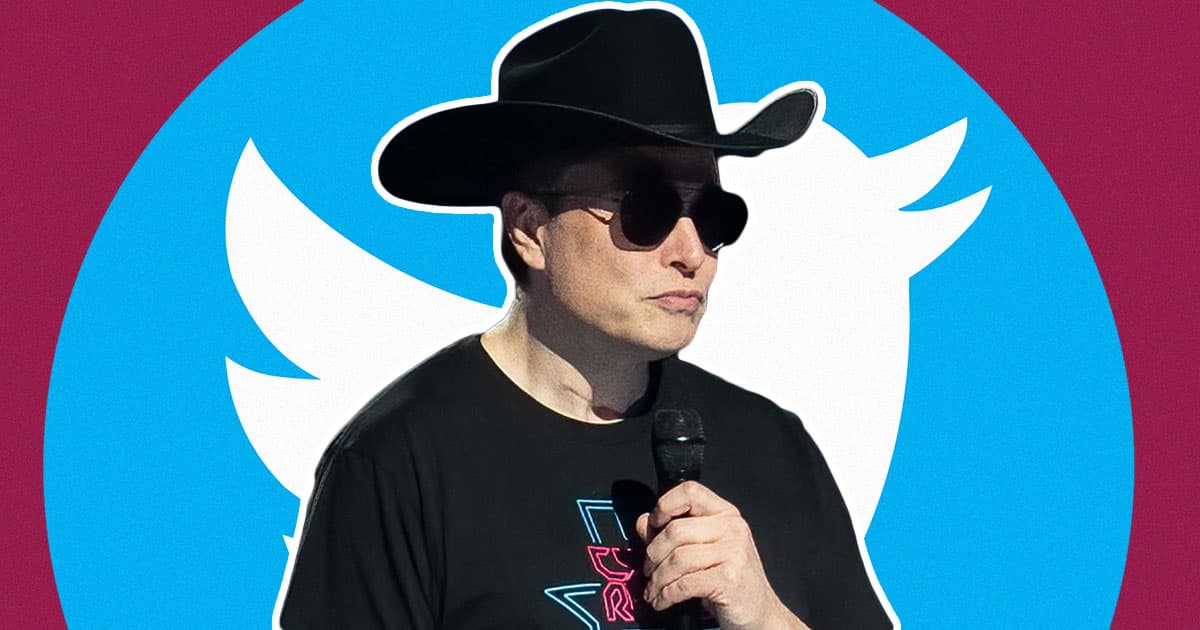 After buying the largest single stake in social media heavyweight Twitter, Tesla and SpaceX CEO Elon Musk is now threatening to buy the entire platform's remaining shares in cash at $54.20, a surprising escalation of an already confusing mess of a saga.

The news sent Twitter's stock soaring by 11 percent in premarket trading Thursday morning. Rumors of a hostile takeover have been swirling all week, with widespread speculation on what Musk's next step could possibly be after he refused a seat at Twitter's board.

According to Musk's filing with the Securities and Exchange Commission — which he famously despises — $54.20 was his "best and final offer," a considerable 54 percent premium compared to the day prior to his investing in the company for the first time in late January.

If Twitter doesn't accept his offer, "I would need to reconsider my position as shareholder," he said in the filing.

Twitter's leadership has acknowledged receiving Musk's offer and says they're now working on determining "the course of action that it believes is in the best interest of the company and all Twitter stockholders," according to The New York Times.

Others were worried about the uber wealthy concentrating power and pushing their personal agendas on the world around them.

"Elon Musk making a play for Twitter out of his petty cash drawer is one more example of why the pooling of so much wealth in the hands of a few is a societal disease," argued Walter Shaub, senior ethics fellow at watchdog Project On Government Oversight.

In his SEC filing, Musk claimed that he doesn't "have confidence in management" at the company. That's likely related to him refusing a seat on Twitter's board after making a bunch of wild suggestions as to how to fundamentally change Twitter days after announcing he had bought a majority stake.

"I invested in Twitter as I believe in its potential to be the platform for free speech around the globe, and I believe free speech is a societal imperative for a functioning democracy," the filing reads.

"However, since making my investment I now realize the company will neither thrive nor serve this societal imperative in its current form," he added. "Twitter needs to be transformed as a private company."

In other words, after his suggestions — which included having "no ads" on the platform — may not have found much footing among Twitter's board members, Musk has decided to take control over the situation in the best way he can: using his considerable wealth.

At least, that's one way to look at the situation. On the other hand, it's not the first time Musk has threatened to take a company private. Who could forget his fateful 2018 tweet in which he suggested he had plans to take Tesla private at $420 a share?

The infamous tweet, however, didn't work out so well for him, with Tesla and Musk later settling with the SEC over fraud charges.

While Musk claims his decision is all about free speech, having a single individual with so much concentrated power doesn't necessarily inspire much confidence in that promise.

We've gotten glimpses of what Musk may be planning to do with Twitter. For weeks, Musk has been calling on Twitter to open up its algorithms. In a poll of his over 80 million Twitter followers, 82.7 agreed with him that "the algorithm needs to be open source."

In other words, if Musk's offer were to be accepted, we could soon find out what a for-profit social network with an open source algorithm could look like.

But whether doing so will result in more free speech — or a descent into a chaotic free-for-all characterized by bias and harassment running wild — remains to be seen.

More on the saga: After Suggesting a Bunch of Bizarre Ideas, Elon Musk Says He's Not Joining the Board of Twitter