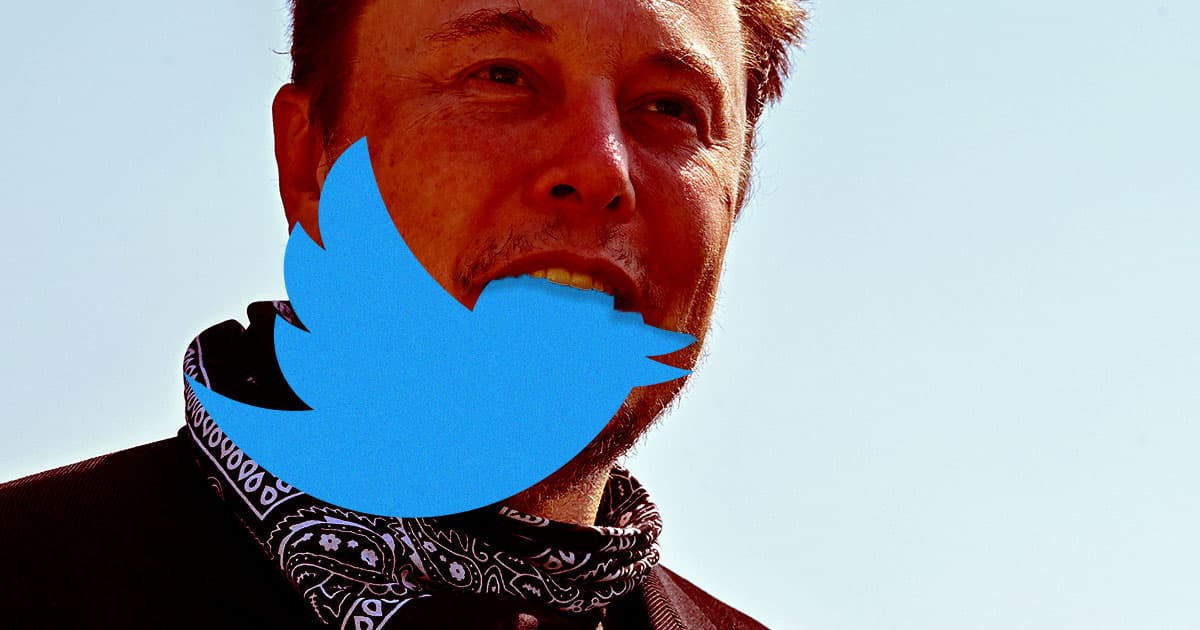 Elon Musk May Be Plotting a Hostile Takeover of Twitter

Looks like somebody has been watching a little too much "Succession."

At least, that's the impression one gets from reports like this one, from Fortune magazine, that Tesla CEO Elon Musk could pursue a hostile takeover of Twitter after declining to join the social media giant's board of directors following his decision to buy a significant stake in the company.

While this is hardly the first theory about Musk purchasing nine percent of Twitter, it does at least have legal credibility.

As fans of the aforementioned HBO rich people family drama know, major stakeholders can pursue a hostile takeover by buying up enough stake in the company, or forming alliances with other stakeholders, to gain a controlling share.

As Fortune noted, Musk would have been capped out at a maximum 14.9 percent of Twitter had he joined the board — but because he didn't, it leaves the door open for a hostile takeover.

So far, though, there's not much in the way of indication that Musk plans to do anything of the sort.

In the tweets announcing Musk had declined a board seat, Twitter CEO Parag Agrawal only said that Musk turned down the seat the day it was set to take effect. He also added that the Tesla CEO would have had to pass a background check, prompting speculation that he might not have passed it.

If Musk were to attempt a hostile takeover of Twitter, the company would, as CNBC notes, have one last Hail Mary to avoid his ownership — what is known as a "poison pill" (again, this is all very familiar to "Succession" viewers), which artificially lowers share costs and thus allows shareholders to buy up more shares at lowered prices in an effort to defend against a takeover.

As always, though, the only thing to do is wait and see what tricks Musk might have up his sleeve.

READ MORE: Musk turns down a seat on Twitter’s board, leaving the door open for him to pursue a hostile takeover [Fortune]

More Musk: Elon Musk Has a Lot of Plans for Twitter