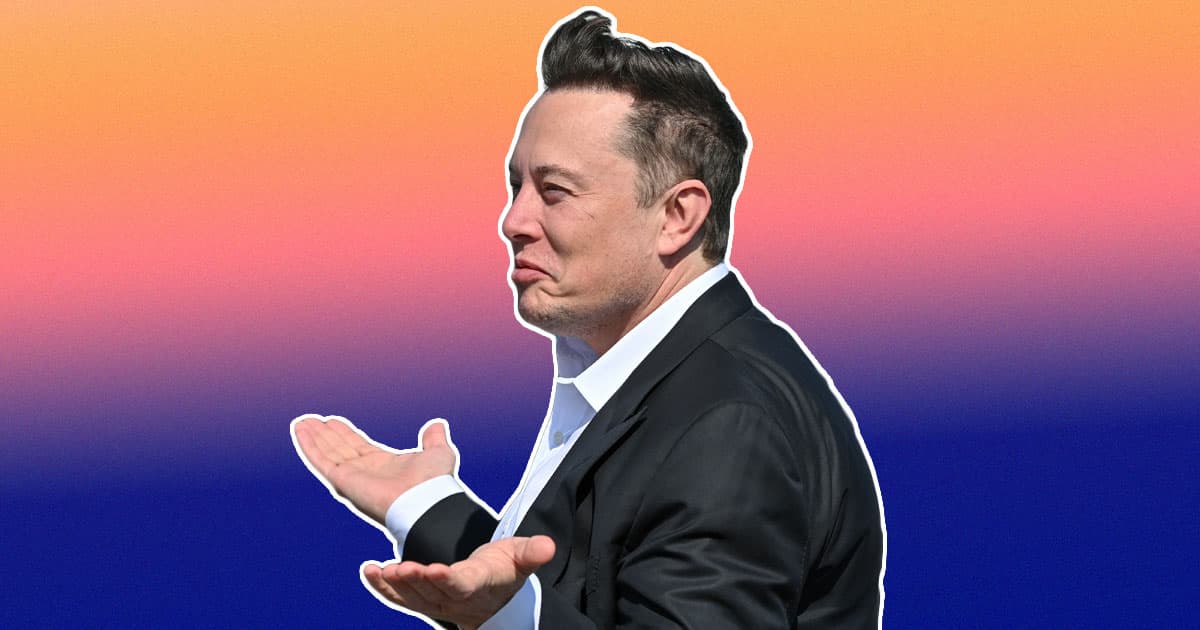 After Suggesting a Bunch of Bizarre Ideas, Elon Musk Suddenly Says He's Not Joining the Board of Twitter

It's a bizarre story that just keeps getting weirder.

SpaceX and Tesla CEO Elon Musk, who has long used and abused Twitter as his public megaphone, bought a more than nine percent stake in Twitter last week, making him the largest shareholder of the company.

But over the weekend, things got extremely strange — and after a series of peculiar outbursts, Musk has now reversed plans to join the social media giant's board.

Here's how it went down. Shortly after the purchase was announced, news emerged Musk would join Twitter's board, with the billionaire promising "significant improvements."

Over the weekend, Musk revealed that he had a lot of plans in the works to change Twitter in some pretty fundamental ways, from adding an "authentication checkmark" for paying customers to turning the company's San Francisco headquarters into a "homeless shelter."

Those kind of oddball suggestions likely raised some hackles with the company's board. Sunday evening, Twitter CEO Parag Agrawal tweeted that Musk told him "that he will no longer be joining the board."

"I believe this is for the best," Agrawal wrote. "We have and will always value input from our shareholders whether they are on our Board or not. Elon is our biggest shareholder and we will remain open to his input."

The incident leaves far more questions than answers. Was Musk ousted over his bizarre outbursts? Did he know he would be pushed out of the company by asserting them?

This is where it gets even weirder. According to tech journalist Alex Kantrowitz, "Elon switched his paperwork last week from passive to activist investor."

"He’s no longer bound by the agreement that caps the amount of Twitter he can own," Kantrowitz added. "He seems mad. Only getting more interesting from here."

Is Musk planning a forceful takeover of Twitter, or is he looking for a way out? After all, billions of his dollars are now tied up with the company.

As always, the billionaire's motivations are hazy at best. We'll have to wait and see what happens next to get any sense of an end game.

READ MORE: Elon Musk will not join Twitter's board [CNN]

More on Elon: Elon Musk Has a Lot of Plans for Twitter