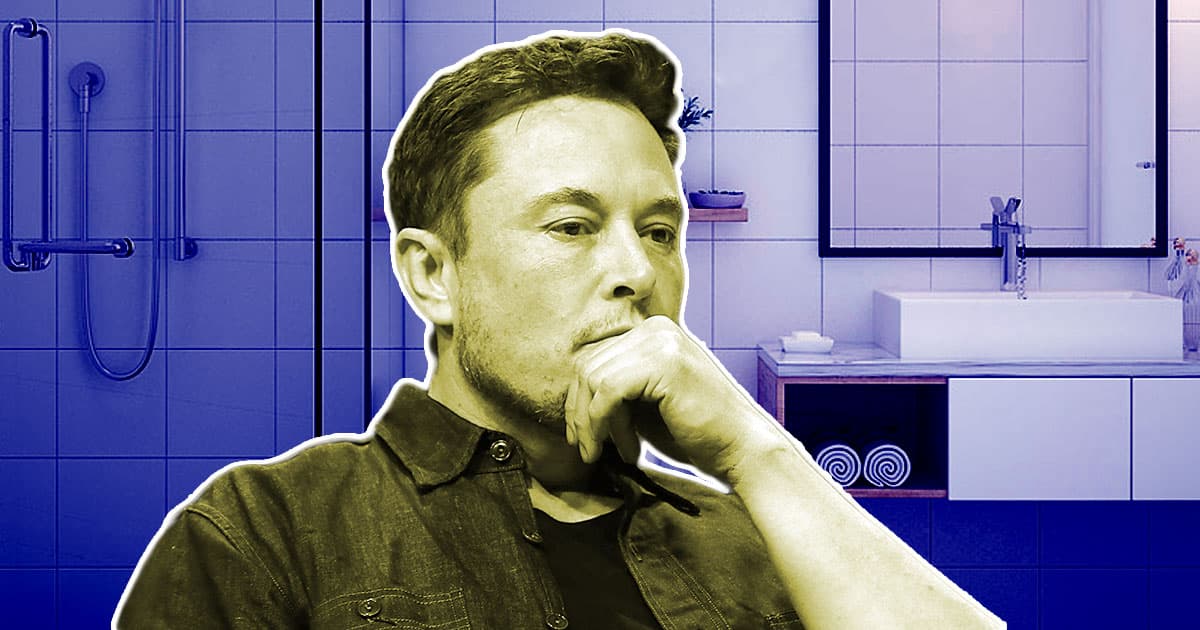 In an extremely shocking turn of events, Tesla and SpaceX CEO Elon Musk has claimed that he posts "at least" half of his tweets from the toilet.

"At least 50% of my tweets were made on a porcelain throne," Musk tweeted Sunday night, presumably from the toilet.

"It gives me solace," he added.

On a basic level, this isn't that shocking, because really, who among us can claim they don't engage in the modern art that is toilet scrolling. Prolonged distracted toilet-sitting does carry the risk of hemorrhoids and, at least on "The Sopranos," of heart attack — but for most of us, the worst that can happen is getting pins and needles in your feet and ankles.

As he regularly likes to remind his legions of defecated — er, dedicated — fanboys, Musk is very much not like the rest of us. While he may tweet with his pants around his ankles just like everyone else, his posts can have an outsize reaction on the real world.

From adopting a dog and sending the cryptocurrency world into a tailspin to siccing the Securities and Exchange Commission on himself over a weed reference, the Twitter feed of the now-richest man on Earth is, unfortunately, as important today as Donald Trump's was when he was president.

And we now know what most of us suspected: that half of Musk's tweets are literal shitposts. God help us all.

More on Elon Musk: Elon Musk Brags That He Is the “Best at Humility”