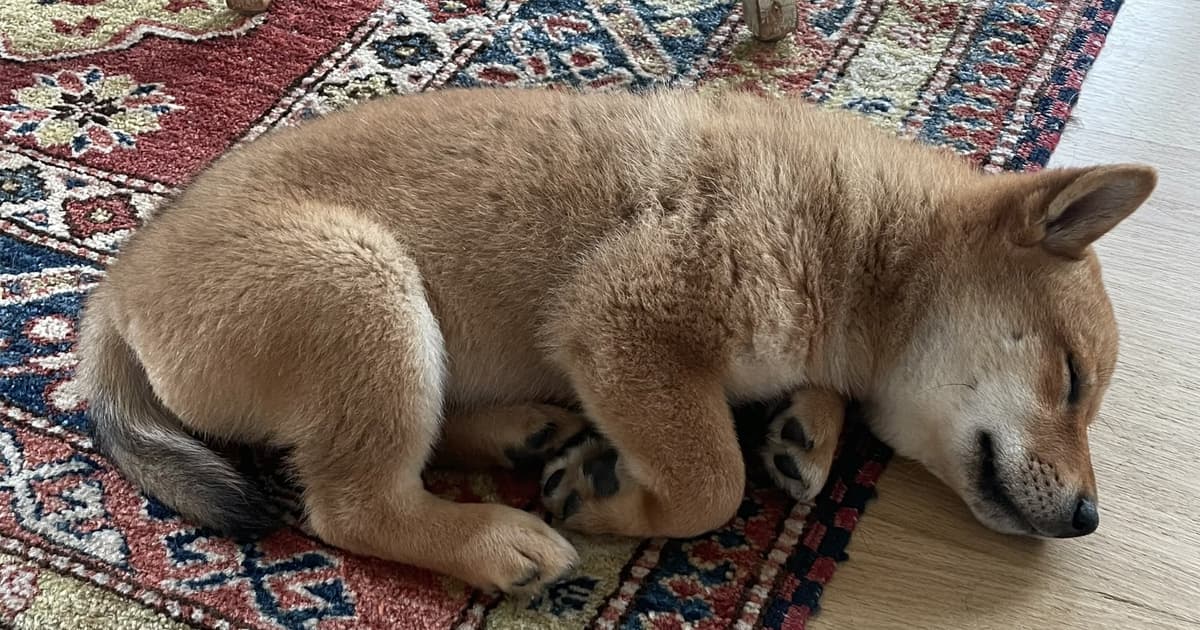 Dogecoin knockoffs named after the dog soared by over 1000 percent.

Dogecoin knockoffs named after the dog soared by over 1000 percent.

Tesla and SpaceX CEO Elon Musk has officially adopted a furry companion friend named Floki — and, of course, the internet is aflame.

But not just because Musk got a dog. Floki is a Shiba Inu, the face of the alternative cryptocurrency Dogecoin, Musk's much beloved crypto.

And, hands to our hearts, that's one cute puppy. A picture uploaded by Musk shows the little one napping while curled up on a rug.

"I like him," Dogecoin creator Billy Markus, who goes by the handle Shibetoshi Nakamoto, commented in a tweet.

Fortunately, Floki won't ever have to know about the trials and tribulations of alt cryptos and the CEO billionaires, like his owner, that determine their fate by posting dumb memes on social media.

After all, he's just a dog.

The value of Dogecoin has been on a rollercoaster ride this year — which was largely Musk's doing. The billionaire has posted countless Dogecoin-related memes, causing the price of the no-longer-a-joke digital currency to go soaring — and, sometimes, to come crashing back down.

Things have even escalated to the point where SpaceX plans to launch a satellite called Doge-1 into Earth's orbit.

Shortly after Musk posted the adorable pic, Doge surged  by $0.1. That may not sound like much, but the currency has been hovering around the 24 cent mark for the last week or so.

Other cryptocurrencies with the the word "FLOKI" in them, including Floki Inu, surged over 1,200 percent, as Benzinga reports.

But not everybody is happy about Musk's new companion. The CEO's other dog Marvin (the Martian) — yes, that's really its name — is still a little suspect.

When asked for a pic of the two dogs together, Musk replied with "they are… not yet friends."

More on Dogecoin: The Creator of Dogecoin Says He Now Believes That All Cryptocurrency Is Horrible