It's a blistering takedown. 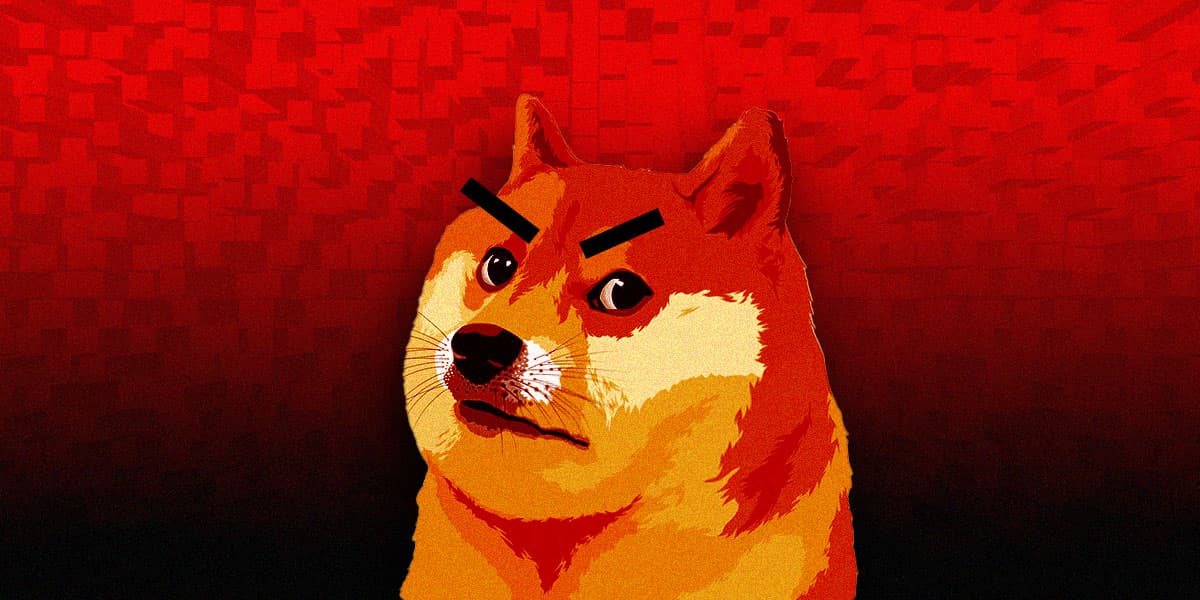 In a scathing — and eye-opening — Twitter thread, the co-creator of popular altcoin Dogecoin, Jackson Palmer, eviscerated the technology and community behind cryptocurrencies in general.

It was a blistering takedown.

“After years of studying it,” Palmer wrote, “I believe that cryptocurrency is an inherently right-wing, hyper-capitalistic technology built primarily to amplify the wealth of its proponents through a combination of tax avoidance, diminished regulatory oversight and artificially enforced scarcity.”

The thread makes it very clear that — unlike Dogecoin co-creator Billy Markus, who recently decided to invest in the token himself — Palmer believes the crypto industry promotes exactly the kind of financial systems it claims to replace.

It’s also a convincingly argued reminder that cryptocurrencies offer very little in terms of protection to those they end up victimizing.

“The cryptocurrency industry leverages a network of shady business connections, bought influencers and pay-for-play media outlets to perpetuate a cult-like ‘get rich quick’ funnel designed to extract new money from the financially desperate and naive,” Palmer wrote in the thread.

In other words, like traditional financial systems, the crypto industry serves to separate the haves from the have-nots.

“Financial exploitation undoubtedly existed before cryptocurrency, but cryptocurrency is almost purpose built to make the funnel of profiteering more efficient for those at the top and less safeguarded for the vulnerable,” he argued.

He has a point. The industry has been rife with scams and embezzlement schemes that have only served to undermine the legitimacy of a technology meant to put an end to a profiteering Wall Street.

In fact, it’s only getting worse. Americans lost more than $80 million in crypto scams between October 2020 and June 2021, a rise of 1,000 percent year over year, according to the Federal Trade Commission (FTC).

Despite the total lack of safety precautions for the most vulnerable, US regulators have done little to change that dangerous vacuum.

“Cryptocurrency is like taking the worst parts of today’s capitalist system (eg. corruption, fraud, inequality) and using software to technically limit the use of interventions (eg. audits, regulation, taxation) which serve as protections or safety nets for the average person,” Palmer wrote.

“This is the type of dangerous ‘free for all’ capitalism cryptocurrency was unfortunately architected to facilitate since its inception,”Palmer argued.

In short, Palmer has called it quits with crypto, saying it doesn’t align with his “politics or belief system.”

Dogecoin was, after all, meant to be a joke cryptocurrency that skewered the very nature of the then-burgeoning industry.

But with its tremendous rise in value, in large part driven by Tesla CEO Elon Musk, the joke turned into exactly the kind of thing it was making fun of in the first place.

And Palmer is sick and tired of having to explain why that’s a really bad thing.

Read This Next
Plundering DAOs
Hackers Plunder “Cryptocurrency City” That Had Promised “Dank Memes”
Pro Doge
Elon Musk Explains Why He is “Pro Doge,” Not Bitcoin
Slumming It
Turns Out Elon Musk Still Lives in a Giant Mansion, Not That Little Prefab Box
Web3 Bashing
In Anti-Blockchain Twist, Elon Musk Slams Web3 as “Marketing Buzzword”
Congrats Elon
Elon Musk Brags That He’s Paying More Taxes Than Anyone Else in History
More on Future Society
USDA Certified Pi...
Yesterday on futurism
Someone Appears to Have Hacked the USDA’s Website to Share Pirated Movies
ElonFTs
Yesterday on the byte
Elon Musk Absolutely Hates Twitter’s Hexagon-Shaped NFT Profile Pics
Pop Drop
Yesterday on the byte
Data Shows That China’s Population Is About to Start Actively Shrinking
READ MORE STORIES ABOUT / Future Society
Keep up.
Subscribe to our daily newsletter to keep in touch with the subjects shaping our future.