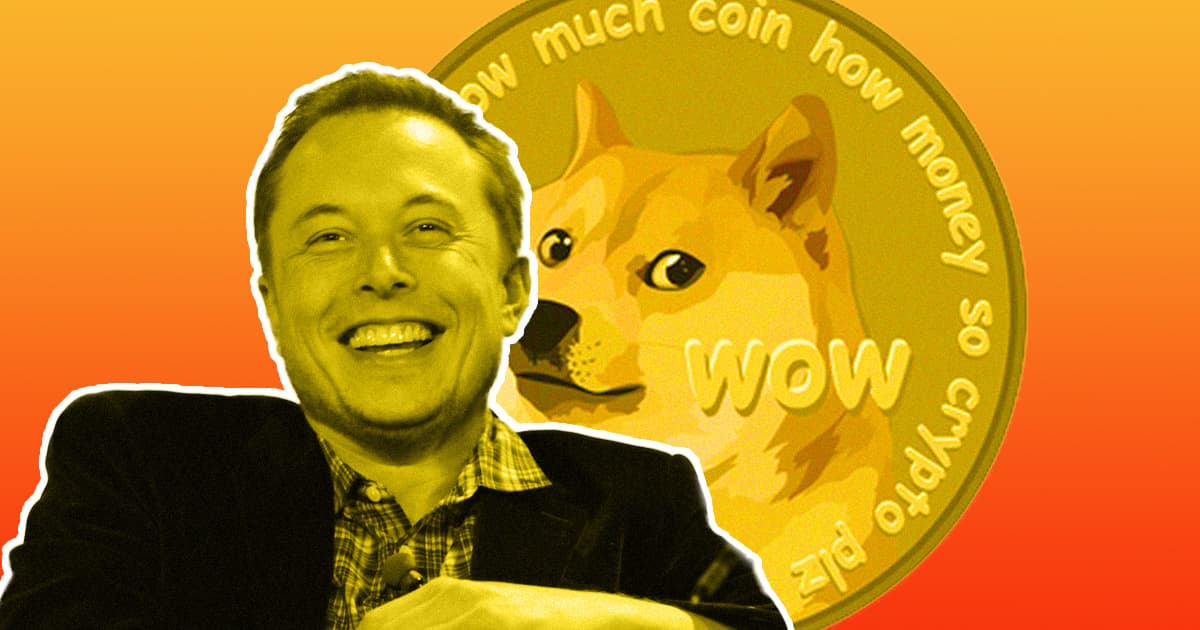 Meme To The Moon

Elon Musk Tweets About Doge Being a Guest on SNL, Dogecoin Prices Soar

Tesla CEO Elon Musk hyped up his upcoming appearance on SNL by tweeting a meme of doge guest starring on the sketch show on Friday.

"Guest starring…" Musk tweeted along with an image depicting him, Miley Cyrus, the Kid Laroi, and doge photoshopped into the pic.

After Musk posted the meme, Dogecoin prices spiked to 72 cents before falling, according to Bloomberg. That’s a record high for the cryptocurrency.

The Tesla CEO’s appearance on SNL has many investors excited at what it might mean for Dogecoin. In the past year alone, the price of the coin has exploded by 12,000 percent.

Many hope that with Musk's SNL hosting gig, the price could finally rise to a dollar per coin, according to Bloomberg. As such, some Dogecoin investors are throwing watch parties to keep an eye on how the episode of SNL impacts the price of the coin in real time.

"A lot of this depends on what Elon Musk does, what he says," said crypto investor Alma Cortez, 28, to Bloomberg. "Everyone is going to be on their phones, but at the same time trying to pay attention to see what’s moving, because you don’t want to lose."

Despite the bullishness of speculators and Musk’s frequent hype of Dogecoin, the billionaire has warned that folks should be judicious with their investments.

"Cryptocurrency is promising, but please invest with caution," he wrote in a recent tweet.

Cryptocurrency is promising, but please invest with caution! https://t.co/A4kplcP8Vq

In the tweet’s accompanying video, Musk went further saying, "People should not invest their life savings in cryptocurrency, to be clear. I think that’s unwise."

But at the end of the video, he still hypes up the cryptocurrency in typical Musk fashion saying. "To the Moon!"