Dogecoin Is Spiking and People Are Losing Their Minds

Did Dogecoin just go to the Moon? 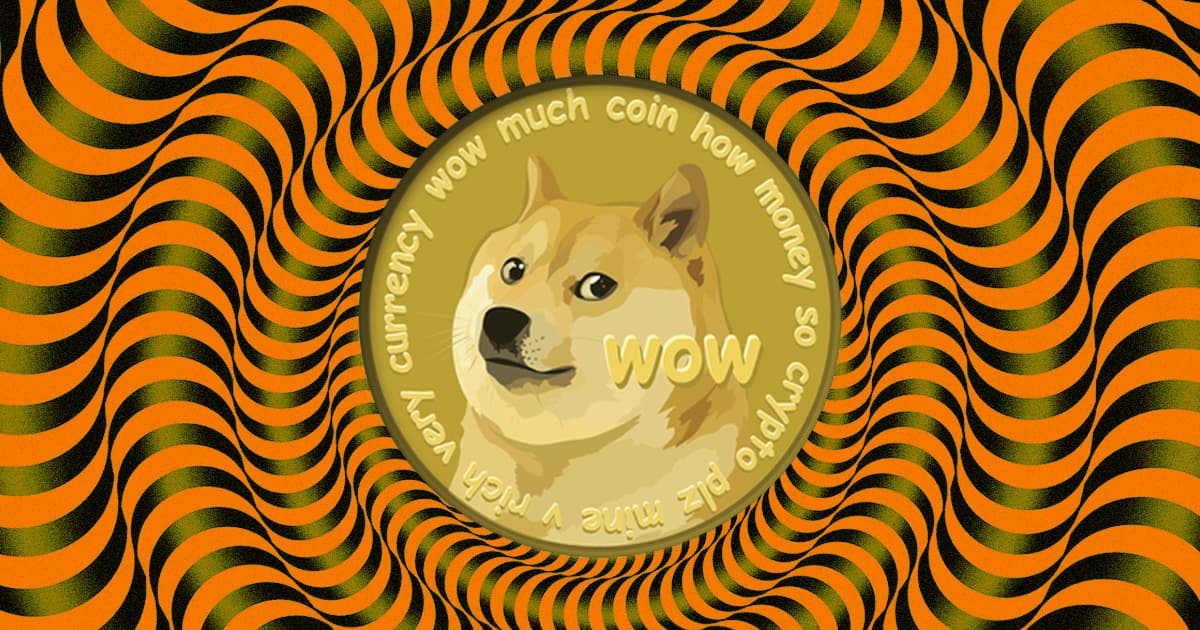 At first, it was meant to be a joke.

But now the market capitalization of Dogecoin, a popular altcoin, has spiked to $40 billion, CNBC reports, after values skyrocketed and added $20 billion in value in just 24 hours.

The shiba inu-emblazoned token was created as a "fun" alternative to Bitcoin back in 2013. But thanks to a massive surge in interest, led by communities on Reddit — and some prominent boosterism y Elon Musk — the cryptocurrency is starting to look a lot less like a mere joke.

This morning, values of the token hit 32 cents, an all-time high. Just a week ago, the value was hovering around just six cents.

The news comes after Musk, a longtime supporter of the coin, send the value of Dogecoin soaring in February after tweeting a silly picture of a shiba on the surface of the Moon.

Musk has long joked that Dogecoin will "go to the Moon," a reference to its soaring value.

The altcoin's recent surge meant those who invested early made bank.

"Hey guys, I just became a Dogecoin millionaire," one Reddit user exclaimed in a Thursday post, with a screenshot showing a balance of $1,081,441.29 in their account.

But the surge is also causing some worry among crypto experts.

"People are buying the cryptocurrency, not because they think it has any meaningful value, but because they hope others will pile in, push the price up, and then they can sell off and make a quick buck," UK-based analyst David Kimberley told CNBC.

Kimberley also noted that "when everyone is doing this, the bubble eventually has to burst and you’re going to be left short-changed if you don’t get out in time."

But only time will tell when — or if — Dogecoin's bubble will pop.

Read This Next
Enemy Mine
Elon Musk Now Denies That His Family's Emerald Mine Existed, In Spite of Previously Bragging About It
Bot Rush
An Overwhelming Number of Porn Bot Accounts "Drowned Out" Chinese Protest Content on Twitter
Hardcore Mode
Even Twitter's Intern Just Resigned in Disappointment
This is Exhausting
Elon Musk Seems to Be Trying to Weasel Out of Vote to Resign
Backtrack, Backtrack
It Turns Out Elon Musk’s Stalking Incident Had Nothing to Do With ElonJet
More on Future Society
Musk Rats
4:54 PM on the byte
Twitter Is Quietly Re-Suspending the Lunatics Elon Musk Let Back On
Going Wireless
Yesterday on futurism
Hackers Took Over a Subdomain of Wired.com for Several Months and Replaced It With Sleazy Online Casino Content
Spreadsheet Guy
Tuesday on the byte
Sam Bankman-Fried Posts Excel Docs That He Says Shows Nothing Was His Fault
READ MORE STORIES ABOUT / Future Society
Keep up.
Subscribe to our daily newsletter to keep in touch with the subjects shaping our future.
+Social+Newsletter
TopicsAbout UsContact Us
Copyright ©, Camden Media Inc All Rights Reserved. See our User Agreement, Privacy Policy and Data Use Policy. The material on this site may not be reproduced, distributed, transmitted, cached or otherwise used, except with prior written permission of Futurism. Articles may contain affiliate links which enable us to share in the revenue of any purchases made.
Fonts by Typekit and Monotype.