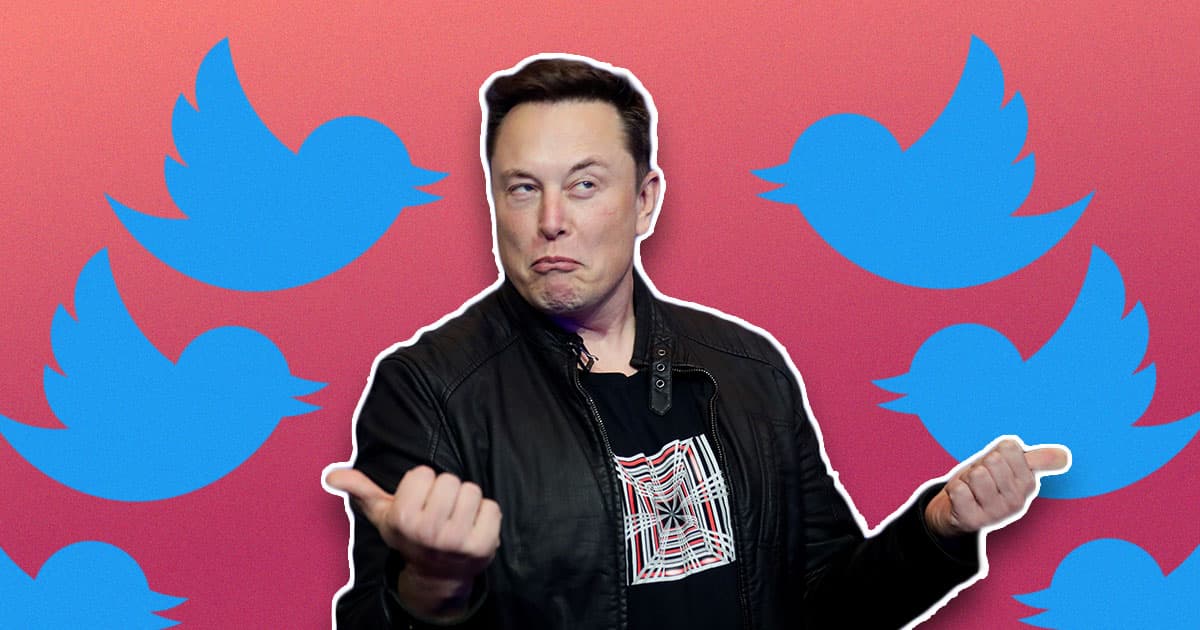 Remember that kid tracking Elon Musk’s private jet on Twitter? Back in January, the billionaire Tesla and SpaceX CEO offered the 19-year-old who’d built the Twitter bot $5,000 to stop doing it — but the kid refused, demanding higher pay.

Now, there’s an interesting theory connecting that flap to Musk abruptly purchasing approximately 9 percent of the social media platform and then swiftly joining its board.

Yesterday, the creator of the flight tracking bot, Jack Sweeney, retweeted a graphic depicting Musk’s stock purchases, which seem to have begun almost immediately after Sweeney refused the buyout.

“Did Elon start buying Twitter stock because of me telling him no?” Sweeney said online.

Did Elon start buying Twitter stock because of me (@JxckSweeney) telling him no? https://t.co/JUYK01wtRj

In other words, Sweeney is saying it’s possible that Musk is buying so many shares because of their beef. Would Musk really try to bully or silence Sweeney by taking control? Or does he plan to throw his newfound weight around to limit Twitter bots?

“Let’s see how pro free speech Elon really is,” one Sweeney follower commented in reply to the tweet above.

Sweeney’s theory is compelling, given Musk’s previous displays of pettiness, emotional sensitivity and endless drive for drama. It definitely sounds like something Musk would do to further troll the internet.

On the other hand, the move would significantly undercut Musk’s stated commitment to free speech. Musk previously said he hates Twitter’s algorithm and that it needs to be open source.

Regardless, the proof will be in the pudding — and if the site moves against Sweeney after Musk gains significant control, it’ll be hard to square with Musk’s public commitment to free speech.

Updated to correct an error in the amount of Twitter stock that Elon Musk purchased.