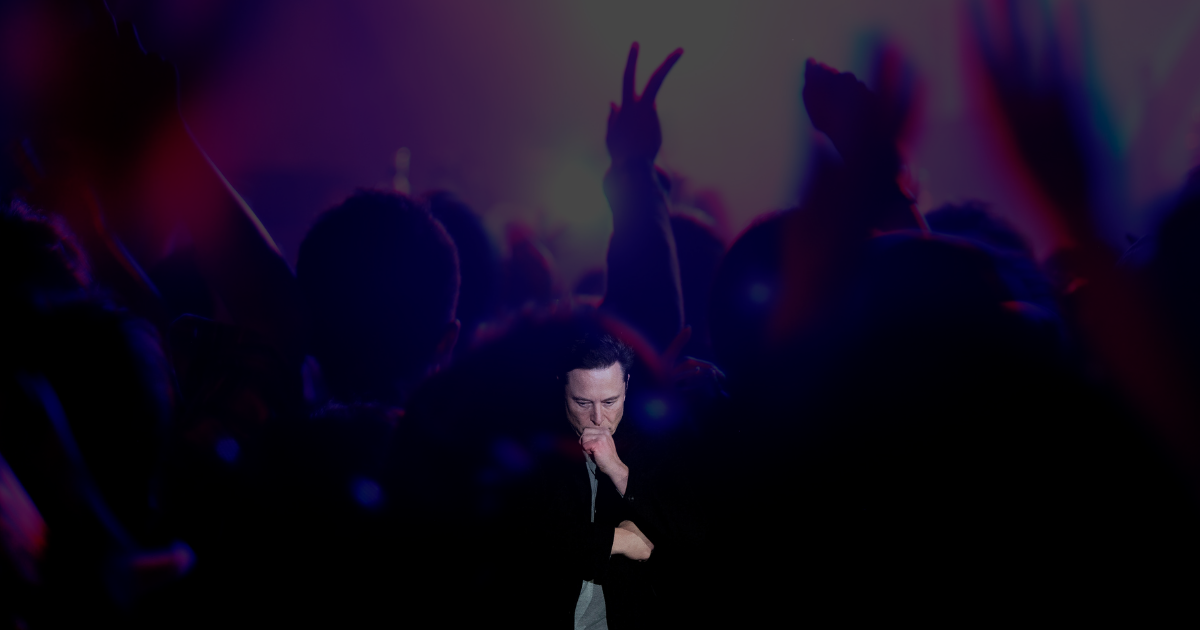 Elon Musk, billionaire CEO of Tesla and SpaceX, just failed the most intense vibe check in the world and probably got rejected from the super-exclusive German nightclub Berghain. Yesterday the Twitter-loving mogul said online he "refused" to enter Bergain, often called the world's most depraved party, because someone had written "peace" on the wall.

They wrote PEACE on the wall at Berghain! I refused enter.

Yeah, right. Musk's follow up explanation was equally unbelievable and we can't help but feel sorry for the guy since people are absolutely roasting him.

According to partygoers who've gotten in, Berghain doesn't care how much money you have or what your name is. Their iconic bouncer Sven looks for outfits, aesthetic and vibes. In a world where, as one YouTuber described it, "you can be anyone you want," privacy is of utmost importance. No phones or cameras are allowed — but there's plenty of folks walking around on dog leashes and celebrities asking to be urinated on.

Lonely At The Top

We're not sure exactly what Elon was hoping to get into at Berghain. Maybe he just wanted to blow off some steam after a hard day's work at the new German Tesla Gigafactory.

Regardless, it didn't work out, and it's a reminder that money really can't buy cool points — have you seen Musk's dance moves?

We know Musk has talked about being lonely before, and that's a normal human emotion. So is the fear of rejection and embarrassment — but you wouldn't catch most of us making up the world's worst excuse for not getting into a club and then tweeting it out for the entire internet to read.