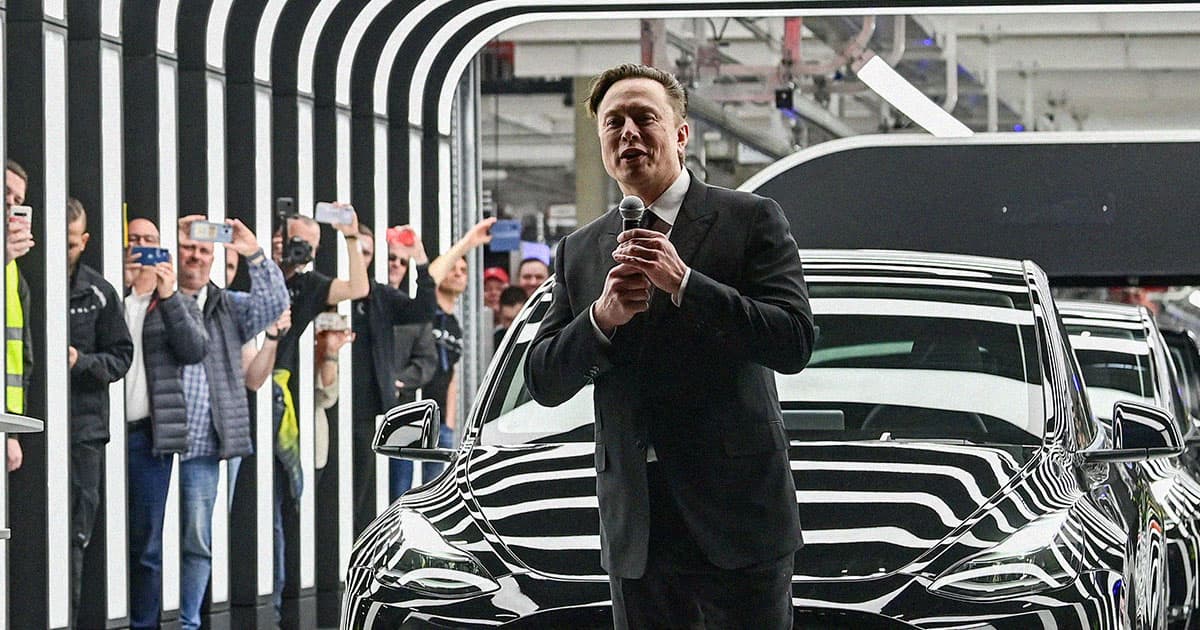 It's a bit of a tradition now. During a 2020 event celebrating the first deliveries at the company's Gigafactory in Shanghai, Musk also did an awkward "NSFW" jig and what can only loosely be described as a striptease.

So hats off, Musk. You've done it again.

The billionaire certainly has reasons to celebrate the opening of the company's massive new factory in the heart of Europe. Tesla has been put through the wringer throughout the process of constructing the factory, from major objections from locals to serious environmental concerns.

The company persevered, though, and was finally granted its very last environmental permit earlier this month.

"Excited to hand over the first production cars made by Giga Berlin-Brandenburg tomorrow!" Musk tweeted on Monday.

Now, the company has the considerable task of getting things rolling, from establishing supply lines to filling out positions.

In fact, the company's careers page is filled to the brim with hundreds of open positions at the new Berlin plant, including supervisor, engineer, electrician, and quality assurance roles.

The factory will also feature Tesla's "most advanced paint shop," according to Musk, "with more layers of stunning colors that subtly change with curvature."

It's a big day for the company, highlighted by Musk's clumsy moves. Chances are, we'll be seeing him doing another shuffle when the company opens its next plant in Austin, Texas some time this year.

And frankly, he probably deserves a little celebration.