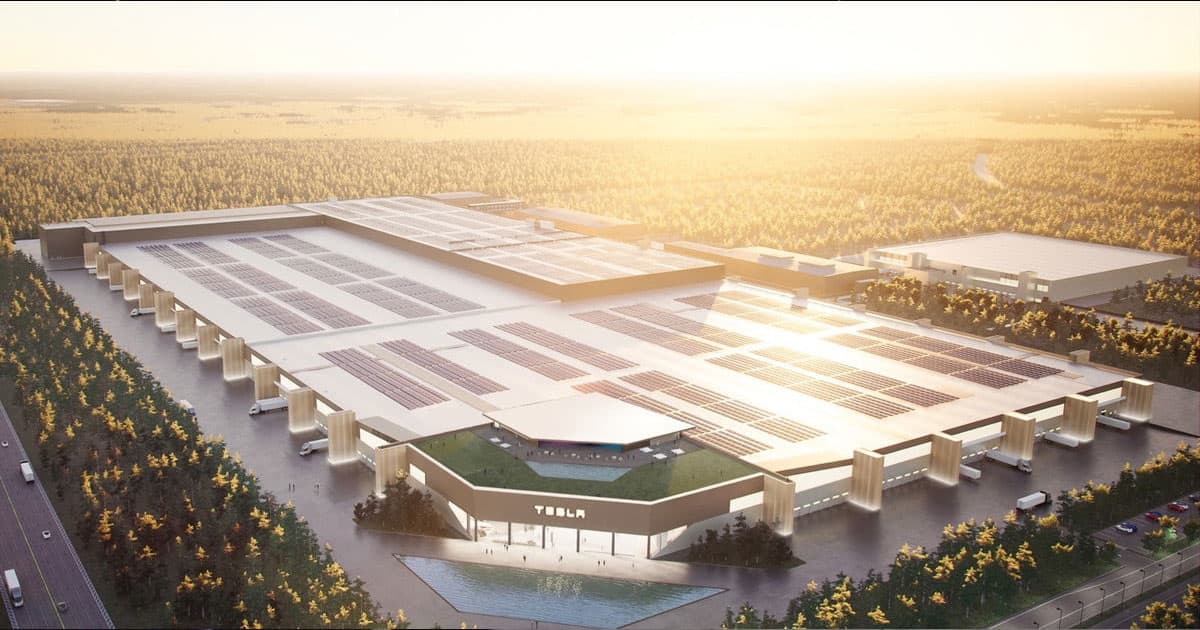 Earlier this morning, Musk shared a 3D render of what the space could look like, with expanses of trees surrounding the massive, solar panel-lined facility.

And the factory might even have a secret killer feature up its sleeve as well, likely meant to appease German techno enthusiasts working at the plant.

"Might be an indoor/outdoor rave space on the roof," Musk hinted, responding to a Twitter user asking about seeing "the rave cave rendering."

The concept isn't entirely new. In March, Musk posted a poll on Twitter asking his gigantic following if they were interested in a "mega rave cave" below Giga Berlin. 90.2 percent responded with the option "hell yes!"

Musk has plenty of reasons to celebrate. His car company's valuation sky-rocketed to a high of $1,760 on Monday as tens of thousands of new investors were pouring in from online brokerage Robinhood. The rocketing valuation also sets Musk up for yet another massive $1.8 billion payday.

At the same time, the construction of the manufacturing plant has hit several setbacks, with environmental protests concerning deforestation and worries over drinking water supplies leading to a German court ordering Tesla to cease construction, but lifting the freeze several weeks later.

German munitions experts even had to defuse seven unexploded World War II bombs at the site in January.