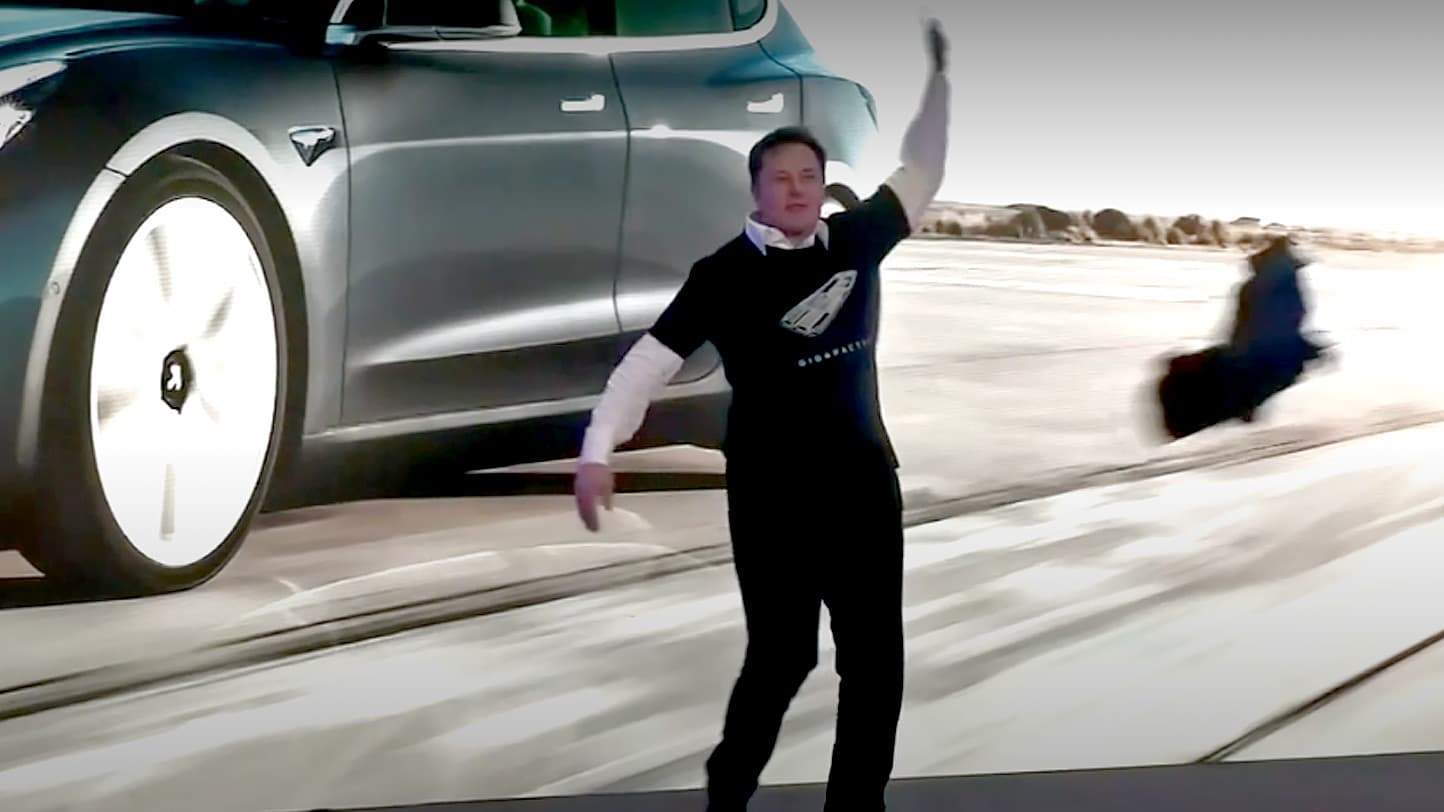 Musk — you cannot make this up — briefly does the dance from "Walk Like an Egyptian."

Musk — you cannot make this up — briefly does the dance from "Walk Like an Egyptian."

Tesla CEO Elon Musk is a billionaire. He drives exclusive cars of his own making, dates some of the world's most remarkable women, and hangs out with rock stars and rappers.

But just when you start to think, "Hey, maybe this dude is cool!" he goes and does an impromptu striptease on stage at a major event — and you remember he's really just a 40-something dad with an insane work ethic.

Musk showed off(?) his dance moves at Tesla's Shanghai Gigafactory during an event to celebrate both the launch of its Model Y program and the delivery of the first Chinese-made Model 3 vehicles to customers.

The CEO later tweeted a 15-second clip of his dance, during which he — you cannot make this up — briefly busts out the iconic moves associated with The Bangles' 1986 hit "Walk Like an Egyptian."

Musk labeled the video as "NSFW," meaning "not safe for work," which is clearly a joke, as he never removes more than his jacket. However, the lack of nudity didn't stop the audience from audibly gasping in longer clips shared from their perspective.

Biggest surprise at the Tesla gigafactory ceremony to mark first Model 3 deliveries? @elonmusk dancing on stage (part of his charm offensive in Shanghai in front of employees and government officials?) pic.twitter.com/fXnMdgkxuN