New Programmable Matter Is Born, Thanks to Interactive Quadcopters 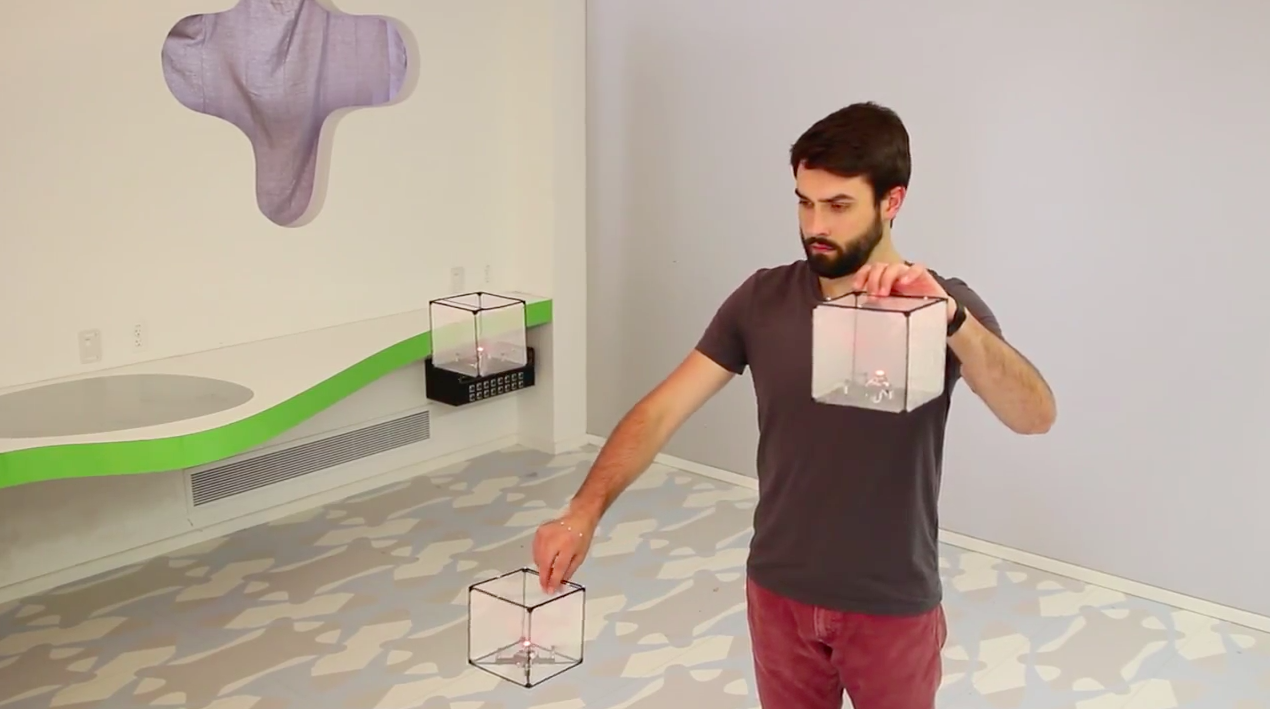 Programmable matter was seen at its ideal finest in the 2014 Hollywood sci-fi action movie, Transformers: Age of Extinction. Now, researchers from Queen’s University’s Human Media Lab, a team led by Roel Vertegaal, are taking the first few steps in realizing programmable matter through their invention, BitDrones.

BitDrones are ultimately the first step towards creating interactive self-levitating programmable matter, matter that is capable of changing its shape using swarms of tiny quadcopters. Applications of such a technology range from everything from 3D modelling to gaming. The researchers created three types of BitDrones, each representing self-levitating displays of distinct resolutions.

1.) PixelDrones have one LED and a small dot matrix display. Users can physically explore a file folder by touching the folder’s associated PixelDrone. The folder’s contents are shown by other PixelDrones flying in a horizontal wheel below it. Files in this wheel are browsed by physically swiping drones to the left or right.

2.) ShapeDrones serve as building blocks for real-time, complex 3D models. They have with a lightweight mesh and a 3D-printed geometric frame.

3.) DisplayDrones have a curved flexible high-resolution touchscreen, a forward-facing video camera and Android smartphone board that can be used for telepresence, such as through video calls.

All three BitDrones can be tracked individually and positioned in real time via motion capture technology. Users can also physically manipulate the 3D pixels in space as the system tracks their hand motion and touch. Thus, the concept is unique from the Microsoft HoloLens and the Oculus Rift as the users actually touch the pixels, making it a “real reality,” not virtual reality.

The system currently only supports a dozen drones that are about the size of the palm of your hand. So we aren't quite at the "Transformer technology" stage just yet; however, the researchers intend to scale it up in the coming years, so that it can support thousands of drones measuring under a half-inch in size, allowing users to work with more seamless high-resolution programmable matter.