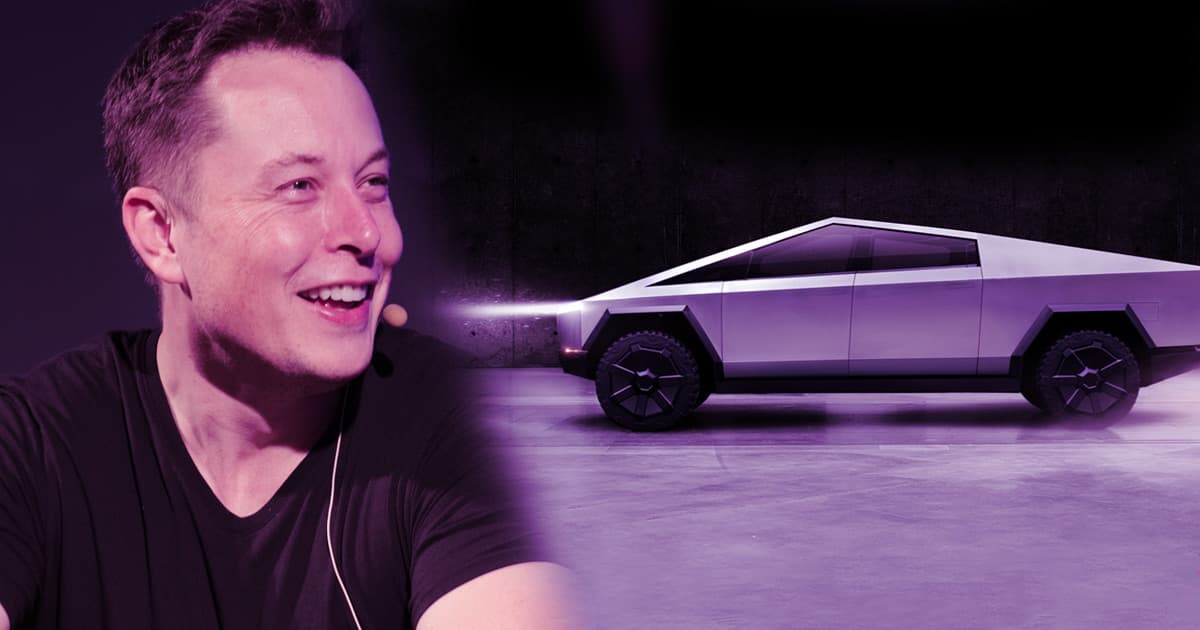 Elon Musk Admits He Worried "Nobody Would Buy" Tesla's Cybertruck

"What’s tougher than a truck? A tank. A tank from the future."

"What’s tougher than a truck? A tank. A tank from the future."

On the Third Row Tesla podcast last month, Tesla CEO Elon Musk revealed that at first, he had his doubts about the company's recently announced Cybertruck, an electric pickup with an extremely divisive design.

"I wasn’t sure if nobody would buy it or if a lot of people would buy it," Musk said, referring to the truck's November debut date, on the podcast, as quoted by CNBC.

According to the tech billionaire, the idea was to shock audiences with a bold new design.

"A lot of reasons why people buy pickup trucks in the U.S. is because it’s the most badass truck," he said on the podcast. "Which one’s the toughest truck? What’s tougher than a truck? A tank. A tank from the future."

Musk has been obsessing over the truck for a number of years now.

"It’s gonna be awesome, it’s gonna be amazing," Musk swooned on a 2018 interview with Recode. "This will be heart-stopping. It stops my heart. It’s like, oh, it’s great."

READ MORE: Elon Musk on Tesla’s Cybertruck: ‘I wasn’t sure if nobody would buy it’ [CNBC]