Doctors Use Virtual Reality in Surgery for the First Time 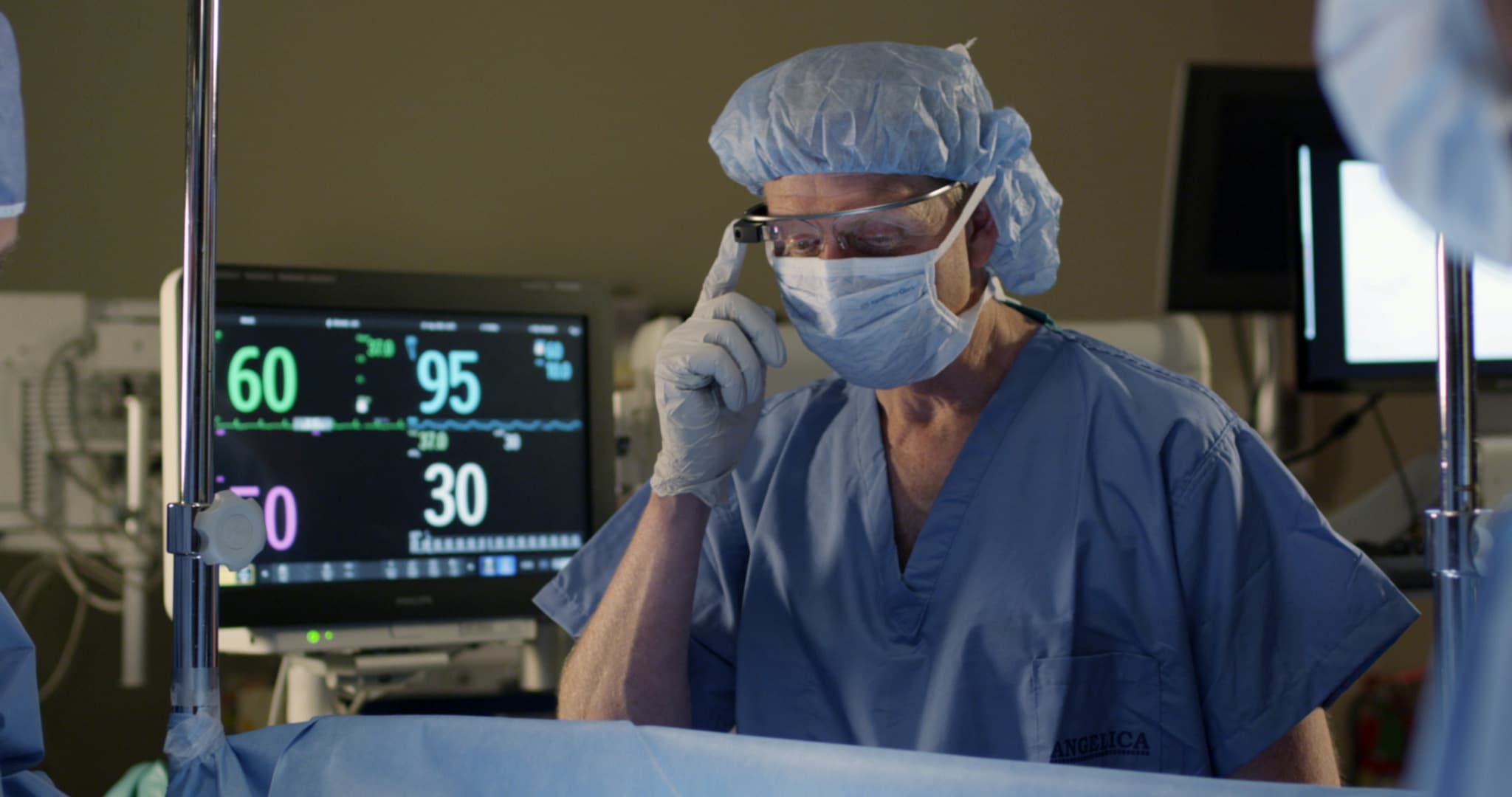 For the first time ever, doctors have used virtual reality to assist in a medical operation. Polish doctors employed a custom virtual reality system with Google Glass in order to clear a blocked coronary artery.

The patient in question suffered from a complete blockage of the artery, which is known as a chronic total occlusion. This type of condition is difficult to clear with standard catheter-based percutaneous coronary intervention because of limitations in visualizing the blockage; however, now, we have a new way to fight back.

The virtual reality system reconstructs a 3D image of the artery, which allows doctors to more accurately direct the guidewire through the blockage in order to implant drug-releasing stents. The system also has a hands-free voice recognition system that allows the doctors to zoom and changes the position of the images. The head-mounted display system also helps doctors to capture images and video while simultaneously interacting with the environment around them.

In a press release, Dr. Maksymilian Opolski, of the Department of Interventional Cardiology and Angiology at the Institute of Cardiology in Warsaw, pointed out the importance of this technology in assisting in difficult medical operations like cardiac surgery, saying that "This case demonstrates the novel application of wearable devices for display of CTA data sets in the catheterization laboratory that can be used for better planning and guidance of interventional procedures, and provides proof of concept that wearable devices can improve operator comfort and procedure efficiency in interventional cardiology."

He goes on to say that, "Mobile technology is easily accessible and offers an incremental opportunity to expand the existing open platform for mobile applications, which might in turn overcome the economic and capacity limitations of advanced angiography systems with dedicated monitors for projection of CTA data sets."