"They’ll go there first to take advantage of the fact that it is a safe ground for them to abuse or groom kids." 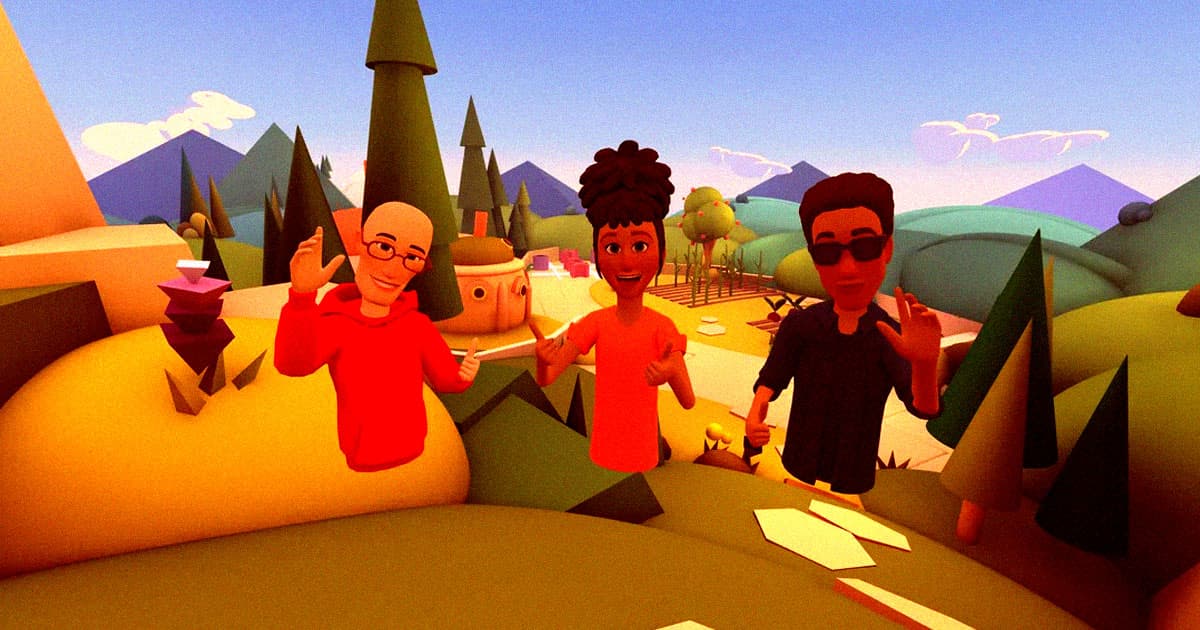 If you weren’t suspicious of Mark Zuckerberg’s metaverse fever dream already, you might be once you learn that the digital world will probably be very popular with child predators.

While Horizon Worlds, the virtual reality app from the Meta-formerly-known-as-Facebook, is ostensibly limited to adults 18 years or older, that’s not the case in practice. In fact, reviews of the app are rife with complaints of young children pestering adult users.

Sarah Gardner, vice president of external affairs at children’s digital safety nonprofit Thorn, told The Washington Post that sexual predators "are often among the first to arrive" when a new online forum that’s popular with children such as this emerges.

"They see an environment that is not well protected and does not have clear systems of reporting," Gardner told the newspaper. "They’ll go there first to take advantage of the fact that it is a safe ground for them to abuse or groom kids."

The problem seems to stem from two big factors. First, there’s the fact that children are able to easily access the app.

Then there’s the fact that Meta is doing woefully little to enforce the age restrictions despite becoming "a metaverse company," as Zuckerberg vaguely put it. Coupled with the fact that there have already been numerous instances of sexual assault on the platform, it doesn’t look like the company is doing nearly enough to protect its adult users, let alone young ones.

The company does insist that it’ll "continue to look at how people use Quest devices and how the product develops in making decisions about our policies," Meta spokesperson Kristina Milian told the Post.

"Our goal is to make Horizon Worlds and Horizon Venues safe, and we are committed to doing that work," she added.

So while the metaverse offers an intriguing — if half baked — glimpse into a new form of digital interaction, it still carries the toxic baggage and problems of the old web. If that doesn’t change, then what’s really the point?

Read This Next
Defcon Fun
Princeton Researchers Create Terrifying VR Simulation of Nuke Attack to Train US Officials
Brands We Love
Ready or Not, Inexpensive VR Sex Is Going Mainstream
Brands We Love
Realistic, Interactive VR Sex Is Finally Here, and It's Affordable
VR Gaming
Expert: VR Headsets Should Have Brain Interfaces
A Week in VR
This Guy Spent a Whole Week In a VR Headset
More on Virtuality
Biggest Loser
Feb 2 on the byte
Facebook's Metaverse Division Lost Nearly $14 Billion Dollars Last Year
Meta Marked
Jan 25 on the byte
The Metaverse Industry Is Already Going Belly-Up, for Reasons We Can't Imagine
Try Again
Jan 13 on the byte
Congress Rejects Funding the Military's Microsoft AR Goggles Because They Made Soldiers Sick
READ MORE STORIES ABOUT / Virtuality
Keep up.
Subscribe to our daily newsletter to keep in touch with the subjects shaping our future.
+Social+Newsletter
TopicsAbout UsContact Us
Copyright ©, Camden Media Inc All Rights Reserved. See our User Agreement, Privacy Policy and Data Use Policy. The material on this site may not be reproduced, distributed, transmitted, cached or otherwise used, except with prior written permission of Futurism. Articles may contain affiliate links which enable us to share in the revenue of any purchases made.
Fonts by Typekit and Monotype.