"You walk into that simulation and come out a changed person." 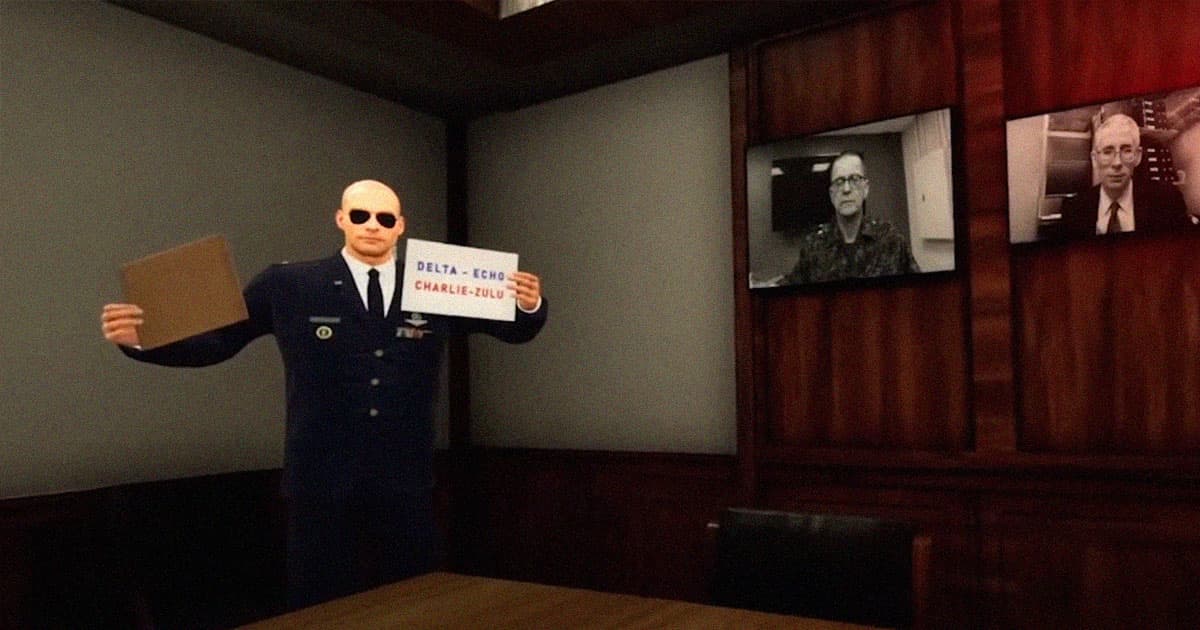 If Russia launches nuclear missiles at the US, the president — or whoever has the authority at the moment — has just minutes to react. As the clock ticks down, they'll be forced to make what’s arguably the most consequential decision in human history.

How would you handle the situation?

That’s the question behind "Nuclear Biscuit," a virtual reality simulation depicting what a president would go through during a nuclear crisis. The experience was developed by the Program on Science and Global Security at Princeton University, in collaboration with nuclear disarmament group Global Zero.

The researchers showed off Nuclear Biscuit — named for the card containing the president’s nuclear launch codes — at last year’s Munich Security Conference. Lawmakers and national security experts donned a headset and underwent the scenario in which they assumed the role of the US president and were tasked with deciding how to respond to a nuclear attack, if at all.

"You walk into that simulation and come out a changed person," Richard Burt, former US negotiator for nuclear arms control with the Soviet Union, said in a press release after his turn on the headset.

The experience begins with you at the president’s desk in the Oval Office just as you’re told that a national emergency is underway, The Guardian reports. You’re then taken to a situation room somewhere below the White House, where you’re then informed that hundreds of Russian intercontinental ballistic missiles are en route to the western seaboard.

A voice then tells you that you have less than 15 minutes to choose from three options that a Pentagon official offers regarding if and how you should retaliate. No matter what you do, millions of people will die. It just depends on how many millions you want to kill in your response, like the trolley problem on steroids.

The simulation sounds like a haunting experience that experts say accurately reflects the tension and anxiety a president would feel in that scenario.

"People felt they were making decisions under uncertainty," Sharon Weiner, associate professor at the School of International Service at American University and co-creator of the project, told the Guardian. "They wished they knew more or thought that something wasn’t clear, but there was pressure to make a decision anyway."

"I think some people pick an option just because they want to be over," she added.

The team plans to bring the simulation to Congress to allow lawmakers to experience it themselves. Weiner hopes that the folks on Capitol Hill will "see the consequences of the choices they’ve made about the nuclear weapons issue."

Using immersive VR tech is an inventive way to bring light to what exactly would happen if the US experiences a nuclear attack. Hopefully, lawmakers learn something from it — rather than doubling down on the burgeoning 21st century arms race.

READ MORE: ‘15 minutes to save the world’: a terrifying VR journey into the nuclear bunker [The Guardian]

More on nuclear war: US Officials Shocked by Chinese Missile Test That Went All the Way Around the Earth

Read This Next
To Meta Predator
Experts Warn of Child Predators in Mark Zuckerberg’s Metaverse
Brands We Love
Ready or Not, Inexpensive VR Sex Is Going Mainstream
Brands We Love
Realistic, Interactive VR Sex Is Finally Here, and It's Affordable
VR Gaming
Expert: VR Headsets Should Have Brain Interfaces
A Week in VR
This Guy Spent a Whole Week In a VR Headset
More on Virtuality
Zapped
Thursday on the byte
VR Company Shows Off Full-Body Suit That Electrocutes You Everywhere
Lethal Cringe
Feb 16 on the byte
Mark Zuckerberg Tells Employees They're Called "Metamates" Now
Buyer Beware!
Feb 14 on the byte
Insurance Company Says VR Headsets Are Causing Spike in Smashed TVs
READ MORE STORIES ABOUT / Virtuality
Keep up.
Subscribe to our daily newsletter to keep in touch with the subjects shaping our future.
+Social+Newsletter
TopicsAbout UsContact Us
Copyright ©, Camden Media Inc All Rights Reserved. See our User Agreement, Privacy Policy and Data Use Policy. The material on this site may not be reproduced, distributed, transmitted, cached or otherwise used, except with prior written permission of Futurism. Fonts by Typekit and Monotype.