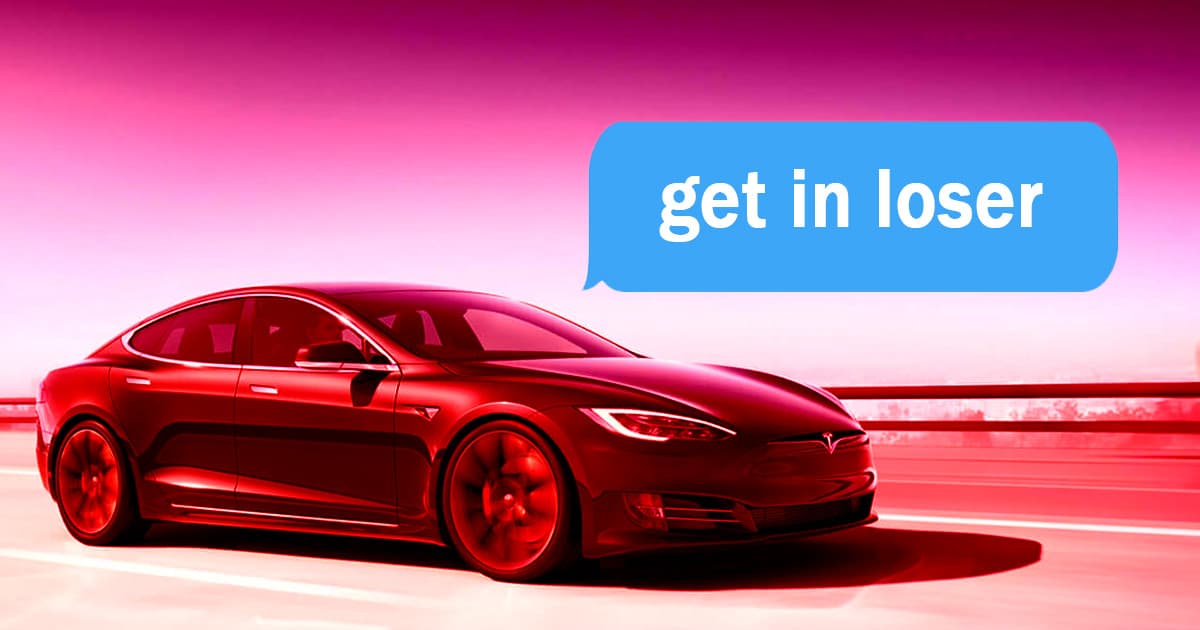 Teslas will also "fart in their general direction," Musk said.

Teslas will also "fart in their general direction," Musk said.

In a video uploaded to Twitter late on Saturday by Tesla CEO Elon Musk, a Tesla Model 3 can be heard muttering the line: "Well, don’t just stand there staring, hop in."

Teslas will soon talk to people if you want. This is real. pic.twitter.com/8AJdERX5qa

"Teslas will soon talk to people if you want," Musk wrote in the tweet. "This is real."

And of course, to keep things as Musk as possible, Teslas will even "be able to fart in their general direction," according to a follow-up tweet, a nod at "Monty Python and the Holy Grail," a movie he clearly has a lot of love for. (Tesla owners can already make their vehicles fart, but within the confines of the cabin.)

A talking Tesla might make more sense than you think. Both the US and the EU have introduced legislation that electric cars must make artificial noise at low speeds.

A law requiring new electric cars to have artificial noise systems installed already went into effect in the EU in July, while the US National Highway Traffic Safety Administration's proposal to require electric cars to make the same universally recognizable sound is still being debated, but could come into effect some time this year.

Newer Teslas already feature outward-pointing speakers, as Engadget points out, to comply with new requirements related to these laws.

More on Tesla: Tesla Is Now the Most Valuable Auto Company In US History