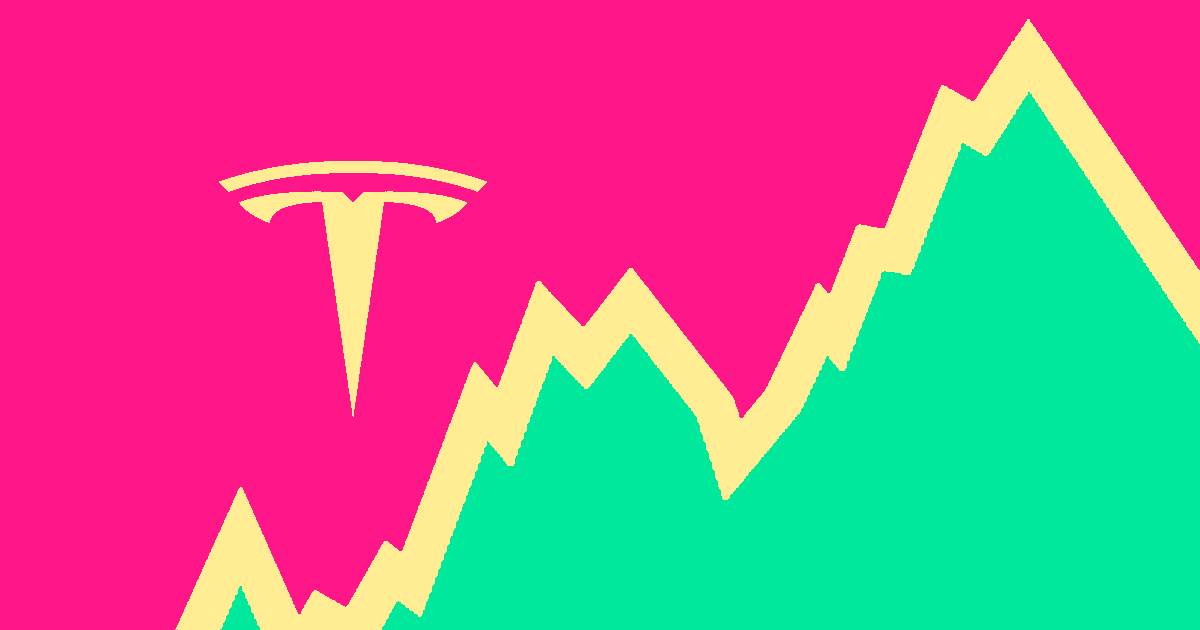 Tesla Is Now the Most Valuable Auto Company In US History

The company has yet to actually turn an annual profit.

The company has yet to actually turn an annual profit.

Elon Musk-led electric car company Tesla has had an incredible start to the decade.

Shares surged at the beginning of 2020, making it the most valuable U.S. automaker of all time with a market capitalization of $81.39 billion, passing Ford Motor's 1999 record of $80.81 billion, The Wall Street Journal reports.

And Tesla shares are still on the rise. Stocks rose to $469.06 on Tuesday, representing a boost of 3.9 percent so far this year.

While it's currently the most valuable auto maker in the U.S., Tesla's valuation is still dwarfed by its international competition. The number one spot goes to Toyota, with a capitalization of over $230 billion, according to WSJ. And the highest valued U.S. company is currently Apple, worth more than $1.3 trillion.

The boost in share price is likely linked to the company's recent successes abroad. Musk was spotted on Tuesday doing an impromptu "striptease" at the company's Gigafactory in China — a celebration of the launch of the Model Y and the first delivery of a Chinese-made Model 3.

Reality check, though: the company has yet to turn an annual profit, according to the WSJ. The figures aren't adjusted for inflation and debt, and in the second quarter of 2019 alone, the company lost over $400 million.

READ MORE: Tesla Is Now the Most Valuable U.S. Car Maker of All Time [The Wall Street Journal]