Hydrogen-Powered Trains Are Coming to Germany in 2021 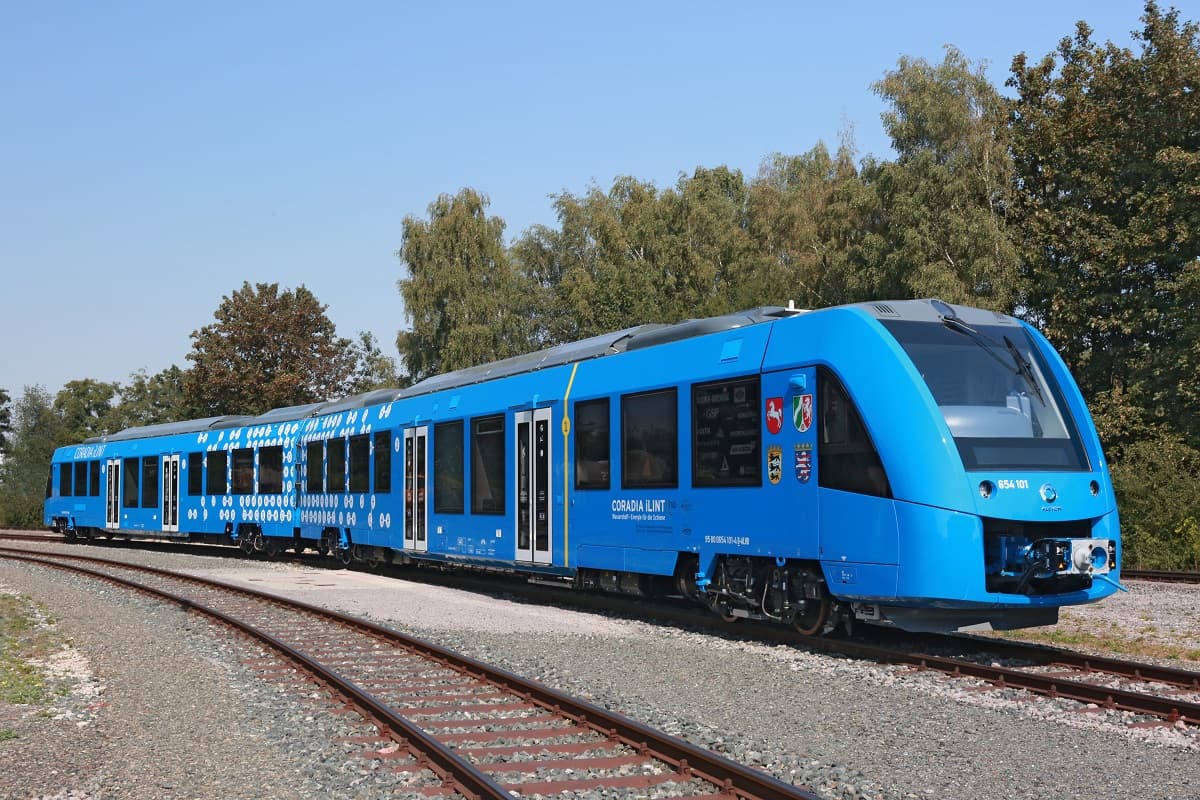 All Aboard the Hydrogen Train

As the shift from diesel engines to clean energy continues, German and French engineering company Alstom have signed a deal that will see the latter building a series of hydrogen-powered trains that will go into service starting in 2021.

Alstom stated it will build 14 emissions-free trains, called Coradia iLint, that can travel 1,000 kilometers (621 miles) on one full hydrogen tank, and can reach a maximum speed of up to 140 km/h (87 mph).

As noted by Reuters, the agreement and subsequent announcement arrives around the same time as climate change discussions were taking place in Bonn, Germany. During these talks, nearly 200 countries came together in an attempt to improve their climate change plans and develop a a global climate accord.

"This day represents a real breakthrough in rail transportation and a big step change [sic] towards a clean mobility system," said Gian Luca Erbacci, senior vice president for Europe at Alstom. "For the first time worldwide, a hydrogen-fueled passenger regional train will replace diesel trains, generating zero emission with the same performance as a regular regional train and up to 1,000 km autonomy."

Hydrogen-powered vehicles, much like Toyota's hydrogen trucks, only emit water vapors during operation, making them an incredibly eco-friendly alternative to diesel that won't produce harmful emissions and worsen global warming. Alongside the efforts of other automakers like Honda, and projects like Project Hesla, it's become apparent that people want to invest in hydrogen fuel cells, as its both cheaper and better for our environment.

Read This Next
NIMBY
Arsonists Reportedly Set Fire at New Tesla Factory Site
Hydrogen Beast
This Beast of a Hydrogen-Powered Hypercar Has a 1,000 Mile Range
Futurism
German Luxury Carmakers May Be Looking to Reverse Engineer Tesla's Model 3
Futurism
EV Competition Heats up Between Chinese Startup and Tesla
Futurism
A Company Hacked a Tesla So It Drives on Hydrogen
More on Advanced Transport
High Tide
Yesterday on the byte
We’re in Awe of Amsterdam’s Huge Underwater Bike Parking Garage
Quelle Surprise!
Thursday on the byte
Of Course Elon Musk Is Pushing The Cybertruck Back Again, What Did You Expect?
Stay Away
Wednesday on the byte
New SUV Features Electrified Door Handles and Pepper Spray Guns
READ MORE STORIES ABOUT / Advanced Transport
Keep up.
Subscribe to our daily newsletter to keep in touch with the subjects shaping our future.
+Social+Newsletter
TopicsAbout UsContact Us
Copyright ©, Camden Media Inc All Rights Reserved. See our User Agreement, Privacy Policy and Data Use Policy. The material on this site may not be reproduced, distributed, transmitted, cached or otherwise used, except with prior written permission of Futurism. Articles may contain affiliate links which enable us to share in the revenue of any purchases made.
Fonts by Typekit and Monotype.