Our take: this is probably a scam. 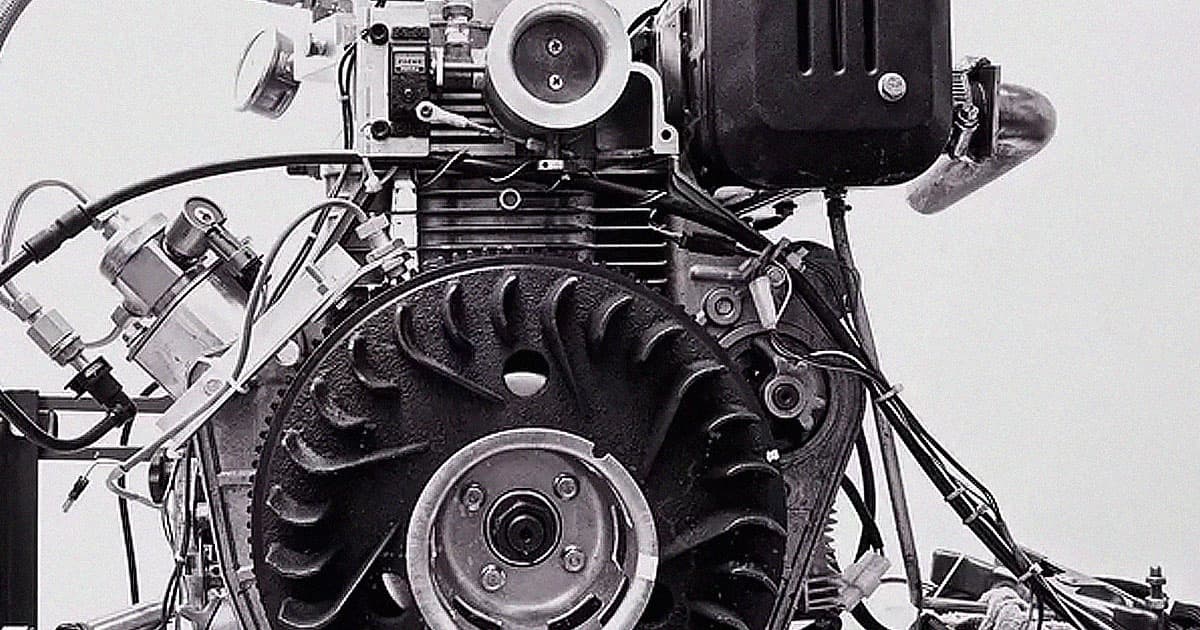 An 81-year-old man and his two sons claim they've developed a system in their garage that allows a diesel or gasoline engine to run on a mix of water and alcohol — no fossil fuel required.

If that sounds too good to be true, well, that's because it probably is.

A new Jerusalem Post story highlights the company the trio formed, MayMaan Research, and after six years of under-the-radar development, father Yehuda Shmueli says the system he and his sons created is now ready for action.

"[W]e decided that this is the right time to expose ourselves and talk to people and let the world know that such a solution exists," he told The Jerusalem Post.

MayMaan's website claims the system takes an alt-fuel made of 70 percent water and 30 percent alcohol, such as ethanol, and converts it into "a powerful and clean-burning fuel within the engine's combustion chamber."

MayMaan's team told The Jerusalem Post that existing engine designs can be converted to work with this fuel through "simple yet sophisticated modifications" and that their fuel can be pumped into a vehicle just like you would gasoline.

The fuel then supposedly powers a vehicle 60 percent more efficiently than gasoline at half the cost and with half the emissions.

As exciting as this system sounds, both The Jerusalem Post story and the company's website are extremely light on technical details.

A look at a recently assigned patent for the system, meanwhile, notes that "the combustion chamber receives a mixture of air, hydrogen, and a liquid fuel consisting essentially of water and a flammable, preferably non-fossil, substance."

That's a few more ingredients than MayMaan mentions in the story, so the team might need to head back into the garage for a bit more development before touting their tech as the cleaner, cheaper, more efficient alt-fuel of the future.

Read This Next
Netflix and Drive
Mercedes Claims to Have Achieved Level 3 Automation, Beating Tesla
Absent CEO
Tesla Investors Furious at Elon Musk for Vanishing During Crisis to Play With Shiny New Twitter
Stay Away
Tesla Is Having Extreme Trouble Hiring, for Some Reason
It Was the Tesla
Manslaughter Case Has a Strange Twist: Tesla That Killed Couple Was on Autopilot
Xxplosive
Electric Bikes Have a Small Problem: They Keep Bursting Into Flames
More on Advanced Transport
Kapow
Feb 3 on the byte
Self-Driving Car Plowed Into Active Fire Scene, Forcing Firefighters to Smash Its Window
Battery Trouble
Jan 30 on the byte
Tesla "Spontaneously" Bursts Into Flames While Driving Down Freeway
High Tide
Jan 27 on the byte
We’re in Awe of Amsterdam’s Huge Underwater Bike Parking Garage
READ MORE STORIES ABOUT / Advanced Transport
Keep up.
Subscribe to our daily newsletter to keep in touch with the subjects shaping our future.
+Social+Newsletter
TopicsAbout UsContact Us
Copyright ©, Camden Media Inc All Rights Reserved. See our User Agreement, Privacy Policy and Data Use Policy. The material on this site may not be reproduced, distributed, transmitted, cached or otherwise used, except with prior written permission of Futurism. Articles may contain affiliate links which enable us to share in the revenue of any purchases made.
Fonts by Typekit and Monotype.