A Company Hacked a Tesla So It Drives on Hydrogen

And they're calling it a "Hesla." 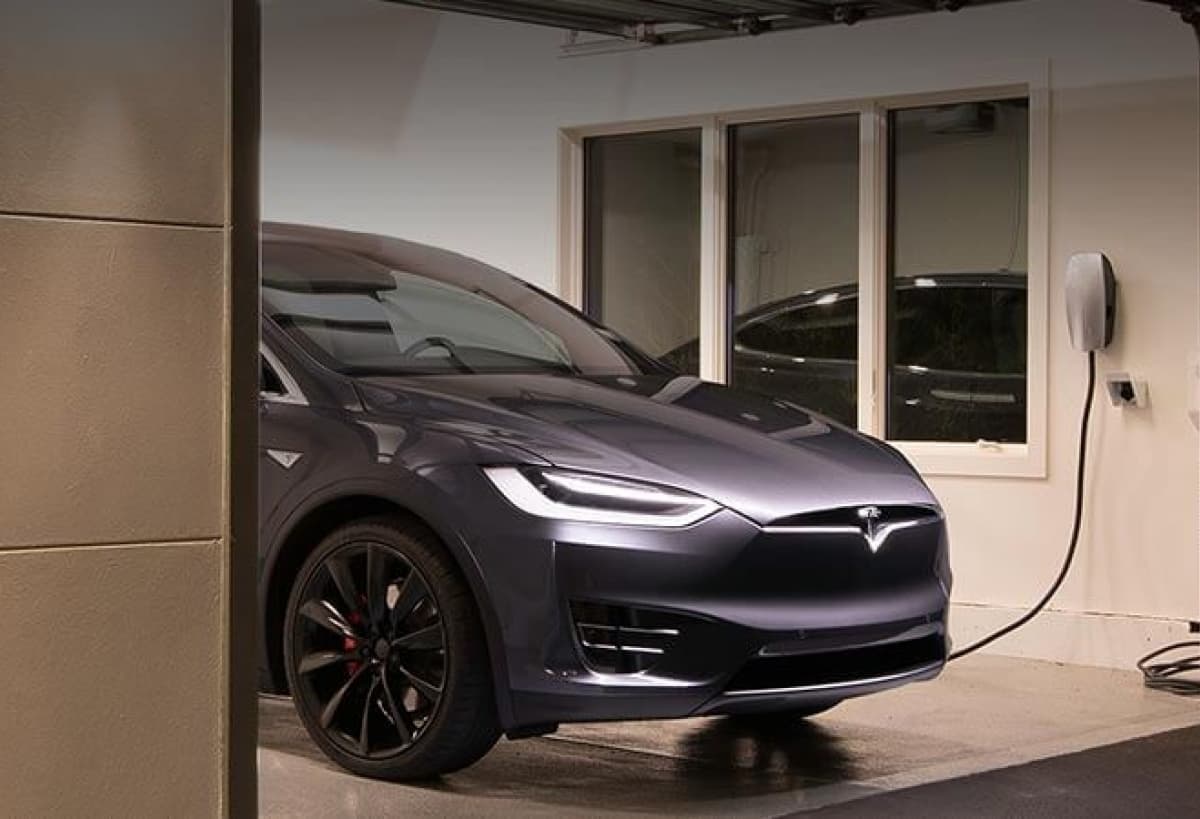 The Tesla model S is one of the most renowned electric vehicles on the market. The cheapest, 75D model, boasts an impressive range of 416 km (259 miles), while the 100D and P100D have ranges of 539 km (335 miles) and 506 km (315 miles), respectively. What if you wanted your Model S to go farther? Sure, you could stop and charge it at one of Tesla's supercharger stations, but what if you didn't have to stop and could instead drive for, say, another 500-600 km? All it would take is a little hydrogen.

As reported by The Drive, a gas supplier in the Netherlands called Holthausen Group managed to boost the maximum range of Tesla's Model S by essentially hacking in a hydrogen power source. The company's success at making an electric- and hydrogen-powered Tesla makes them the first in the world to do so. They even gave it an appropriate name: Project Hesla.

Since Tesla wasn't involved in the process, the Model S was acquired second-hand. Getting the Model S to accept hydrogen as a fuel source wasn't easy, with Holthausen Group engineer Max Holthausen calling the vehicle's system "a big maze." Holthausen had to develop and implement a workaround, which only upped the difficulty of the project.

In the end, the team made it work; the Hesla now utilizes two power sources. The first is the already-installed battery, and the second is the hydrogen stored in tanks installed inside the vehicle. It's actually fairly simple to understand how this works: hydrogen molecules are pumped into a fuel cell, where an anode removes their electrons, which pass through a circuit to the battery to give it additional charge. The hydrogen (now ions) then pass into a cathode, where they are reunited with electrons, and bind with oxygen to form water, i.e., H2O, and exit the fuel cell. Compared to the Model S P100D's aforementioned range of 506 km (315 miles), the Hesla's incredibly efficient fuel cell allow it to travel nearly 1,000 km (620 miles) using a fully-charged battery and full supply of hydrogen.

Is Hydrogen the Way to Go?

Hydrogen has the potential to become a mass-produced alternative to gasoline and even electricity thanks to seawater and a specific aluminum alloy, but don't go trying to convert your own Tesla — or any electric car — just yet.

First of all the incorporation of hydrogen power costs an inordinate amount of money. According to The Drive, the hydrogen conversion costs upwards of $58,000 dollars — tacked on top of the $79,500 Model S price tag. Then there's the issue of replenishing the hydrogen supply. It's not impossible, but not as convenient as recharging an electric car. There are only 39 hydrogen fueling stations in the U.S., with most located on the West Coast — specifically California. The other four are in South Carolina (2 stations), Connecticut (1), and Massachusetts (1).

Despite the scarcity of refueling hydrogen tanks and the cost of the entire process, Holthausen is still moving forward with its Project Hesla. The company aims to perfect its prototype, to acquire more data over the next several months. If these tests provide pertinent information, it could give other companies that have invested in hydrogen-powered vehicles the technical savvy to catch up to the race. Of those presently relevant, Honda is releasing hydrogen cars, Toyota has a hydrogen-powered truck, and Mercedes Benz debuted its hydrogen-fueled SUV in September.

These cutting-edge companies constitute the first big automakers with fully-functional hydrogen vehicles on the road, but Holthausen and the Hesla could prompt still more ambitious parties to invest in hydrogen fuel in the near future.

Read This Next
Hydrogen Beast
This Beast of a Hydrogen-Powered Hypercar Has a 1,000 Mile Range
Futurism
EV Competition Heats up Between Chinese Startup and Tesla
Futurism
Hydrogen-Powered Trains Are Coming to Germany in 2021
Futurism
Here's What We Know About the New Hydrogen Car From Mercedes Benz
Futurism
Tesla Model S Sedans to Be Used as Patrol Cars By Luxembourg Police Department
More on Advanced Transport
Kapow
Friday on the byte
Self-Driving Car Plowed Into Active Fire Scene, Forcing Firefighters to Smash Its Window
Netflix and Drive
Monday on futurism
Mercedes Claims to Have Achieved Level 3 Automation, Beating Tesla
Battery Trouble
Monday on the byte
Tesla "Spontaneously" Bursts Into Flames While Driving Down Freeway
READ MORE STORIES ABOUT / Advanced Transport
Keep up.
Subscribe to our daily newsletter to keep in touch with the subjects shaping our future.
+Social+Newsletter
TopicsAbout UsContact Us
Copyright ©, Camden Media Inc All Rights Reserved. See our User Agreement, Privacy Policy and Data Use Policy. The material on this site may not be reproduced, distributed, transmitted, cached or otherwise used, except with prior written permission of Futurism. Articles may contain affiliate links which enable us to share in the revenue of any purchases made.
Fonts by Typekit and Monotype.