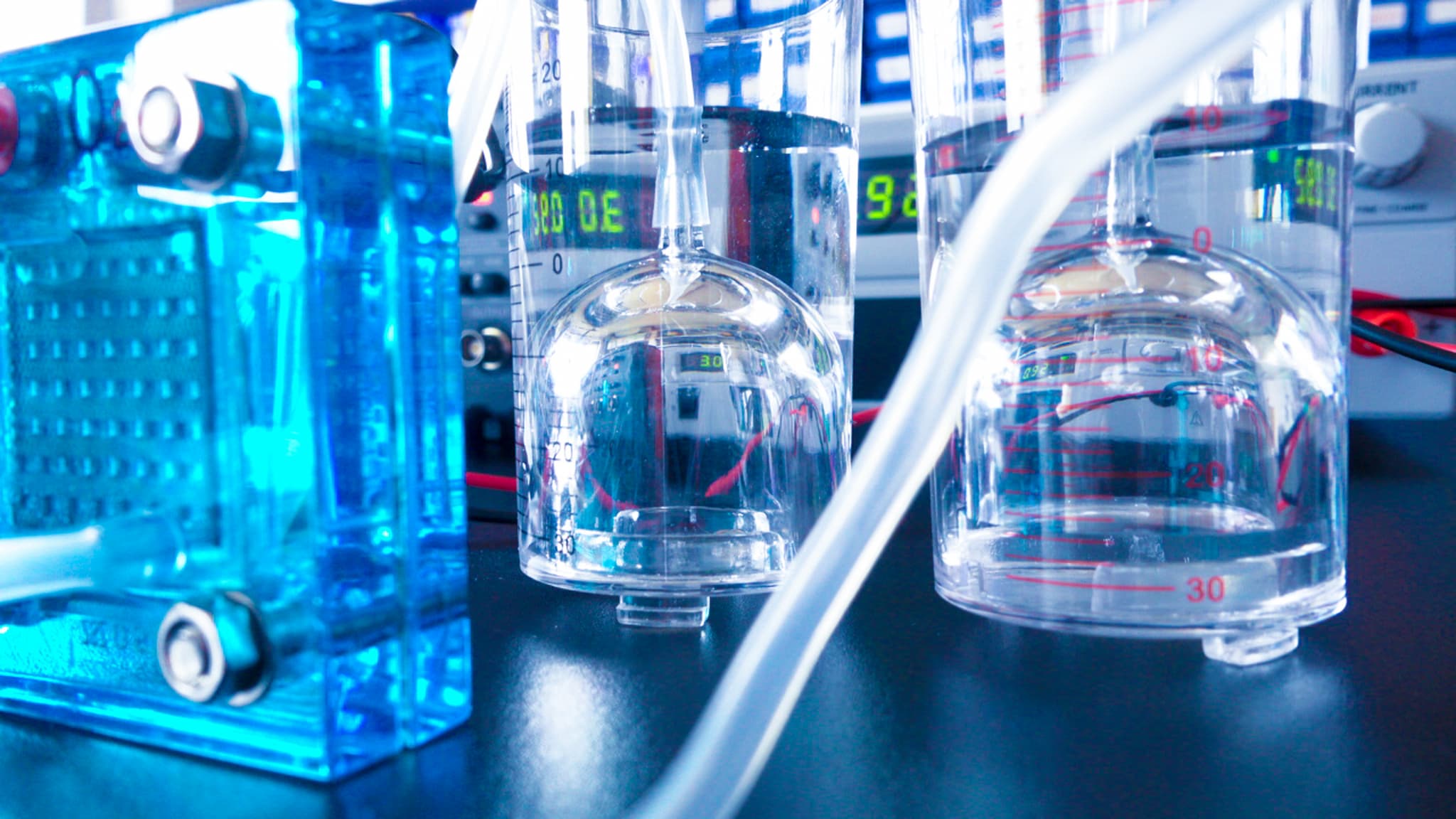 If you have seen or read The Martian, you may recall the stranded astronaut converting a hydrogen-based fuel into water. Well, we may have just discovered material that easily reverses this process. Researchers at the U.S. Army Aberdeen Proving Ground Research Laboratory were developing a high-strength aluminum alloy when they made a startling discovery. During routine testing of the alloy, water poured over its surface started bubbling and producing hydrogen gas.

This is an unusual reaction — typically, aluminum exposed to water oxidizes, creating a protective barrier to prevent further reactions from occurring. In this case, though, the hydrogen-producing reaction just kept going, signaling the possibility of a portable, affordable source of hydrogen for fuel cells and other energy applications.

This serendipitous discovery, announced in July, has the potential to reinvigorate the hydrogen fuel industry. Aluminum that could react with water in a sustainable way would be able to produce hydrogen on demand. This would make hydrogen fuel cells much easier to use since there would be no need to pressurize and transport hydrogen gas for use. Instead, simple, stable tanks of water and pieces of aluminum would be all you'd need.

Previous attempts to drive the aluminum/water reaction required catalysts or high temperatures, and they were slow. Ultimately, they were only about 50 percent efficient, and obtaining the hydrogen took hours. In contrast, the method that uses this new alloy takes less than three minutes to achieve almost 100 percent efficiency.

The new material is stable and remains ready for use indefinitely. The starting material for the alloy is inexpensive scrap aluminum, which is fairly plentiful and cheap. This and other metals are used to create micron-scale grains, which are then arranged in a specific nanostructure.

Hydrogen gas has been hailed as a clean fuel for some time, but its widespread use has been hampered for practical reasons. It is bulky, demanding pressurization, making it tough to transport and store. This is where the new alloy really stands apart.

“The important aspect of the approach is that it lets you make very compact systems,” Imperial College London fuel cell expert Anthony Kucernak, who did not conduct the research, commented to New Scientist. “That would be very useful for systems which need to be very light or operate for long periods on hydrogen, where the use of hydrogen stored in a cylinder is prohibitive.”

The army team has powered a small remote-controlled tank with this process, and they believe it should be feasible to scale up production significantly. The next step will be field testing, so that the researchers can ensure that the alloy would work in a practical setting.

If the discovery does prove effective in the field, it might be used in 3D printing. For example, the army could 3D print small robots or drones that could consume their own frames for fuel. This type of self-cannibalizing device would be ideal for one-way missions for intelligence-gathering. Drones or robots that could self-cannibalize for fuel might also someday be useful in delivering supplies into volatile areas of the world — and would disappear without hurting the environment they landed in.

Read This Next
Solar Slay
Solar Powered Machine Turns CO2 and Waste Plastic Into Valuable Fuel
Good Neighbors
German Government Says It May Keep Nuclear Plant Open After All
Unreliable Friends
Archipelagic Nation Sick of Other Countries Breaking Climate Change Promises
Brands We Love
Wondering if Solar Energy Is Right for Your Home? Find Out for Free.
Brands We Love
Residential Solar Power Seems Complicated. But This Free Service Makes It Easy.
More on Earth & Energy
Rock Battery
Yesterday on the byte
Researchers Successfully Turn Abandoned Oil Well Into Giant Geothermal Battery
Do The Worm
Friday on the byte
Scientists Name "Funky Worm" Amphibian After a Weird 70s Funk Song
Cow Chow
Thursday on the byte
Bill Gates Gives $12 Million to Flatulent Australian Cows
READ MORE STORIES ABOUT / Earth & Energy
Keep up.
Subscribe to our daily newsletter to keep in touch with the subjects shaping our future.
+Social+Newsletter
TopicsAbout UsContact Us
Copyright ©, Camden Media Inc All Rights Reserved. See our User Agreement, Privacy Policy and Data Use Policy. The material on this site may not be reproduced, distributed, transmitted, cached or otherwise used, except with prior written permission of Futurism. Articles may contain affiliate links which enable us to share in the revenue of any purchases made.
Fonts by Typekit and Monotype.