They went over 600 miles without recharging, but the trip took them 29 hours. 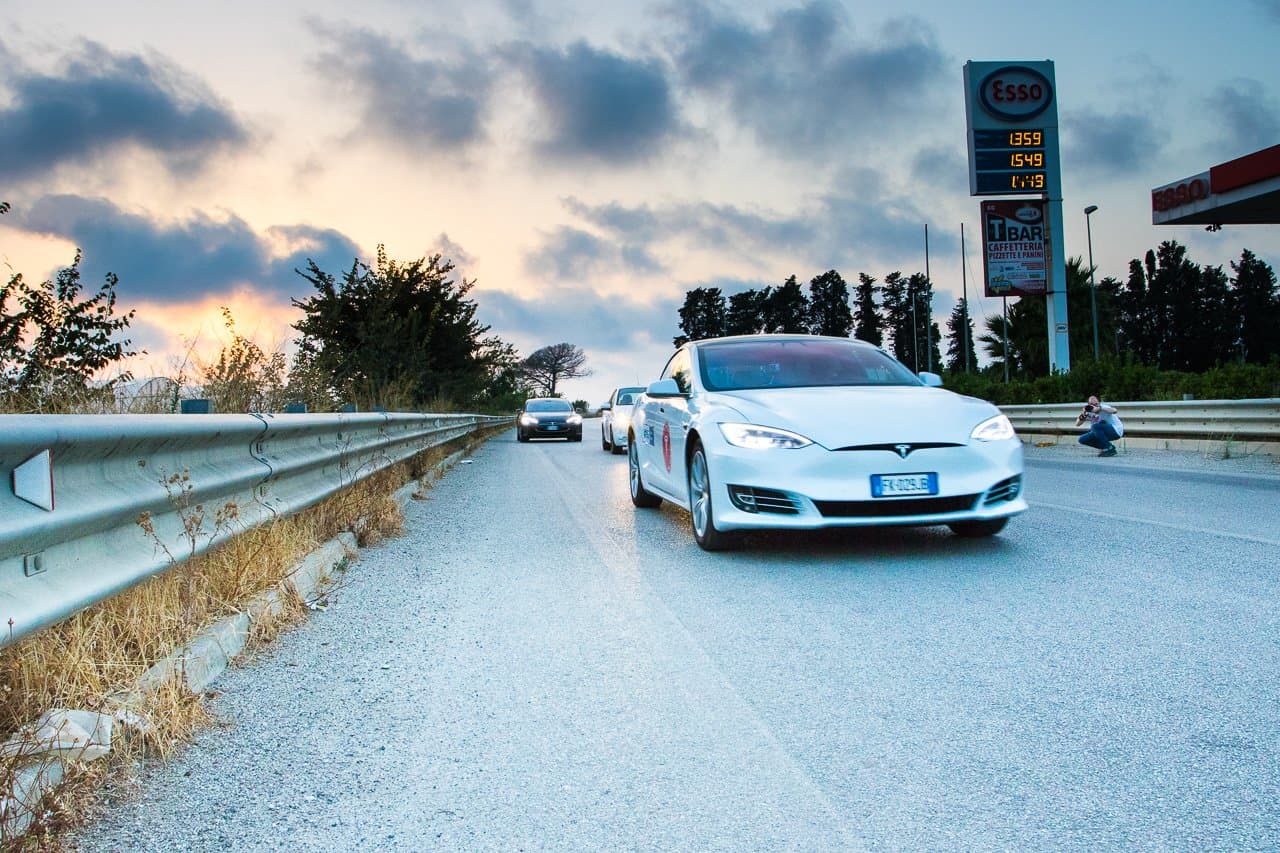 2017 has been the year to set (and break) driving records with electric vehicles. The latest record-breaking event happened in Italy just last week. Tesla Owners Club Italia drove a Model S P100D for 1,078km (669.8 miles) on a single charge, breaking the long-distance record that had been in place since June. The previous record, from Belgium, was a mere 901.2km (560 miles). This makes the Tesla Owners Club Italia the first to drive a production EV more than 1,000km between charges.

This victory is in large part symbolic, because to break the record at this point it's necessary to drive in a way you'd never want to duplicate in real life. Hypermiling, optimizing driving behaviors to maximize a charge, isn't fun or efficient from a “getting somewhere” perspective. The team toured Salerno at a sluggish 40km/h (24.9MPH) without air conditioning on low rolling resistance tires, and used Autopilot to ensure they employed smooth driving techniques to get the most from the battery. In the end, the trip took 29 hours — 29 hours that were almost certainly exciting only for serious Tesla and/or EV fans.

However, the outcome should be exciting to everyone. Although EVs are not likely to achieve mileage like this anytime soon, the basic achievability shows how far the engineering and design of EVs has come. Tesla rates the range of the P100D at 337 miles (and the range jumps up when you drop the traveling speed below 65MPH). This rate reflects the reality of a vehicle needing to stop and go, negotiate turns and uneven terrain, and handle other issues encountered on the road — all of which shrink the range. However, the achievement reveals that EVs that are truly long-range really aren't so far off in the future.