The 42-stall site will dwarf all others on the continent. 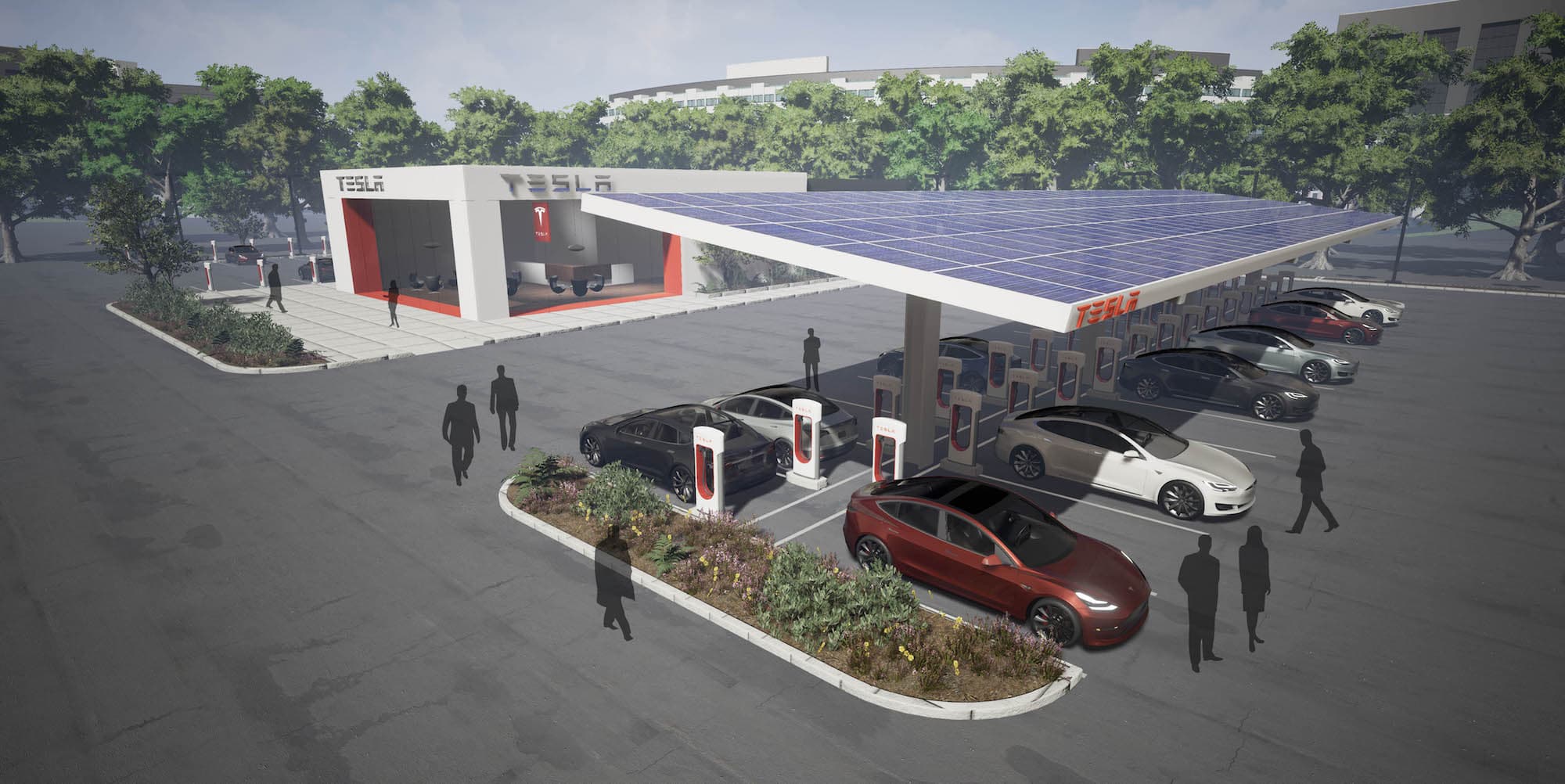 If electric vehicles (EVs) are ever going to be widely adopted, a well-developed network of charging stations must be established. Tesla has said they hope to have 10,000 Superchargers around the world by the end of 2017, and this weekend's announcement that they'll soon be building the largest Supercharger station in Europe will contribute to that effort.

Telsa will build the newly announced 42-stall site in Oslo, Norway, and the nation is a sensible choice for such a build — Norway is a global leader in the use of electric cars, having offered incentives on the vehicles since the 1990s.

“In Norway, there is a lot of interest in and increasing knowledge about electric cars, and more and more choose it as their main car," Tesla Norway's communications manager Even Sandvold told NRK. "Then it is important to have a good infrastructure, especially for long trips. We build out charging stations along important itineraries and important destinations, making it easy to go for a long trip.”

The Oslo site will be situated near the city's Rygge airport, which should facilitate integration with the country's wider transport network. While it will be the largest Supercharger station in Europe, it won't be the biggest repository of Superchargers in the world. Last month, construction began in Shanghai, China, on a charging outpost that will host 50 units.

Tesla's decision to build Europe's largest Supercharger station in Norway may seem like an attempt to fortify their position in a country where electric cars are particularly popular. However, the company isn't exactly dominating the Scandinavian nation's EV market.

In the first six months of 2017, sales of Tesla's Model S and Model X accounted for 45 percent of the entire market for electric cars in the U.S., according to statistics published by Forbes. However, the company manufactured only 15 percent of the electric vehicles sold in Norway over the same timeframe.

Tesla's construction of this Supercharger station in Oslo is a tactical move — by building up infrastructure, the company may be able to increase vehicle sales in Norway. At present, only Tesla vehicles can use these charging facilities, although sharing the infrastructure with other manufacturers is a future possibility.

While cornering the market for electric car sales is a major priority for automakers, having the best charging infrastructure could be just as lucrative. Charging points are set to become the new gas stations, and whoever is being paid for the electricity that's flowing from them into EVs stands to benefit greatly.

Read This Next
Fusion Futility
Elon Musk Slams Fusion, Says Future of Energy Is Wind and Solar
Remember Donald?
Donald Trump Goes on Bizarre Rant Against Electric Cars
Mine! Mine!
Elon Musk Suggests Tesla Might Start Mining Lithium
World is on Fire
UN Calls Elon Musk's Bluff, Providing Detailed Plan to Prevent World Hunger
Bigger in Texas
Elon Musk, Who Moved to TX For Less Regulation, Is Furious That the Power Went Down
More on Earth & Energy
Sowloon Walled City
4:57 PM on the byte
China Growing Pigs in Huge High Rise Buildings
Crust Punk
3:02 PM on the byte
Scientists Discover Molten Hell Zone Beneath Earth's Tectonic Plates
His Power
Yesterday on the byte
Scientists Develop Compound That Kills So Efficiently They Named It After Keanu Reeves
READ MORE STORIES ABOUT / Earth & Energy
Keep up.
Subscribe to our daily newsletter to keep in touch with the subjects shaping our future.
+Social+Newsletter
TopicsAbout UsContact Us
Copyright ©, Camden Media Inc All Rights Reserved. See our User Agreement, Privacy Policy and Data Use Policy. The material on this site may not be reproduced, distributed, transmitted, cached or otherwise used, except with prior written permission of Futurism. Articles may contain affiliate links which enable us to share in the revenue of any purchases made.
Fonts by Typekit and Monotype.