Musk still believes in the "big fusion reactor in the sky." 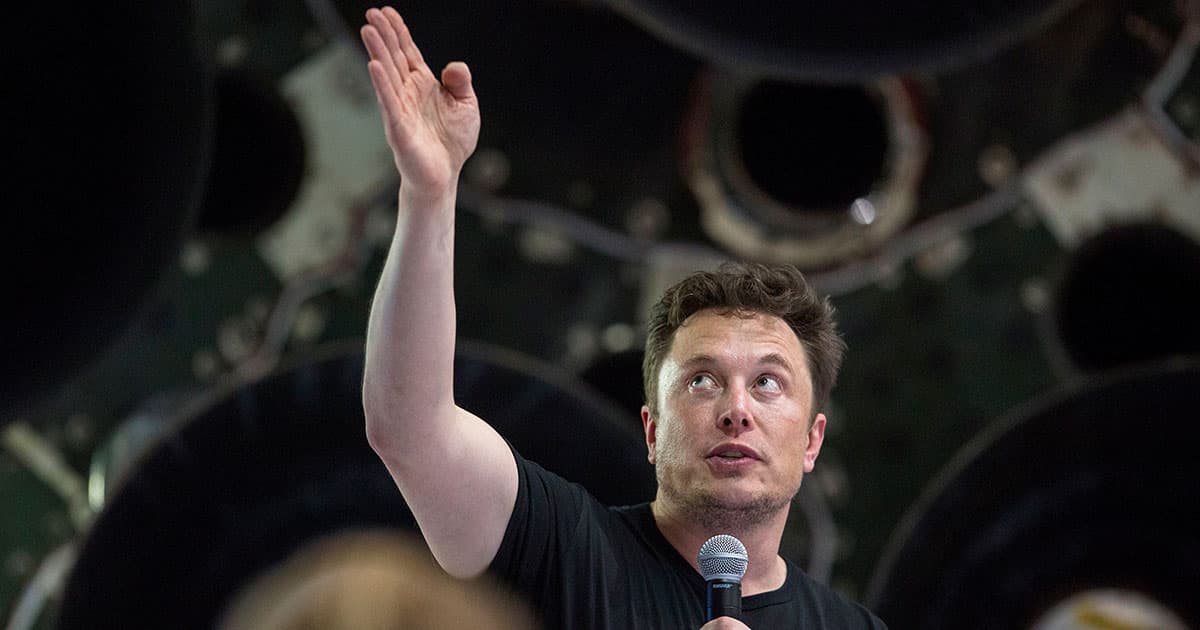 Tesla and SpaceX CEO Elon Musk isn't convinced of the long-term prospects of fusion energy, the long-deferred dream of fusing atoms together under extreme conditions as a way to generate green electricity.

As cool as that sounds, though, the richest man in the world is put off by the logistics and cost.

"Fusion would be expensive energy, given difficulty of obtaining and transporting source fuel, plus maintaining the reactor," Musk argued in a Thursday tweet. "Far better to use the Sun — thermonuclear reactor with no need to refuel or service."

Those criticisms aren't entirely misplaced, either. Try as they might, scientists have yet to crack the code of fusion, with current reactors still requiring far more energy to get started than they're able to produce, despite many decades of research.

To Musk, we already have the answer to a much greener future.

"The primary solution to a sustainable energy future is solar/wind with batteries for when sun doesn’t shine or wind doesn’t blow, interconnected with conventional high voltage lines," he added in a follow-up. "No unknown technology is needed!"

Of course, Musk's car venture Tesla is heavily invested in solar energy and battery storage technologies, so his comments don't exactly come as a surprise. And financial incentive or not, he's right that a renewable grid is a worthy goal.

The billionaire hasn't entirely dismissed fusion, but he seems to think there are already better options out there.

"It’s cool and for sure can and should be done," he tweeted last year, after a team of MIT researchers announced their compact fusion reactor was "very likely to work."

"But I suspect its best case will be more costly than wind & solar (aka big fusion reactor in sky)," he added at the time.

The jury is still very much out on the viability of fusion energy. Every year, scientists claim they've come closer to achieving fusion, a dream of a perfectly safe and entirely renewable source of energy.

But the reality has so far left much to be desired.

If it were up to Musk, seemingly, our efforts would be better spent developing renewable energy and battery storage technologies.

More on fusion: Startup Says It's Honing in on Simple Solution for Practical Fusion Power

Read This Next
Net Gain
Physicists Say New Breakthrough Proves Fusion Power Is Possible
Another Breakthrough
Fusion Scientists Claim Net Energy Gain, in Potentially Huge Breakthrough
Remember Donald?
Donald Trump Goes on Bizarre Rant Against Electric Cars
Hurricane Season
Oops! Fusion Facility Keeps Failing to Recreate Last Year's "Breakthrough" Record
Smashing Atoms
Startup Says It's Honing in on Simple Solution for Practical Fusion Power
More on Earth & Energy
His Power
Yesterday on the byte
Scientists Develop Compound That Kills So Efficiently They Named It After Keanu Reeves
Dishonorable Disc...
Monday on the byte
Scientists Alarmed by Video of Deep Sea Mining Company Spewing Waste Into Ocean
Save Yourselves
Feb 5 on the byte
Furious Marsupial So Thirsty For Sex That It’s Dying, Scientists Warn
READ MORE STORIES ABOUT / Earth & Energy
Keep up.
Subscribe to our daily newsletter to keep in touch with the subjects shaping our future.
+Social+Newsletter
TopicsAbout UsContact Us
Copyright ©, Camden Media Inc All Rights Reserved. See our User Agreement, Privacy Policy and Data Use Policy. The material on this site may not be reproduced, distributed, transmitted, cached or otherwise used, except with prior written permission of Futurism. Articles may contain affiliate links which enable us to share in the revenue of any purchases made.
Fonts by Typekit and Monotype.